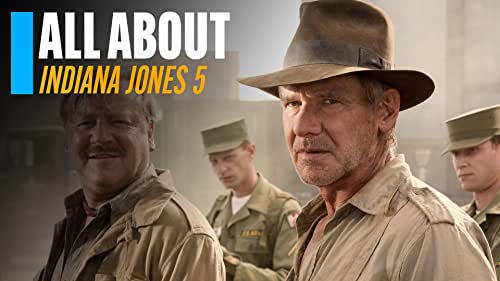 The untitled fifth Indiana Jones film is an upcoming American action-adventure film directed by James Mangold, with a script co-written by Mangold, Jez Butterworth and John-Henry Butterworth. It marks the first time a movie in the franchise is not directed by Steven Spielberg. It stars Harrison Ford reprising his role as Indiana Jones, with new cast members including Phoebe Waller-Bridge, Mads Mikkelsen, Thomas Kretschmann, Boyd Holbrook, Shaunette Renée Wilson, Toby Jones, and Antonio Banderas. The film is the sequel to 2008’s Kingdom of the Crystal Skull, and is the fifth film in the Indiana Jones film series. It is the first film in the series to be distributed by Walt Disney Studios Motion Pictures since Lucasfilm’s acquisition by Disney in 2012, and the studio’s first live-action film overall outside the Star Wars franchise since the acquisition. George Lucas began researching potential plot devices in 2008, although the project stalled for years. He passed the project to producer Kathleen Kennedy in 2012, when she became the president of Lucasfilm. Progress on a fifth film remained dormant while the company worked on the Star Wars sequel trilogy. David Koepp was eventually hired to write the fifth film in 2016, with a release date set for 2019, although this was delayed several times due to script rewrites. Jonathan Kasdan was hired to replace Koepp in 2018, and Koepp was working on the script again in 2019, before eventually leaving the project. Steven Spielberg, the director of the first four films, was originally set to direct the fifth. However, he stepped down in 2020 to serve as a producer instead, with Mangold taking his place as director. Filming began in June 2021. Shooting locations include across the United Kingdom in England and Scotland, and in Italy and Morocco.

Lucy Lawless at Minions: The Rise of Gru – an computer-animated comedy film

0
Her debut on television was 2½ seasons as a cast member in the New Zealand sketch-comedy series Funny Business. After that, she...
Read more
Film

0
The first two seasons of Atlanta are available on Hulu’s premium site, and season 3 will join for anyone with an FX subscription.
Read more
News