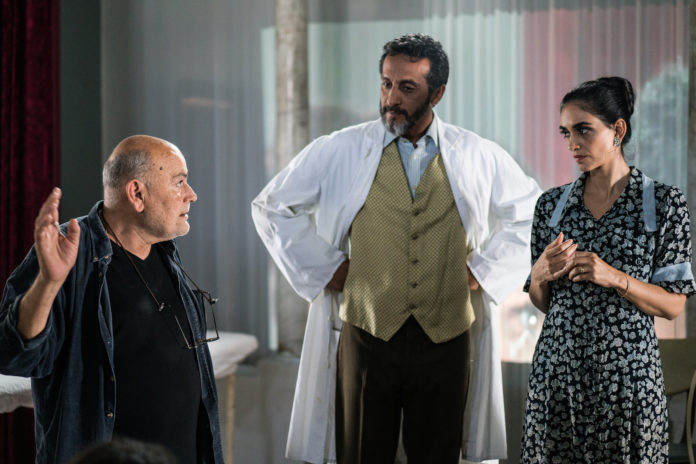 Daniel is a multi-award-winning veteran Israeli filmmaker with a record of over 10 feature-length films. His film ‘Hamsin’ (1982) is considered as the best film of the 80’s. He was born on 1946 in Shanghai. In 1949 he immigrated with his parents to Israel. After his army service he graduated Theater, and finished his studies in London Film School. ‘Acre Dreams’ is a fascinating socio-political docu-fiction inspired by the life and assassination of Juliano Mer-Khamis, the  Palestinian-Israeli director/actor/activist. From 2004 he is living between South India and Israel.

NY Glam: How did you go about casting for the film?
The cast was mixed from Israel and Palestian. The cast that we chose was living almost the same life as the character did; Haitham Omari that played Azam was indeed from the west bank and we chose Liraz Chehi as she is a real singer and actress.

NY Glam: What is the story about and how did you achieve it cinematically?
Azam Salameh,a Palestinian theater director from the West-Bank,invited
the director Dani to Acre to film interviews with old citizens who
remember the ‘Nakba’ (the 1948 war).These true evidences would be a part
of Azam’s autobiographical theater play.The play tells about a love
story between his grandmother Layla,a Palestinian singer and his Jewish
grandfather Dr.Alfasi. As the work on the play progressed,Azam had to struggle against extremists that their aim was to prevent him from doing the theater
play. Azam’s efforts to portray the truth ended in a tragedy.
The film ‘Acre Dreams’ which documented his work on the controversial
play,is the only remaining testimony of Azam’s life story.

NY Glam: Will you be attending the IFFNY festival in New York in May?
Yes

NY Glam: How long have you been making films and videos?
From the 70’s

0
10th Edition of International Filmmaker Festival of New York (IFFNY), coming up this May 21-24 with 100 projects
Read more
Film