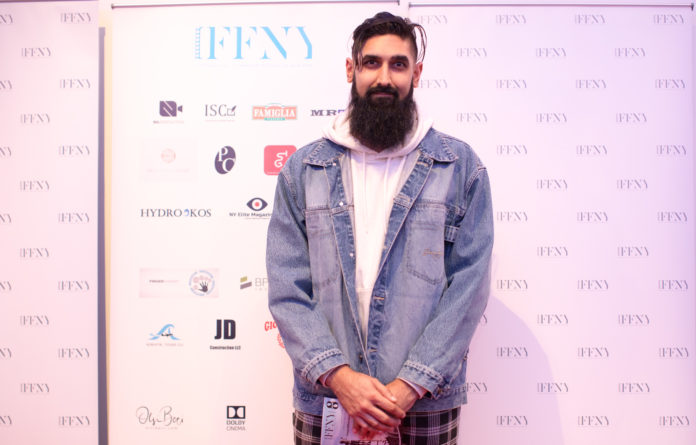 There is a lot of buzz lately about rapper, songwriter and filmmaker Taizu who is on his way to becoming the next big artist. Taizu is praised by fans for his impressive rap lyrics that instill self-awareness, social consciousness and higher intelligence. The highly anticipated debut album ZU was released on May 30, 2019 at Chelsea Music Hall launch party during All Brown Everything event. Produced by DJ Rishi Rex and Rush Vyas the album showcases Taizu as a talented songwriter and rapper.

“It was an honor to have Practice selected and screened at IFFNY. A wonderful event with talented creatives from around the world. It inspires you to continue to raise the bar. I hope to have my short film ready by next year!” said Taizu for NY Glamour Magazine.

“Creating the beat while Taizu was writing created the whole vibe of the track. Hearing the lyrics while producing the beat, made the track come together on an entirely different level,” stated Producer Rishi Rex for NY Glamour Magazine.

Taizu was joined by his producer Rush Vyas on the IFFNY Awards Gala Red Carpet Ceremony which was held on Tuesday, May 21, 2019 at Dolby Laboratory Theater.

0
Fana Tesfagiorgis strives to grow and share more of herself each day. From childhood, Fana’s family has instilled the highest regard for the both...
Read more
Art