Taizu is a brilliant rapper and songwriter who has been on fire this year with the release of his debut single and music video “Practice”. Taizu may have already been on your radar with his 2018 tracks “The End”, “Kiss” ft. Rush and “One Time” featuring Rishi Rex.

Taizu is set out to make a lot of noise this year with his upcoming album “ZU” this summer.

Taizu: I started writing rhymes/poetry during my freshman year in college. Though I dropped out, I never stopped reading and writing. I write all my own music and have been writing screenplays as well.

Taizu: Perception is reality. Most people live within their five senses. With this limitation, physical reality is the only truth they experience. This is the image you see in a mirror.

I hope it promotes detachment from the voices that consume us daily. We are constantly told what direction to walk in, what to believe in, what we should think. From birth we are shaped. We forget to question. Answers are not always what they seem. Understanding the source of your information and your frustration is critical. It is okay to question a question. Doubt is an element of faith.

Taizu: I just completed my first studio album and have material for the second and third albums in process. Hoping to release all three this year.

NY Glam: Amazing job to the entire team on the Practice music video for doing a terrific job. What inspired this project and who did you work with?

Taizu: My team really brought the song to life in the video and the original concept was from one of the executive producers of the album Zack Yassin. The idea plays off a line in the closing of verse one, “My vision clear, could see with no eyes”. Ambika Sanjana was the stylist and created the looks and blindfolds that are used throughout the video. Wesley Caspillo and Bobby Stevenson were the directors and literally my eyes throughout the shoot. Jay Soni was the “dream weaver” who brought all the pieces to form the picture.

NY Glam: We also hear that you also got some movie projects come up. Can you share with us what’s in line for you if you are allowed to say?

Taizu: I’ve been writing screenplays for all different visual mediums. Hoping after the release of the first album to maybe bring something to life as a writer and film director.

NY Glam: How do you view your role as an artist?

Taizu: Anything you do with passion becomes “The Art of …”

NY Glam: What is the current state of the music industry and where do you think its heading?

Taizu: When art evolves, it takes on many forms. As hip hop grew from ten to one thousand to one million, more voices became vocal. The technology revolution put power in the hands of the people and allowed for entirely unheard narratives, the heads of the dragon grew. Each head of the dragon has its own story though they come from the same body. It’s exciting to a see push towards the celebration of diversity and individuality throughout all the arts. Everyone has a voice, no one wants to feel unheard.

NY Glam: What impact do you want to make in arts and music?

Taizu: I hope to open dialogues currently unexplored. Curiosity is the seed of creativity. We are born knowing nothing and willing to explore everything. As we grow “wiser”, rigidity takes hold of our mind. Fear, insecurity, and self-doubt paralyze curiosity into a state of complacency. We invite all the world’s opinions into our home. We ask them to stay the night. Sometimes they never leave.

Taizu: Happiness is the ultimate goal. Money buys quality of life. Luxuries fool the senses. Success cannot be attained. It is a perspective. A mindstate. An aura you carry with you. Find your truth and live it. That is success.

NY Glam: Are there any causes that you support?

Taizu: Absolutely. I speak on many of my positions throughout my first album “ZU” and am excited to discuss them after sharing the project.

Taizu: My team and I are planning for a mini-tour after we release the album “ZU” early summer.

Taizu: Along with continuing to create music, I’d love to direct some of the screenplays I’ve written. I’ve loved filmmaking since I was a child.

Taizu: Practice makes perfect is an adage that has held its weight in water since the days of the Tao Te Ching. Repetition is the father of learning. Luck is the outcome of an action. But you have to buy a lottery ticket first to win. Entitlement is the opposite of Practice. Nothing is owed to you in this world. We all breathe the same air. When Rishi Rex was producing the beat and I started writing out the first verse, a lot of these elements begin to connect. The IDGAF vibe of the song and catchy instrumentation makes it easily relatable, but the lyrics provide new substance for the second, third, fourth listen.

From a more literal perspective, I wanted to highlight the vocal and lyrical ability which I have worked years in sharpening and fine tuning. I am a product of Practice.

Taizu: I’m excited for the release my debut studio album “ZU” early summer and then second/third albums fall and winter. I’m also working on some short films and screenplays I’m going to develop further. I just want to keep creating. 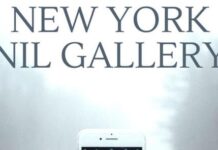 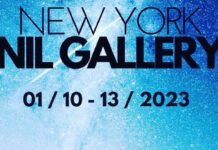 0
Australian screenwriter Andrew Emmerson is at the beginning of his career, which starts and ends with writing like crazy. Growing up in the...
Read more
Film

Kentaro Yamagishi – “It’s free and wonderful to imagine, but it takes skill to make it a concrete expression of a movie.”