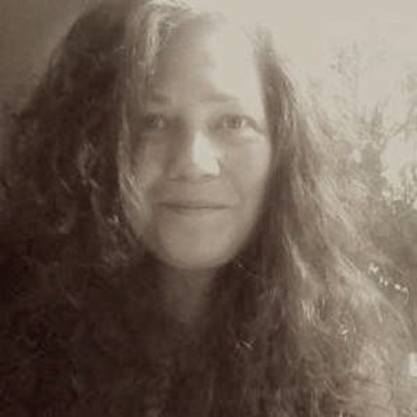 Persephone Vandegrift is a multi-award-winning screenwriter, filmmaker, playwright, and author from Central Oregon. Inspired by the human condition, she finds herself drawn to write stories showcasing journeys of self-discovery, love, and overcoming adversity, and believes it is vital to have these stories reflected back to us on screen, in books, and on the stage. In 2009, Persephone officially launched her writing career with her first full-length play, REVENGE AND SORROW IN THEBES, a reformulation of THE BACCHAE OF EURIPIDES, which was nominated as one of the top six most memorable theatre events in Seattle for that year. Since then, her plays, poetry, and short fiction have been produced and published, both nationally and internationally. In 2011, keen to break into screenwriting, she wrote and co-produced her first short film, ALL THINGS HIDDEN, which explores the ramifications of growing up with domestic violence. She followed that up with other shorts THE LAST LIGHTand THE CLOWN,and is currently working on several features and TV projects. Besides screenwriting, she is also the author of ROSEHIP: A VERY CURIOUS FAIRY, the first book in The Very Fairy Series now available on Amazon.

I’m so glad you said projects because we writers tend to have fifteen of them going at the same time! I have two historical scripts, a feature and a limited TV series, in rewrites. I have a romantic comedy that was about to go into pre-production until the first Covid wave hit and had to be put on the back burner that I am restarting from scratch. I have an early civilization novella I am slowly writing my way through.

I fall in love with so many films for various reasons. For me, it all starts with the passion of the writer and their story. My favorite stories are the ones that, when I finish watching them, make me sit there in creative awe, such as ANTONIA’S LINE, HAPPY ACCIDENTS, and the TV series DARK. I will rewatch them many times and always find something new and something I can apply to my own writing. What makes them better? It could be their simple or complex story that ropes me in, the lighting that transcends each scene, the locations that become characters, and even the production design that makes them stand out, for me. It is the best feeling when a film or TV series, in the hands of a talented director, actors, and production team unexpectedly sinks its teeth into your heart and takes it on a roller-coaster ride that you do not want to get off!

I believe it’s a symbiotic relationship between the story and the character. The story can ‘build’ the character the same way the character can ‘build’ the story. I feel it is important to listen to what your characters say, the way they speak, what their hopes and fears are, what they don’t want to say, or what they are hiding. And then put them in situations where they have to address their hopes, fears, and whatever else is holding them back. It helps make them authentic and relatable.

I am beyond thrilled because The Bridge is my first supernatural horror script that I have ‘put out there’. I usually write historical or fantasy/adventure stories. To have this story be recognized by ISC means that they believe it has legs, and that it is interesting and compelling enough to make it to this level. It is always exciting when our stories are recognized as being a good read!

My first short films All Things Hidden and The Last Light, and co-writer on a little horror short called The Pick Up.

I like to make fairy houses and lamps with beads, dried flowers, and other bits and bobs. Needless to say, I have way too many beads and bags of miscellaneous things.

Network as much as you can. Watch films, read scripts. Learn, ask questions. Surround yourself with creative people who are inclusive, passionate, and bring out the best in you, as you would do the same for them.

To publish my first novella and hopefully get few scripts picked up. I pretty much will just keep writing until my fingers fall off!

NY Glam: Where can everyone keep up with you to learn more? …social media…website.

My website is currently under construction, but please reach out to me on these other platforms.

The Flash-Feature film based on the comic book superhero, The Flash, delayed Again

0
The Flash is an upcoming American superhero film based on the DC Comics character of the same name. Produced by DC Films,...
Read more
Film

Rachel Thomas -“Getting positive feedback is certainly validating but the most important part was how it opened up these mental doors for me.”