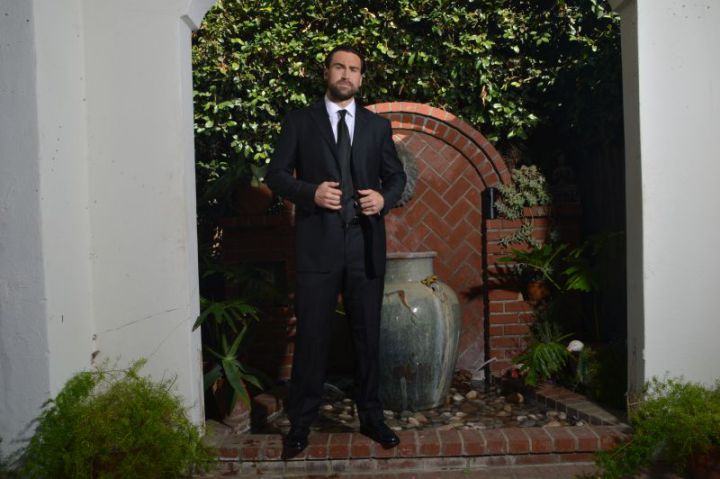 How did you come into your acting career?

Sean Stone: As a kid, my father put me in my first film as a crying infant in Salvador with James Woods.  So essentially I was ‘acting’ before I was really conscious, in movies like Wall Street, The Doors and JFK.  But I was incredibly shy, which didn’t work for pursuing acting.  So I focused more on writing, directing documentaries and even working as an editor after college on W. and The Untold History of the United States series.

Which film, was the turning point in your life and career?

Sean Stone: When I went to make my first feature film Greystone Park in 2010, I ended up playing myself in the lead role because it was a documentary-style fiction film.  That job led to more offers and opportunities, even though I wasn’t really committed to pursuing acting at that time.  When I took on acting roles, I used my writer’s mind to catalyze my craft.  Only after I realized acting was part of my oeuvre and had to be taken seriously did I finally commit to studying Meisner at the Baron Brown Studio.

Who has supported you to come into this field?

Sean Stone: I’d say my father did, without realizing it, because he put me in films the way a dad would take the video camera and record his son at a birthday party.

What is the film about?

Sean Stone:Battle Fields is the story of an Iraq war veteran picked up one day by an Iraqi Uber driver.  That might normally breed tension, but it’s exacerbated by the fact that my character, Bobby, is drunk and on the verge of suicide because he’s lost all custody of his daughter.  So he basically wants to say goodbye, then end his life…

Sean Stone: Anouar Smaine directed and acted as my co-star, along with Nikki McCauley as my ex-wife.  Amina Zhaman was a producer on it, and I knew her from a fun little short she directed me in called The Movie Man.

What makes a good scene partner? With which actor did you like working with?

Sean Stone: I enjoyed working with both my co-stars on this, but what really makes a good scene partner is commitment.  If the other actors are delivering their lines, even when the camera isn’t on them, that helps so much as a performer.

Sean Stone: Obviously big movies like JFK, Natural Born Killers, or shooting behind the scenes on Alexander were life-changing experiences, but I’d say Greystone Park was a fascinating journey.  We were breaking into abandoned mental hospitals, really experiencing frightening paranormal activity, just to collect B-roll.  I don’t think there was a member of our crew who didn’t get creeped out by the locations we used while shooting that movie.

Can you please tell us about your upcoming film/festivals/projects?

Sean Stone: My father had the biggest impact on me, but it’s difficult to quantify or describe what makes a great director.  Essentially it’s an attention to detail, a trust in your gut instinct, and the courage to express your vision no matter what the odds.  I guess the same goes for acting, just from a different perspective.

Sean Stone: I’d say being nominated Best Actor at the Idyllwild Film Festival for my role in Battle Fields.  I don’t consider myself an accomplished actor at this time, so that was a real honor.

Sean Stone: For most people it’d be Young Jim Morrison in The Doors.  For me, it’s The Fist in Fury of the Fist because he’s such a cool character who basically just drops one-liners the entire movie.

Sean Stone: I don’t consider myself a successful actor yet, but I would tell any actor, if you’re not getting the parts, write one for yourself.  Make short films or write features, but keep creating, and in the process, find out your essence as a man or woman because success can really confuse your sense of who you are if you haven’t figured that out beforehand.  Like Jimmy Stewart said, success can really turn a fellow’s head if he doesn’t watch his step.

Sean Stone: I’d like to be remembered as a revolutionary, someone who worked with principle to wake people up to the bigger issues of the planet, especially on a spiritual level.  I see media as the easiest means of affecting mass consciousness, and that is why I choose to operate through this medium, whether acting, writing, directing, producing, or hosting my interview programs like Buzzsaw on Gaia TV or Watching the Hawks on RT.

Will Arnett in Rumble movie sceduled to be release on February 28, 2022

0
Will Arnett is a Canadian-American actor, voice actor, and comedian. His most famous for playing George Oscar "Gob" Bluth II in the...
Read more
Art

0
International Filmmaker Festival of New York Open calls for it's 11th Edition of 2022 All filmmakers from around the...
Read more
Film