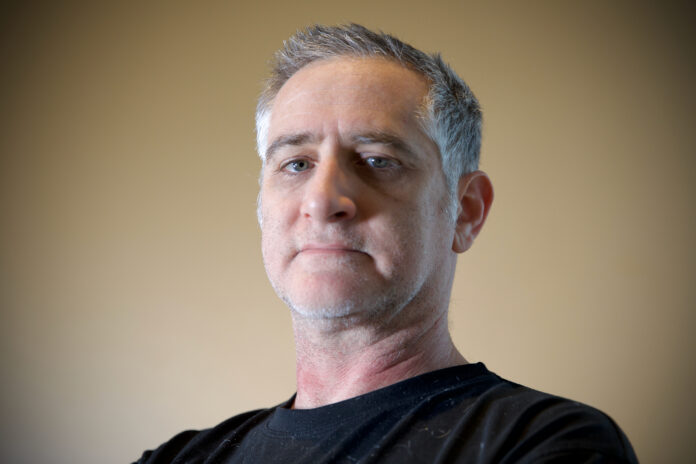 I have a day job working in visual effects for film and commercials, but I am still working hard on several of my own projects. “Seven Days” is a movie I wrote to take a different tack into the sci-fi realm, via an interesting and tense character drama built around a timeless romance story.

I have always loved movies, and I’m a sucker for awesome visuals. But for me, the story is the key. The most beautiful photography ever or the wildest visual effects mean little if the story is boring, contrived, or illogical.

For me, it is important to build out the entire character. Every major and supporting character in my film has an extensive back story going all the way to where and when they were born. I even “cast” random pictures from the Internet to help me visualize them. Having a huge amount of detail ready to go meant that even for characters with just a few lines, I could ensure that every word and action from each character fits in with who that person is, how they interact with the world, why they are there, and what they would do under intense situations.

I am proud and excited! It shows that the effort I have put into this script has been worth it, and that people are interested in what I have to say. It gives me hope that this film could eventually be made and seen by people who I believe would enjoy watching it.

For over 25 years I have worked on major movies, Super Bowl commercials, TV shows, video games, music videos, and stuff far beyond what you would even imagine as visual effects, so it’s hard to pick my favorite 3. I would have to go with (in no particular order):

I am working on a series of LEGO stop motion shorts where LEGO Darth Vader takes the place of famous movie characters. In the first, Vader is Peter Bateman in the business card scene from “American Psycho” matched frame for frame (at 6 frames per second). The technical challenge of shooting stop motion at LEGO scale makes it fun for me personally, and the end result is a comedic homage to some of my favorite movie moments.

You won’t have a career if you don’t try. Write your stories, make films, take pictures, make music, be creative. I can’t say life won’t make it hard, but there will always be times when you have the choice to do something. Make that choice, and do that thing. Put it out there. Learn from it, and try again. Oh, and love your mistakes, because they are unavoidable and often lead to incredible breakthroughs you never even imagined.

In my day job, you will be seeing the results of my work in commercials and several popular TV shows and movies, most of which I’m not allowed to talk about because of NDAs, but of course I am only a small part of those large creations. I also hope you also get to see news about my movie, and I have a list of the LEGO shorts to make to help me realize my own dreams of filmmaking that I’ll be working on this year.