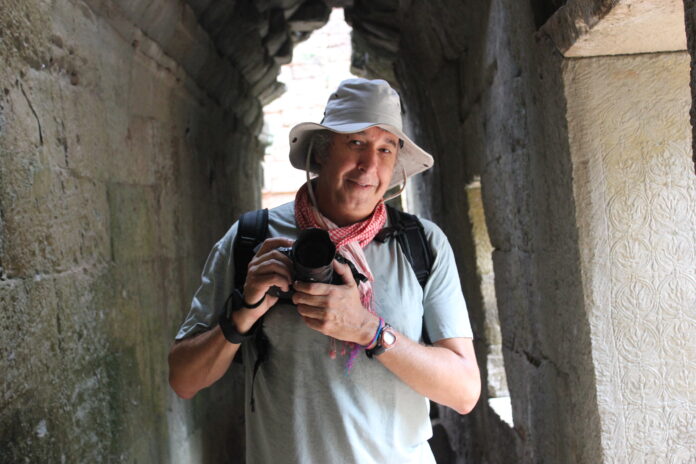 Ricardo Preve is an Argentine award-winning documentary and fiction producer and director who, after an early career as a manager of agricultural and forestry resources, entered the film industry in 2001. He has credits with National Geographic, PBS, Discovery, Al Jazeera English, and other international television networks. He currently lives in Charlottesville, Virginia, in the United States.

I was born in Argentina into an Italian-Hungarian family, and from an early age led an international life. As a child I lived in both Argentina and Italy, but was educated in a Swiss school, and so I became fluent in 5 languages. I spent a considerable part of my youth in the forests of northwest Argentina, which were later destroyed by industrial agriculture, and this led to my life-long interest in the environment, and to my education in the fields of forestry and environmental sciences.

My parents did not approve at first of my transformation into a film maker, although in the later years of their lives they attended the premieres of my films. My mother used to tell me “This thing of the cinema is not for you”. To remind myself of this, I jokingly named (in Spanish) my Argentine film production company “This thing of the cinema”.

I am currently in post-production of a new feature documentary: “From Sudan to Argentina” about the life history of Dr. Abraham Rosenvasser (1896 – 1983), a self-taught Argentine Egyptologist who in the early 1960s led a series of archeology expeditions in the Nubia region of northern Sudan, and rescued from destruction (from the construction of a dam on the river Nile) thousands of cultural treasures from the time of the pharaohs.

I produced and directed the documentary, which was filmed in California, and in Argentina. A second unit of Sudanese filmmakers shot footage in Sudan.

The Sudanese filmmakers had to (literally) dodge bullets as the filming took place in October, 2021 shortly after a military coup occurred in the country. It was also a challenge to get the material filmed in Sudan to the post-production laboratory in Buenos Aires, something we were finally able to accomplish through a European embassy in Khartoum.

In “From Sudan to Argentina” I seek to rescue the forgotten figure of Dr. Rosenvasser, who single-handedly saved a cultural heritage of incalculable value from destruction. The artifacts he saved, including some of the walls of a temple built by the great pharaoh Ramses II, are today in the National Museum of Sudan in Khartoum, and in the Museum of Natural Sciences of Argentina.

When I worked at National Geographic Television, we used to say that 90% of making a film was access to a unique and interesting story. So, for me, a film needs to have a compelling story, without that, there is no movie. The other two characteristics that I would also look for are interesting characters, and good story-telling techniques, like an uncertain ending.

The two most important projects that helped launch my early career were “Mondovino”, a feature documentary which was directed by Jonathan Nossiter, where I was a co-producer, and which was one of very few documentaries to be an official selection at the Cannes Film Festival (in 2004); and my work for National Geographic Television, in particular “Child Mummy Sacrifice” which won an Emmy award nomination, and was shot in the region of northwestern Argentina where I grew up.

NY Glam: What criteria do you use to select your team?

I tend to work with the same people over and over again, as I like to build long-term professional and personal relationships with those who work for me. Some have been associated with my films for more than 20 years.

My first documentary “Chagas / A Hidden Affliction” led to a significant improvement of public knowledge about the Chagas disease, which is a terrible illness that affects mostly poor Latin American peasants. A later documentary for Al Jazeera English on this same subject was promoted by soccer superstar Leo Messi of Argentina.

As soon as I finish my current project, I am going into pre-production of a new feature documentary, “Pathways”, which tells the stories of undocumented migrants living in Virginia.

I faced a huge amount of pushback from people in the industry when I started a film career in mid-life, and completely lacking in a formal film education. Be prepared to have to surmount many obstacles but, although it sounds like a cliché, perseverance pays off. If I made it, anyone can!

Manisha Gupta – “Have always loved photography and making travel videos much before stumbling into filmmaking.”

Wes Fisher – “To be a great producer, you need to have confidence in yourself first and foremost. Know what you want and go...

Jean-Luc Servino – “I have only one rule: it is imperative that the rotten apples are removed. “

0
1. Rich nations will continue to stand in the way of making vaccine distribution equitable, prolonging the pandemic. 2. The US...
Read more
Film