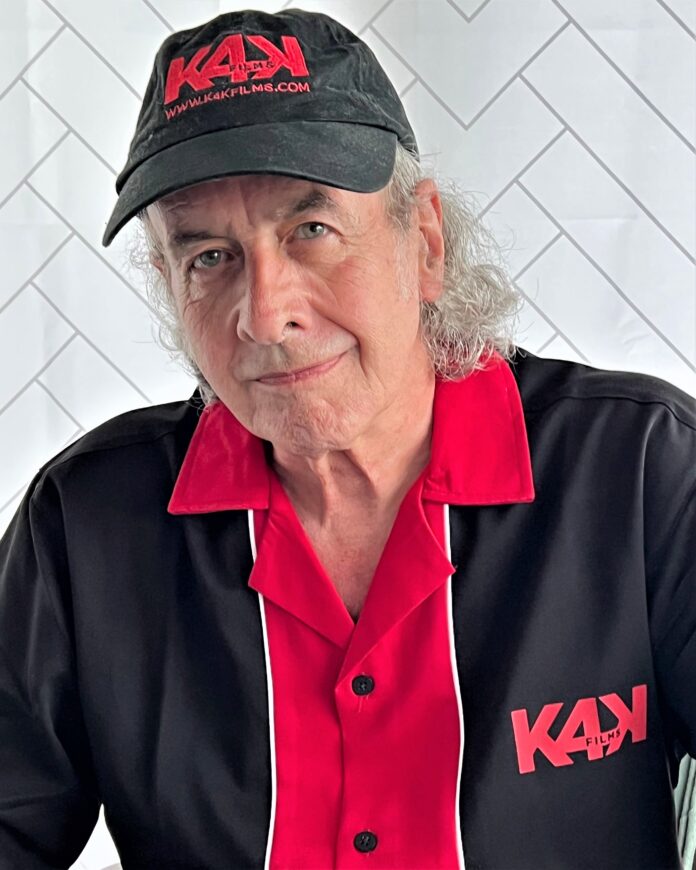 Kevin Short, critically acclaimed former Royal National Theatre actor, and award-winning writer for film and stage, is best known for his award-winning feature ‘Punk Strut – the Movie’. Several other short films have won awards on the Festival Circuit, namely ‘The Creature from the Bag Lagoon’ – a humorous reminder to recycle – and ‘Run Hermes’ – in support of the Nobel Prize winning anti-nuclear weapons organization ICAN. Kevin’s stage work includes being co-writer and director of ‘Flying into the Sun’ for the Royal Opening of the Charles Cryer Theatre. Producer and promoter of 200+ Edinburgh Festival Fringe events, winning Best New Play, Best New Venue, and several Spirit of the Fringe awards. Kevin’s other features as writer/director include the award-winning semi-autobiographical ‘A Reel Life’ and ‘Speed Love’ which stars several well-known British actors, including the celebrated First Lady of the Musical Elaine Paige OBE in the lead role. His most recent feature is the multi-award-winning ‘Tom and his Zombie Wife’ and another award-winning screenplay ‘Will’s Secret’ (based on John Hole’s novel) which explores the relationship between playwright Christopher Marlowe and Shakespeare.

I am busy promoting two newly released award-winning features: ‘Punk Strut-the Movie’ and ‘A Reel Life’, both distributed by Bayview Entertainment, and also working on the development of a third award-winning feature ‘Tom and his Zombie Wife’ which is screening at many festivals just now.

I love films that offer new ways of showing how the complexities of life affect us, whether through fantasy or stark cruel reality.  Sharp, concise, true to life dialogue combined with imaginative visuals and great sound design are what I look for.

I think it’s always good to write about things and people you know. I usually have a person, even an actor, in mind when I begin writing a character. The character may become exaggerated or even surreal sometimes, but at its base is a real person, with recognizable physical and emotional characteristics.

NY Glam: How important is for you being a finalist at ISC?

I am thrilled to be a finalist. ‘Poker Nite’ was written just before covid days and might have been produced in the UK before restrictions hit, so, for ISC to acknowledge it now is an important development that may help to move the piece into production in 2022.

I have always been interested in many creative forms, I trained in music, song, dance, and drama, and even today I write songs (on guitar and ukulele), plays and poetry, and have even been known to tap dance from time to time.

NY Glam: What advice would you give to someone who wants to have a career in film?

Research and study all the great filmmakers and their films.

I am hoping ‘Poker Nite’ will go into production and that a distribution deal for ‘Tom and his Zombie Wife’ (a homage to the great George Romero) will be forthcoming.

NY Glam: Where can everyone keep up with you to learn more? social media…website

10 Oldest Books In The World

0
One of the oldest book in the world discovered in Spain in 1860, The Madrid Codex . The book is written...
Read more
Film

Sharon Stone and her upcoming movie