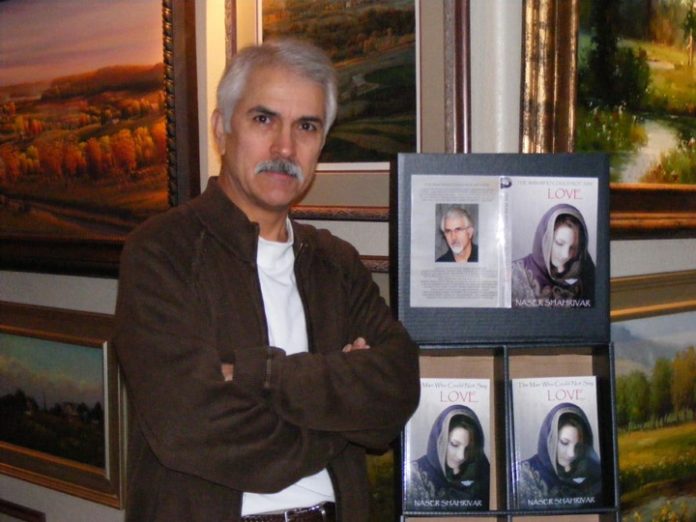 Naser D. Shahrivar is a visual artist and has been since childhood. In his retirement years he has added the profession of author and screenwriter to his achievements.

Naser is a graduate of Louisiana Tech University in Ruston, Louisiana with a degree in Art. He came to the United States to attend college after completion of a four-year electrical technical degree with the intent to gain a degree in Architecture and later switching to art his true calling. He had his own graphic and arts business for many years gaining respect from fellow business owners for his talents. He taught classes and created his own originals which were on exhibit at several Fine Art Galleries. At present his work is shown at the Kavanaugh Art Gallery in Des Moines, Iowa and at the James Krom Natural Images Gallery in Rochester, Minnesota.

Naser’s most recent achievements were to be selected to show in the “It’s All About Art” Show at the Cedar Rapids, Iowa Art Museum in November 2019. He was selected as top ten artist to watch and featured in the Feb/Mar 2010 issue of International Artist Magazine with his creation titled “Morning Calm”. Naser continues with his love of art although now he divides his time between it and his love to write and storytelling.

At the present time Naser is working on three additional novels. The titles of the upcoming mentioned are: “The Call of Evil” Romance/Adventure – “Doctor Schmidt” Turn of the Century Romance/Adventure – “The coming of Zaal” Fantastic/Adventure of the ancient Zoroastrian period. Lastly, he is writing a small-scale booklet of health and how to live with diabetes and kidney failure.

Revisions of the “The Persian Lover” screenplay, Three novels: “The Call of Evil” romance/adventure, “Doctor Schmidt” a turn of the century romance, “The Coming of Zaal” fantastic/adventure of the ancient Zoroastrian period, as well a small-scale booklet of health and how to live with diabetes and kidney failure.

If it doesn’t make you laugh or cry or awaken your emotions in some way I feel it is lacking. A good film must captivate the viewers’ attention from the beginning and keep them in their seat, if it does not do this it is not worth my time.

Making the character to be human and allow the viewer to connect and relate.

A play about King Cyrus which was featured on television which I was involved in the directing, lighting, and stage set up. “Mary Poppins” play at TCR theatre as I partook in stage design construction crew. “The Persian Lover” in the writing of the novel and creating and self-publishing into an e-book as well as transforming it from novel to screenplay.

Yes, as a two-dimensional artist which shows expression in his art with a great amount of diversity.

Persistence and do not give up. Welcome criticism from others. Watch movie after movie taking note of the way the film climaxed. Get involved with local theatres. Lastly think of stepping into Spielberg’s shoes.

In 2020 my plans are to complete two novels and transform them into screenplays. 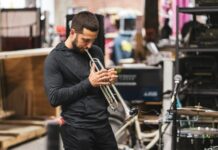 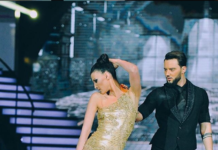 “Keep pursuing your dreams and whatever makes you happy!”- Hila Naus

Hila was born and raised in Bnei
Brak, Israel. She attended all-girls...

Kurt Rosenberg , is an entrepreneur, an avid world-traveler, a...

Xue Chao , an award winning director, grew up in...