Veronica R. Tabares is a writer by day, and by night. From novels and screenplays to picture books, she is known for her witty style that effortlessly elicits laughs but never blushes. Growing up in Memphis, Tennessee, she realized she wanted to become a storyteller the moment she read her first few words.

Throughout her creative journey, Veronica has earned extensive acclaim for her work. Her book, “Gray Zone” won Bronze in the Feathered Quill Book Awards’ Juvenile/YA category and a number of her screenplays were finalists in various prominent contests. To date, she has a grand total of ten books in print (and counting), including three sci-fi novels, three fantasy novels, one YA contemporary novel, and three picture books.

While she’s a southern girl at heart, Veronica R. Tabares currently writes and resides with her wonderful family in Seattle, Washington. When she isn’t crafting fantastic stories, she spends the bulk of her time thinking about the cosmos, time travel, archaeology, and everything in between.

I had so much fun adapting one of my screenplays into a novel that I have a few others that I plan to take through the same process.

For me, it’s all about connecting to the characters. I need to feel I really know them.

You must be able to see the character’s humanity. Perfect people don’t exist in the real world, and they shouldn’t on the screen, either. They should love, hate, envy, sacrifice, gloat, strive to fix their mistakes, and whine, just like people in the real world.

Everybody has favorites. My current favorites are:

True Story of the Perfect 36. (Which explains why I adapted it into a novel.) It’s a historical sci-fi. The story is about preteen sisters and a man from a thousand years in the future who head back in time to Nashville of 1920 to thwart the plans of a schemer who wants to stop women from getting the right to vote.

Stone Woman. It’s the very first screenplay I ever wrote, so of course it holds a special place in my heart. It’s a paranormal adventure thriller. In it a couple honeymoons in Belize, but the honeymoon is interrupted when an anti-American police chief frames the husband for murder. As the wife struggles to get him released—resulting in a number of adventures—she finds that the only one on her side is the silent ghost of an ancient Mayan woman.

Haunt for Hire. In this quirky paranormal comedy, a family enlists the help of a ghost to save themselves from a vindictive neighbor. When the neighbor moves away, they start a haunt for hire business and learn that even ghosts can be haunted.

I was a novelist before I became a screenwriter, and I still adore writing books. And I cook. Many of my creations are edible.

A career, any career, takes patience and hard work. Filmmaking is no different. Keep plugging away. One day you’ll look up and BAM, you’re exactly where you always wanted to be.

I have several story ideas (I count seven) fighting for dominance in my brain. And although any one of them might manage to elbow its way to the front, the current frontrunner involves some unusual creatures I dreamed about several years ago and Christmas.

I’d be very surprised if 2021 dawns without that scrappy little story becoming a full-blown screenplay. 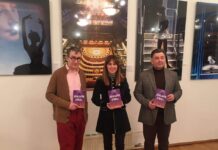 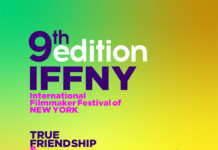 0
Manuela Berlanga, 33, graduated with a degree on Education in the city of São Paulo, Brazil. After 12 years of working in...
Read more
Art

“Persistence and do not give up” Naser D. Shahrivar