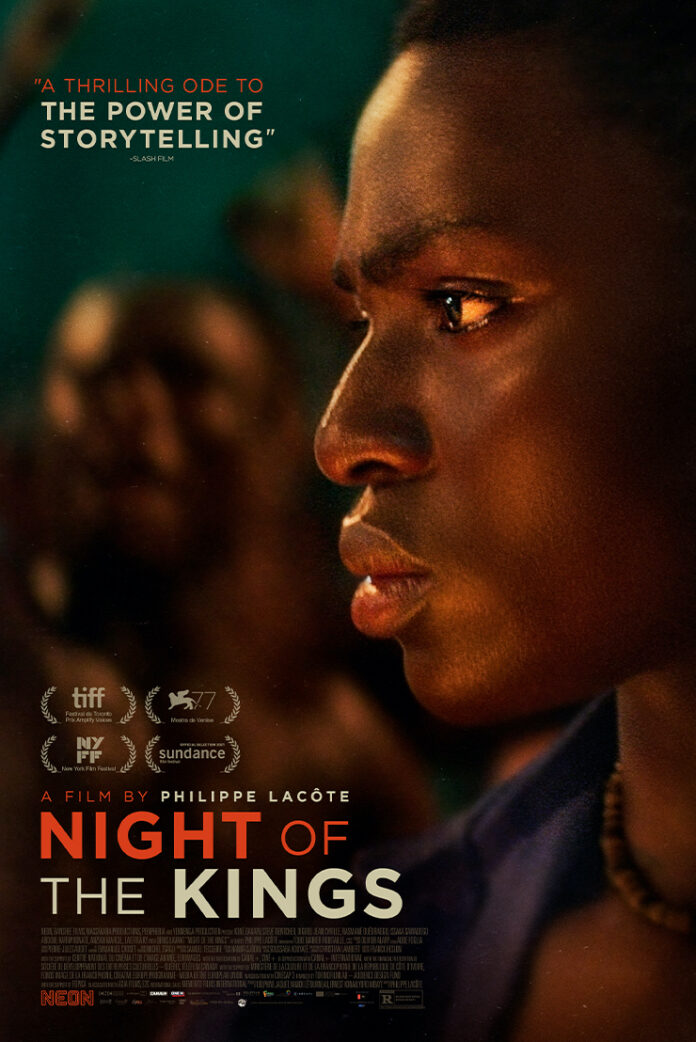 Cast: Bakary Koné, Issaka Sawadogo, Steve Tientcheu
This film from Philippe Lacôte layers fables on top of fables to document a night inside a notorious prison in Côte d’Ivoire. The place known as MACA in Abidjan is very much real and the site of frequent violence, but there’s a mystical quality that hangs over Night of the Kings’ tale of warring factions and political upheaval. In Lacôte’s telling, the correctional facility is lorded over by Blackbeard, the reigning “dangoro,” whose power is being threatened by a group of his lackeys as he grows ill. As a last grasp at control, he anoints a new arrival the “Roman” and orders him to tell a story upon the appearance of the red moon. The terrified young man’s life is at stake as he weaves the narrative of Zama King, the saga getting more fantastical as he continues. As Roman speaks, his rapt audience uses dance and song to act out Zama’s trials. It’s a hypnotic combination of magical realism, choreography, and true life terrors.

0
Exclusive Interview with Matt K. Ward, Founder of the Alpha Initiative and Host of The Conservation Journal
Read more
Film

0
Critically acclaimed director Xhustin Kristian when he is behind the lens, he creates masterpieces. After a prominent film career in Europe, he is...
Read more
Film