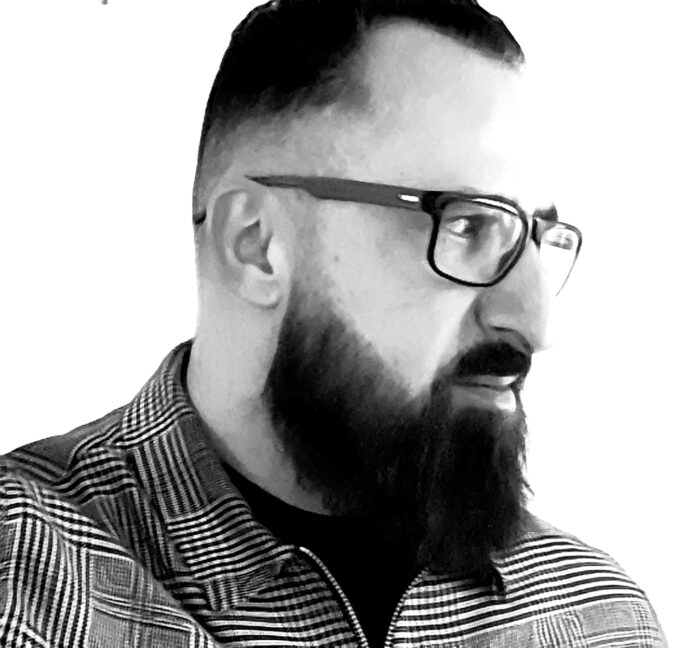 It was a cold winter evening when Nico Falcone Georgiadis was born in Germany to his Greek parents and shortly afterwards was left to an orphanage with his brother and commuted between his grandparents in Greece. It was hard and poor circumstances and the limitations of a normal life nonexistent.

Nico came in contact with TV pictures for the first time at the age of 5 when he run away from the orphanage and climbed over on a balcony to a house not far away and then watched an old little black and white movie on a plastic covered old TV. It was a CowBoy movie and it felt like a miracle from above striking him he explained. He hide on the balcony and watch through the window in secret and felt directly that this is what I want to be.. He want to be in there and do what they are doing… whatever it was and whatever way to do it he will do the same. He was just a little kid but knew exactly what he wanted it was like a sign, no daught. It started raining and he moved closer to the window and made a sound and suddenly all the heads turned against him.

He was discovered and jumped down and broke his arm but continued to run from there while the TV pictures stuck in his head, the pain was big but secondary. At the age of nine, he was picked up by his father and his brother was left behind. The trip went to Sweden this time where he was met by other adversity unlike the poverty he left behind, this time he met racism and exclusion for the first time, something that confused him as he did not understand why people could be mean because he had black curly hair.

Growing up was not simple or straightforward, the parents’ inability to hold together or show love was non-existent and Nico quickly learned the rules of the street at an early age. The sport and passion for acting and filmmaking was also the reason why he did not fall over the edge as many of his friends and even his brother did and disappeared in the darkest waters of his upbringing.

Nico kept his focus in the storm and started at a theater school in Sweden and when he turned 18 he moved to the USA Los Angeles and went to acting school / director, he did not have all the money ready and worked until late at night at a Mexican fast food place to be able to afford school and slept barely five hours a night and then up to school.. It was not easy and there was no support or help from the family at all, he knew at an early age that he stands and falls completely himself, there is no one there who will catch him.

This was the sad truth, something he had become accustomed to and learned while growing up. When he finished his school, he did not have a work permit and moved home to Sweden to fix money to a lawyer to get a green card, but instead got a record and music video contract in Sweden and stayed. Time passed and four CDs were released internationally and also music videos in 19 countries via a record company that, among other things, had Ace of Base in its stable.

Nico still had his heart in the world of film and felt greatly missed by this despite his spontaneous and fun music career. After a few years, his creative ability to return to film and acting returned because this is what he is always passionate about. His latest short films have been acclaimed at several international film festivals around the world and especially the latest film “The Promenade” which was made against all odds and a non-existent budget. it has so far been nominated and also won a total of 44 film awards around the world and more responses from other film festivals are in the works until the summer.

Today, Nico is also working on a new film and hopefully with some support from the Cultural Administration in his hometown in Sweden and with the name EGO and hopes to be ready in a few months depending on the budget and so on. Nico promises that the film will be very strong, touching and surprise the viewer despite its low budget etc.

He is willing to take the challenge again to create something big of a little and above all that is to do what he loves mostly and that is to tell and show stories about people and their unique destinies and relation to life especially in pressured situations. Hopefully he will make a feature film in the future titled “Random Blues” but that’s another story and for some other time he telling us and smiles.

I am a passionate about becoming an actor and film director since childhood, I guess I do now.

A new apocalyptic and psychological drama/thriller with the name “EGΩ”

Well I consider myself as an actor and I fill out the role in character.

The character is a man by the name Narssasus and pendeling of a strange mood that sees and feels dramatic things that might be the truth.. Or maybe not, the monologues are a perspective of life that might be outside the borderline.

I’m the writer and film director and producing the film together with my talented colleague Kimmo Salmela. He is great behind the camera and the editing, and of course there were more people involved in this production, for example VFX by Björn Lungren and Score Composer Arnaud Drieu, cinema photographer John Lönngren etc…

All of them are fun even when it’s hard because it’s all about passion for filmmaking.

In the film “Whose reality 2, 0?” I’m the unlicensed taxi driver that lost my daughter and all the meaning of life means nothing any more, lost and empty. I try to stay alive by driving people and asking about their life stories in a crossroad of realities… this way I might forget my own for a while and calm the pain. This doesn’t come without trouble cause you never know how’s getting in your car.

NY Glam: Which film did you serve in the director’s role? What is the film about?

NY Glam: How did you go about casting for the film? Who are the stars?

They are tested and handpicked by doing several casting auditions. This is the great actors by name:

Life is hard, very hard and unfair for a lot of people and also some of us in the movie business etc. and me too of course. Those stories generally do inspire and trigger me cause it makes it real and painful but very exciting and all the unique stories I see and hear out there and sometimes experience it to make a new chapter of filmmaking.

NY Glam: What other projects have you directed?

Well I did several music videos as an artist performer and assisting director before my three films lately.

NY Glam: Can you share with us your musician experience?

The score composer in the film is from France in Paris, His name is Arnaud Drieu and a great talented musician and a very professional guy in what he does. It was an honor to work with him.

To be finish with my latest film: “EGΩ”

NY Glam: Can you discuss any future projects or direction you are taking in regard to filmmaking?

Looking forward to do a great acting part/role for a great film director and there is many of course that I love to be acting for but if I will mention one in my closer space its it will be the film director “Nicolas Kolovos” that I hope one day I can have an acting role to his great and unique films. He is a big talent and is doing great films. And I am also looking forward to doing a feature film by the name “Random Blues” hopefully shooting it in New York one day.

NY Glam: What is your advice for aspiring actors/directors?

Life is hard and you will face so many thing that will try to put you down, don’t give up you dream, work harder than hard and upgrade yourself all the time with knowledge and connections, be a smart but humble person and don’t burn down the hope or your bridges when it feels impossible… and you will reach your goals sooner or later! /Nico Falcone Georgiadis.

Star Wars: The Acolyte, is set to Filming in in February 2022

0
Star Wars series that take viewers into a galaxy of shadowy secrets and emerging dark-side powers in the final days of the...
Read more
Film

0
Yahya Abdul-Mateen II is part of Aquaman And The Lost Kingdom- an upcoming American superhero film based on the DC Comics character...
Read more
News & Lifestyle