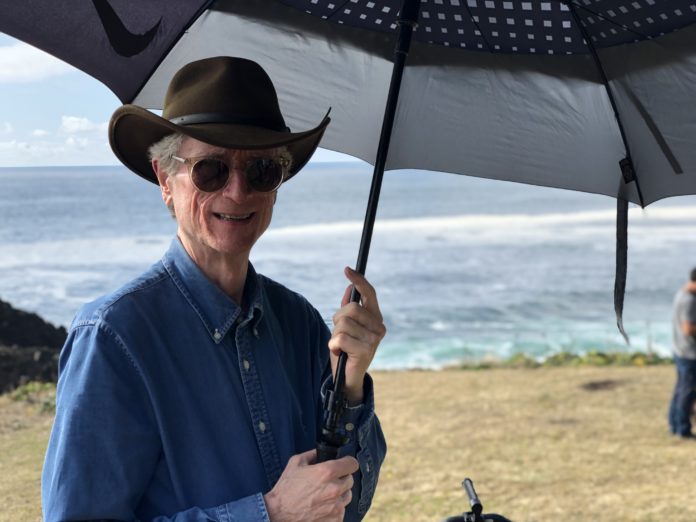 Kurt Rosenberg , is an entrepreneur, an avid world-traveler, a prolific composer, and self-taught pianist. He joined his family’s olive oil business, the Olive Farm, in 1999, and also ran their Portland-based commercial real estate development business, 300 Partners, for five years before retiring to pursue his number one passion – composing music! Inheriting a love of music from his parents, Kurt taught himself how to play piano at 12-years-old, and started writing songs with lyrics in high school. He also started listening to Celtic Music from Scotland and Ireland. This growing exposure to Celtic Music ended up having a profound influence on Kurt’s compositions and led to the inspiration for writing the melody and lyrics for his ode to Scotland; the original song, “Highland Home.” Kurt is a Member of both Clan Scott Scotland and the Scottish Music Industry Association (SMIA), and a Patron of Scottish Heritage USA.

I played cello in the Portland Youth Philharmonic, wrote a composition that was played by my grade school’s orchestra, sang in the high school madrigal group, and played Kurt Von Trapp in the Sound of Music.  I have been writing my own songs since the age of 12.

Image is important.  But, it is not as important as the music and how people respond to it.

My music is very melodic in nature, soothing, and timeless.  Most of all, I try to write songs that are hummable, singable, and memorable.

My style is relaxed, approachable, comfortable, and somewhat traditional.  I am not into flash or pretentiousness.  My music showcases my style and my soul.

I am currently working on getting the Highland Home music video / short film into the film festival circuit.  The film has already won some awards and has been selected to screen at several prestigious film festivals in the USA, the UK, and in Europe.

My original song, Highland Home, was inspired during a trip to Scotland.  I wrote the song when I got home.  Last year, I collaborated with renowned keyboardist / producer, Tim Gorman, to arrange the song.  After the Highland Home song was recorded, a group of us thought that it would be wonderful to create a music video. Dan Schaefer wrote the storyboards and directed the film, while Brent Rogers and Zach Stevens produced it.  Uncage the Soul did the cinematography.  I also got a chance to work with the two phenomenal lead actors, Karen Johnson-Miller and Grant Gosch.

My goal for my song, Highland Home, has always been for it to be played / recorded by a Celtic band / artist or for the song to be picked-up by a TV series or movie.

My most memorable performance took place in Brodick Castle in Scotland.  One of the guides invited me to play the piano in the castle’s Drawing Room.  I played two of my own Celtic-inspired songs.  After I had finished my “mini-concert”, applause rang through the castle.

I play piano and rhythm guitar.

I am studying Spanish and Italian, and am conversant in French.  I am also an avid walker, hiker, and traveler. I was a History Major in college, with an emphasis on British History, so I love to read anything that has to do with the British Isles.  I support the Oregon Humane Society, Habitat for Humanity, Special Olympics, The Friends of the Columbia Gorge, and Oregon Public Broadcasting

Future plans include going to film festivals to see screening of the Highland Home film.

I would like to write music / songs for Celtic singers / bands, TV, and films.

I haven’t released any albums or songs.  But, my song, Highland Home, can be heard in the music video / short film of the same name.

Two things:  First, I would like to have a choral arrangement of Highland Home sung by a Scottish Choir.  Secondly, I plan to make a music video of my song “The Moon Followed Me to Falmouth” and have it produced on location in Falmouth, Cornwall.

“I set myself a goal and I work very hard for it, sometime making it sometimes failing…”-Evgeniya Radilova

NY Glam: Can you tell us about the film and...

NY
Glam: What projects
are you currently working on?