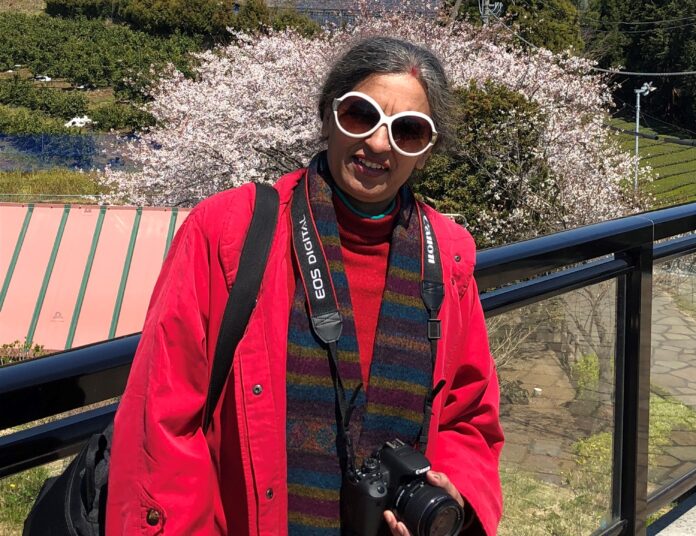 Manisha Gupta is an International Multi Award Winning Screenwriter Filmmaker Animator from India. With an educational background in Science, Math & Computers, Manisha is an Artist, Painter, Writer, Poet, Haikuist, Software Professional turned IPR (Intellectual Property Rights) Professional turned Accidental Screenwriter and Filmmaker 5 years ago, Animator 2 years ago and a lyricist recently. A self-taught screenwriter, written 10 short screenplays and 6 feature film loglines which have won 129 Accolades (including 31 Awards) and as an Amateur filmmaker, written & directed 34 short films (including 6 Animation) of which 25 films have won 131 Accolades (including 19 Awards). Recent debu lyrics of a song on Mental Health & COVID has already won 4 Accolades (1 Award) in the United States.

For me, whether it’s life, people/characters or film, it’s like a painting. Comprised of innumerous layers with each layer taking much time, effort and hard work to create & build but the world just sees the single, merged layer. In a really good film, the depth and quality can be seen, felt and experienced.

A film is great if it is able to connect to the hearts, minds & souls of the audience. If it can establish an emotional, intellectual & spiritual connect with the masses and provide a stimulus to these three faculties, it has succeeded in its craft. Greater, if it also provides the much expected entertainment and escape by transporting the audience to another world.

I believe one should aim at a realistic character with all the inherent qualities as well as flaws. A heroine/hero with all the weaknesses, a villain with all the strengths, something that a person actually is in real life, with all the imperfections and traits as well as the unique identity & persona. One who engages with the audiences, sticking to the characteristics & idiosyncrasies and is able to evoke something in them- whatever….but not have them ignore.

A character, however small or insignificant, should always be able to make its presence felt and have the charisma of remaining etched in their memory long after.

First, my DEBUT Screenplay –“FALL” in SPRING…?? . I not knowing what a screenplay is and what it is not, tried to self-teach and innovate and write my best, all at the same time. It was based on my poem of the same name. It won 24 Official Selections including 10 Awards at film festivals like WINNER (2nd place) at the LOS ANGELES Independent Film Festival Awards-Aug2016 (LAIFFA), WINNER at the European Cinematography Awards-Jan2017, Poland, WINNER at BEVERLY HILLS Screenplay Competition-2017, AWARD NOMINEE at the Genre Celebration Film Festival-2019, TOKYO, JAPAN, to name a few.

Second, my DEBUT short film- A RAINY DATE…!! . I was extremely apprehensive since before that I was into photography and videography but had never thought of putting it in a film format. Again, I was self-teaching and learning and did make this little experimental film. Moreover, since my Father was a Forest Officer and I’ve spent most of my childhood in the forests, environment is a natural first for me and probably that’s why this first film’s theme is that. And it garnered 8 official selections and a semi-finalist. I’d like to mention here my second experimental short- HAPPINESS IS……., a Poetry film and which extracted a lot more from me and had me learning at a much faster pace. It won 16 Official Selections including 2 Awards, 1 Finalist & 2 Semi-Finalists.

Another favourite project is an Animation (PSA) -Mr CIGGY & BUDDHA…!! This was interesting because I loved making cartoons since childhood so creating this character “Mr Ciggy” was fun. And then trying to make it move was real tough work because being an autodidact, I had to again learn a lot of new stuff on my own. But all hard work paid off when it went on to win 17 Official Selections including 4 Awards, 5 Award Nominees and 2 Semi-Finalists around the world.

Yes. I have been an amateur Artist, Painter & Writer since childhood. Apart from sketching and making cartoons, I do oils-on-canvas, am an Abstract painter. My Debut Abstract oil-on-canvas “The Drama that is Nature” was bought by a German Art Collector for exhibitions in Munich & Holland. I also delve into the art of silk hand painting using international techniques & materials and paint silk fashion accessories like scarves, stoles & ties.

I write poetry in Hindi & English and graduated into writing Haiku (Japanese short poetry). Have recently begun writing lyrics and my Debut “The Bubblemaker…!! Has already garnered 4 accolades (all in the US), including an Award in Florida.

Have always loved photography and making travel videos much before stumbling into filmmaking.

Well, I just chanced into screenwriting & filmmaking. It just happened. An Accidental Screenwriter, having stumbled into the field at a time when I didn’t know what “screenwriting” or “screenplay” meant. One fine day I receive this email from an Indian filmmaker based in New York (coincidentally..!!) asking me to write a “screenplay” for his film. He’d probably read some poetry of mine on the internet. Well, though that project didn’t go ahead, but left in me the germ of wanting to write a “screenplay”, which I finally did.

This Debut screenplay (short) of mine titled “FALL” in SPRING….?? went on to win 24 Accolades including 10 Awards Globally.

So the crux of the matter is…just keep at writing or whatever creativity you have and honing your creative skills, doing what you do best and someday it may all culminate into filmmaking. A career in filmmaking I think is a very tough task to achieve but if you persist in creativity and have the drive, you can start on your own by making indie shorts, participating in film festivals and learning and growing from mistakes & feedback.

Well, I intend to write some more short screenplays, make some short films on mental health, happiness and women’s rights. I also intend to make some animation shorts, more like my previous PSAs. And…..….hopefully put to paper my debut feature screenplay, a sci-fi, mystery thriller, that’s already been written in my mind many times over for long.

0
"Four women a chef, a single mom, an heiress and a job seeker dig into love and work, with a generous side...
Read more
Film

0
Alanna Ubach has provided voices for several characters in a number of animated television shows and movies, such as Liz Allan on...
Read more
Film