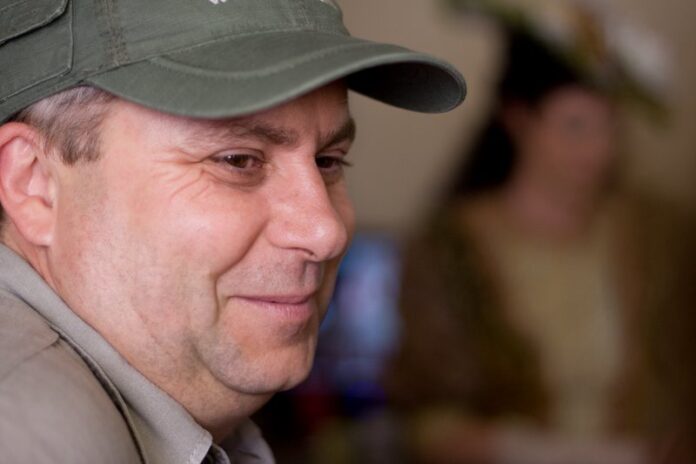 Zsolt Pozsgai /1960/ writer, theatre and film director, screenwriter. Born in Pécs, after high school he worked as an ambulance nurse, teacher, bar singer and much more. After that he entered the theatre world, where he still works as a playwright and director. Since 2005, he has also worked as a film director and scriptwriter. So far he has written and directed four feature films and sixteen television films. He has written scripts for television series. His films have received many awards from festivals around the world. He has served as a jury member at many film festivals. He teaches at the University of Arts. He directs most of his own plays and films. He is married with two daughters.

A big welcome to New York Glamour readers from Budapest! Thank you for your kind interest. I am currently shooting a big-budget Hungarian historical film that I wrote and am directing. This is my spring project, and in the summer I will be working on a TV movie set in the 14th century, as writer and director. Both are very nice jobs, I’m happy to do them.

For me, it’s primarily the acting that makes a film great. I really believe in real acting talent. And I believe that if I can write a good role for a talented actor, then it’s my job to help them make the most of their talent. The other is to be up to date. I think in this day and age, the contrast between tragedy and comedy has disappeared. The whole world is tragicomic around us, and if we can put this tragicomedy into poetic terms, then the film is valid for me. Because good film has the most to do with poetry, with verse.

It’s a great pleasure when you manage to find a new, original story. The film industry of the world has started to repeat and rework old themes. I am still looking for new themes. And so far I’m finding it.  In terms of the structure of the film, it’s the story that decides how the script is realised. I don’t believe that a good screenplay is a computer-edited thing with a beginning, a middle, an end and what has to happen on what page. I believe in individuality, in writing that doesn’t look for handholds, that builds itself. I believe in auteur film. And strong characters, full of contradictions. There are no good or bad characters, each character must find their own truth to be valid.

It’s very important because it means that the script is valid elsewhere, not just in my home country, Hungary. That you managed to articulate a global problem. My script is still new, but I think it can be shot anywhere in the world.

I would say this in vain, Hungarian films are not very well known. I’d rather answer what films I would have liked to have been involved in… Well mainly FORREST GUMP, BURN AFTER READING, and THE LITTLE MERMAID by Walt Disney.

I write plays, and they’ve been performed in Hungarian and foreign theaters around the world for decades now. I also do a lot of theatre directing.

NY Glam: What advice would you give to someone who wants to a career in filmmaking?

To watch good films first and foremost, as many as possible. Find films that give you catharsis. And then try to practice on film sets as much as possible. And let your own creative personality develop, don’t listen to anyone but the real masters. Antonioni, the world-famous Italian film director, said he would not let anyone direct a film before he was 50.

NY Glam: What can we expect from you this year?

To my great delight, my latest film, which was completed in the spring of 2021, has already won 61 Best Picture awards around the world, and the festivals aren’t over yet. This year, I’m shooting the two films I mentioned above, and I’m also directing in Hungarian theatres. That should fill the year. And speaking of New York, I have just received notification that my film THE DEVOTED has won Best Foreign Film at a New York festival.

NY Glam: Where can people keep up with you to learn more about you?

Mainly on Facebook, where I try to post as much news as possible about what’s happening with me.

0
Mission: Impossible 7 is an upcoming American action spy film written and directed by Christopher McQuarrie. It will be the seventh installment...
Read more
Film

0
Katherine’s love for storytelling started in the theater. She grew up performing at camp and in plays at school. At sixteen she...
Read more
Film