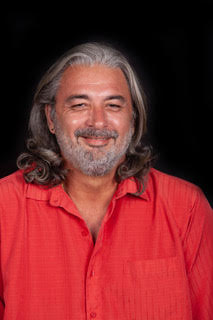 A true great film for me is when the whole process comes together cinematography, sound, writing, acting, and the overall film design. This requires a great amount of teamwork and creativity to put a truly great film together. The final product is developed from the creative flow and hard work of many individuals. When this comes together it is magical.

When building characters for my stories, my focus is always making the characters real. Realism is an important part of any story, but some lose their way. I like developing characters that any person could meet in everyday life and bringing out their special characteristics. This varies from story to story, but the reality of the character must be there for the story to work.

It is always an honor being considered for any competition. It is very special when a prestigious competition gives an honor. The finalist nomination from the established International Screenwriting Competition is a tremendous tribute to my story and I will always be grateful for acknowledging my effort.

There are three memorable projects, “Project Valentina” my first feature has been a challenge in building from the first word written. There has been a great following and the cast and crew have been fantastic. “Beautiful Sunshine” has been a surprise and it has been exciting watching it grow without expectations. The final favorite is not mine but appearing as an extra in the first episode of Better Call Saul was a huge thrill. When creator Vince Gilligan yells action it was amazing being on the set.

I have played around learning the guitar and harmonica musically. I really have a love of photography and my work has been recognized internationally which is a thrill.

I will be filming Beautiful Sunshine and Gone Bye Midnight and they will be released later in the year. I also have The Independent Voter which should also be filmed near the end of the year. Waking Up In Albuquerque is in development and I hope to have that in Pre-Production. If Project Valentina can get a green light, we will move forward with production.

Bill Brock – “As I type away and breathe life into a character, I must care about the individual.”

0
Bill Brock is an American screenwriter who has tossed a variety of artistic hats into the ring of entertainment, including that of...
Read more
Film

0
Ambulance is an upcoming American action thriller film directed and produced by Michael Bay. Written by Chris Fedak, it is based on...
Read more
News