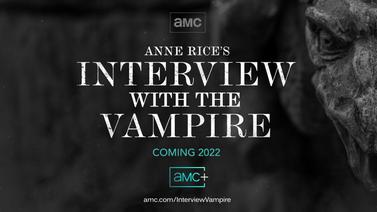 The basic cable network is ready to sink its teeth into Anne Rice’s beloved vampire world, with Interview the first of what is already becoming a multiple-show franchise. Game of Thrones breakout Jacob Anderson stars as Louis, who is seduced into the world of the undead by the amoral vampire Lestat (Sam Reid).

Lindsay Lohan- Everything We Know So Far

0
Lindsay Lohan is ready to re-enter the entertainment industry, and behind the scenes photos of the actress on her latest Netflix movie...
Read more
Film

0
Exclusive Interview with Arbër Krasniqi - Filmmaker NY Glam: How long have you been making films and videos?
Read more
Art

0
Exclusive interview with Rachel Grove - Artist NY Glam: Tell us a little about yourself and your career beginnings.
Read more
[/vc_column][vc_column width=”1/3″][/vc_column][/vc_row]