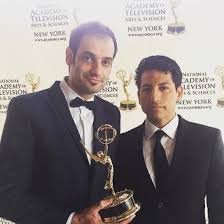 What was the most significant decision in shooting Parivara?

Alex K. Rojas: For me it was sharing the children’s stories and doing this in a positive and responsible way which could help others learn from our experience.

Alex Lora: The most significant decision for me was to spend the time listening the children’s stories, without that we would have had a different approach to the filming.

Alex Lora: Again, listening the children’s stories was key to have a censorial approach the film needed.

Alex Lora: Exactly, they are not actors, but it was very interesting to spend time with them and notice how they are getting more comfortable with us and the camera around.

Alex Lora: The story comes to life when you are shooting it so you have to deal with it as a life entity that might change. At the end the story finds you, sometimes in the editing room, the best you can do to stay true to your vision as a director, is embrace the change and accept it, and after that find a compromise.

Alex Lora: As a person with a disability it was exciting to work with other people with disabilities.

Alex Lora: I agree with Alex, in my case Eloise and Enzo.

Alex K. Rojas: There have been so many. I keep a pretty current list on IMDB. When I saw this question I recall a movie from the 1930s called “Freaks” – it’s a morality story. Beautiful trapeze artist seeks to take advantage of a sideshow performer. Karma is not a pretty thing in this story.

Alex Lora: In regards of what Alex is saying I think it’s a good reference because this movie can be misunderstood. It’s very easy to find the monster in the other, and call it “a freak” while forgetting that having a difference or a disability, the most of the times can make you even more human.

Alex K. Rojas: I do my best to make it a family environment that is safe and conducive to the creativity and needs of all project members.

Alex Lora: It’s very important to hear what others have to say. In this sense, our producers Toland Samba, Flavio Alves and Valérie, always had interesting things to say that were key in the project.

Alex K. Rojas: You learn by doing. The why usually justifies the how.

Alex Lora: In my case I learned a lot about loss, it teaches you that sometimes you have to let go.

Alex K. Rojas: Servant. Reflect the mirror up to our many faces without judgement. Ugliness, Beauty, they are all part of the same thread.

Alex Lora: It’s a way to get to know you better while making an effort to understand the other.

Alex Lora: Sundance, IDFA, True/False, Guadalajara, Berlinale, but any film festival is a good opportunity to share your film with audiences and open conversations.

Alex K. Rojas: Sundance, Cambridge, Sydney, Action on Film, Milledgeville, and IFFNY. I agree with Al, any film festival is a good chance to share the story and possibly touch someone else in a positive way.

Alex K. Rojas: Content creators always have a responsibility. What we create, in turn creates us.

Message want to convey in our films? In the words of Martin Luther King, Jr. – “We must accept finite disappointment, but never lose infinite hope.”

Alex K. Rojas: I like iron horses (motorcycles) and real horses when I get a chance to ride them. Fencing, Archery, and just generally being in nature.

Alex Lora: I like writing bad poetry, walking in the nature and finding secrets spots in the mountains or an empty beach on an island.

Alex K. Rojas: What do I want to be remembered for in life? – Compassion and Kindness. Lessons I’ve learned that helped me become the person I am today? – My lessons are not the same as yours but it’s the journey not the destination that is important.

Alex Lora: I’d like to be remembered as a good man, at least for my children, so what you do everyday to achieve that is a responsibility.

Alex Lora: Success is something very subjective and arbitrary. Modern society, specially with social media, puts a lot of pressure in the concept of success and in my opinion just ruins people’s live. I’ve seen many talented people who don’t do anything creative anymore because they are afraid of failing. I’d just say the opposite – embrace failure, and just fail, fail more, and fail best!

Alex K. Rojas: We have a few writing/directorial projects we’re working on, but as an actor I’m looking forward to the festival premiere of “The Garden Left Behind” by Flavio Alves sometime soon – It was a blast working opposite Michael Madsen, and Ed Asner. Just watched a bit of it recently and think it will do very well and has a timely message.

Alex Lora: The feature version of the documentary “The Fourth Kingdom” and then we’ll see.

0
In 2013, Rebecca played Queen Elizabeth Woodville in the BBC historical drama The White Queen (2013), for which she got a Golden...
Read more
Art