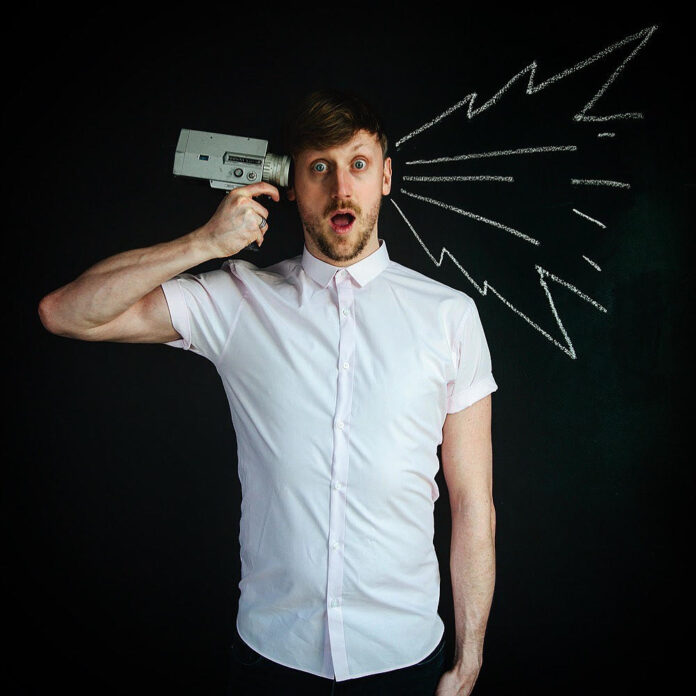 Tell us a little bit more about you and your film career beginnings.

Leif Johnson: I’m a proud Mancunian living in the south of England. I work as a director, directing music videos and adverts as my day-to-day career. Outside of that I shoot narrative and produce music which excites me greatly. I have started to gain traction with my shorts on the festival circuit despite the Covid pandemic. I am the biggest fan of film, music, art and alternative popular culture. I enthusiastically tread in the footsteps of those who inspire me and strive to create narrative that excites and entertains.

In order to shoot the films I want to shoot, I write the scripts which is just heaven to me. I’m dyslexic which has never been a negative thing. I find it helps me see life in different ways to the majority of people, visuals and sound being the same thing that tell a more compelling story. I also love how Bruce Robinson (Withnil & I, The Killing Fields) writes dialogue. It’s music to my ears, it has rhythm and charm. I write in very much the same way and get a big kick out of losing myself in the characters and the world they inhabit.

My latest short is doing the rounds in festivals now and I’m enjoying the feedback immensely.

What was the most significant decision in shooting your current film “Satisfaction”?

Leif Johnson: My latest short “Satisfaction” was produced before lockdown at the end of 2019. It is a period film with a comedy twist and is terribly British. There were a few decisions I made making this film, some I will definitely be doing again and some not so much. One thing that is a must for my next feature, ‘Freitag’ will be improvised workshops. I’m looking forward to working with the actors to tweak the script and collaborate with them in a very open and grateful manner. I found that great actors can unearth some hidden gems when exploring their characters. They bring up some amazing ideas you would never have thought of when writing the script. This also extends to the rest of the crew and collaborators, who bring a fresh and un-blinkered view compared to your very focused view, this is the danger when you’ve lived with a script for years.

Leif Johnson: There are always little bits here and there in the script that might seem inconsequential to start with but come to life once the actors take on the roles. There are little lines or looks and moments that spike my interest, more often than not when first seen in the edit or delivered on the shoot itself. Again, it is the actors who bring the script to life and surprise you. It is also great to still be excited even when you are at the edit stage.

Leif Johnson: “Satisfaction” is set in the18th century our handful of upper-class protagonists are due to attend a pistol duel between Sir Thomas Arnold, who is many things but he’s certainly not a duelist. His adversary is a man of war and true grit. How will Arnold fair against Britain’s most prolific killer and will his betrothed give into her newfound feelings for a secret admirer? It is a film that doesn’t take itself seriously and was a lot of fun to make.

Leif Johnson: This was a new way of working actually. Writing a script based on improvised scenes acted out by the actors who are also improv comedians. They formed their own characters which I built on in the writing process, cherrypicking themes and one liners from the session to develop a final script.

As Brits we have a natural propensity towards acting out period costume dramas with ease, it’s part of our culture and staple viewing on British TV or stage. It also lends itself brilliantly towards comedy. I wanted to dip my toe in this world and try my hand at comedy while adapting my visual signatures. I watched a lot of period films made in the 70’s into the 80’s (The duelists, Barry Lyndon and The Scarlet Pimpernel) which all have a unique aesthetic of their own. I wanted to imitate how they looked and sounded. I also wanted to mimic the pace of editing which was much slower then. Keeping with the Retro vibe, I was also influenced by Carry On films, which were always had big and colourful performances.

Leif Johnson: It was different and a challenge. The budget was challenging, and we shot 22 pages in 1 day with a location change. The language used was both of its time and modern, which I loved. I worked with Pieter Westerhof who is an amazing editor and reordered the scenes and gave the narrative new life. I also worked with Jon Duncan who scored and mixed the film, it was such a please to have collaborated with such amazing talent.

Leif Johnson: “Kowloon Killers” which was my previous short, it’s still is a favourite short. That said, “Satisfaction” is just as rewarding but in a very different way. You can see Kowloon Killers on Vimeo. My next film “Freitag” is currently in the works has been a real labour of love and is very much my baby. I am extremely excited about Freitag and can’t wait to shoot this once the world is back to normal.

Leif Johnson: That is a big question, the same as “What music do you listen too?”. I don’t know how to answer that really. Growing up I was most inspired by Hong Kong cinema and the low budget mavericks like Peter Jackson (Before the Lord of the Rings nonsense) Robert Rodriguez, John Carpenter and Sam Raimi. I’m loving anything that comes from Korea and Japan at the moment. Just like my music tastes, I love unearthing hidden gems and film or music that pushes creativity and challenges the norm. One film that is on my list to watch is ‘House’ by Nobuhiko Obayashi, it looks nuts!

What do you do to enhance the collaborative process when working with actors, screenwriters, producers, and others creative members?

Leif Johnson: I work with the same people as much as possible and weed out the weak and uninspired. I always make sure there’s a positive atmosphere on the shoot, as well as pre and postproduction. I love being surrounded by amazing talent and beautiful temperaments. Filmmaking should be fun!

Leif Johnson: Filmmaking is my life! It has been since I was a teenager. It’s all I ever wanted to do. I was excited by the world and by alternative and more creative pop culture. I wanted to be part of it and that has never gone away. I love creating something from nothing; an idea or a simple impulse to make something. Making stuff is what makes us human and I don’t trust anyone that doesn’t have that urge. It’s that urge that helped me escape the cold grey northern town I grew up in.

I’m currently working on an concept album with Andrew Chappell of “Plain Sails” under the name Luxure XO. I wrote 12 demos during lockdown and currently kicking them into shape for next year. I needed to find something else while it is difficult to shoot anything. I am very excited to get these tracks pressed and out there.

Leif Johnson: The guy who is constantly explaining what’s in his head in the best possible way he can, so everyone can see what he sees. That and being able to put out fires left right and centre while smiling and being the most enthusiastic person there.

Leif Johnson: I don’t think it’s a prerequisite to making anything, it should be an expression on one’s self and you shouldn’t be pressured to create anything with a forced theme, agenda or subject matter if it’s not what you want to express. If that happens to be LGBTQ, BLM or Political issues, then great! But if you want to make a film that helps you escape the harsh tyranny of life and it happens to be the burning narrative inside you than that’s just as valid.

Leif Johnson: When I’m not thinking about film, I’m thinking about music and more often than not I’m thinking of them both. I’m lucky in that my job is like a hobby so it never feels like work. I love producing music in my spare time and when the climbing walls are open again I will be climbing whenever I have the time.

Leif Johnson: I admire and remember those who dedicated their lives to what they loved and excelled in that due to their passion and dedication. I want to live on through what I make. I want to inspire and entertain for years after I’ve gone.

Leif Johnson: I think I would have to be what I feel is successful before I can part any wisdom. But I would say be stubborn, understand it’s only you who can make stuff happen and keep focused. No one can take that away from you.

Leif Johnson: Next is my feature “Freitag”. I’ve never been so excited by anything so much. I have really delved into the dark humour, cynicism and fragile humanity that seeps into everything I do.

Where can we keep up with your latest projects? 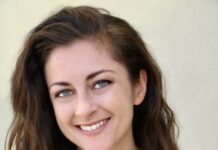 0
Marieta was born in Madrid, Spain, where she is
currently based. When she was 9 years old she spent a year in California,...
Read more
Film