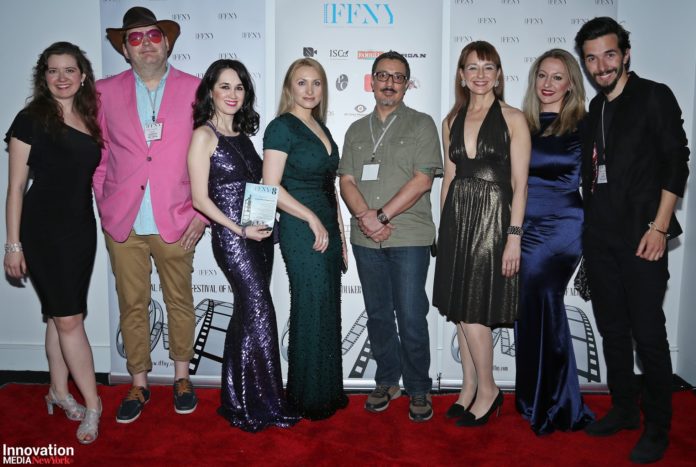 After enriching and interesting five days of film screenings, round-table discussions and Q&A sessions the 8th Edition of the International Filmmaker Festival of New York (IFFNY) came to an end on Tuesday, May 21 2019, with a closing ceremony where winners of various awards were announced.

Festival host and film director Dr. Amina Zhaman took the stage and stated that IFFNY has served to deepen international cinema and build the bridge of a universal language of cinema without borders.

The festival organizer Mrika Krasniqi, asserted the importance of IFFNY for independent filmmakers and young filmmakers.

“IFFNY is a positive step to connecting filmmakers from all around the world to have a platform where their art and creative vision matter. We support young and independent filmmakers and and want to give them a chance to showcase their film projects in New York City, the iconic center of arts,” said Mrika Krasniqi for NY Glamour Magazine.

9. Best Short Film
Nominations:
–“ELEPHANT IN THE ROOM” by Chanelle Eidenbenz – WINNER
-“To Infinity” by Gabriel Savodivker
-“On the Road” by Irdit Kaso

“Art that has been created spontaneously guided by instinct, experimentation and feeling!”-Joe Ginsberg

NY Glam: Tell us a little about yourself and your
career beginnings.

“Casting is everything. I have immense respect for actors.”- Mark Clauburg

Award-winning filmmaker Mark Clauburg is gearing up for the festival run of...