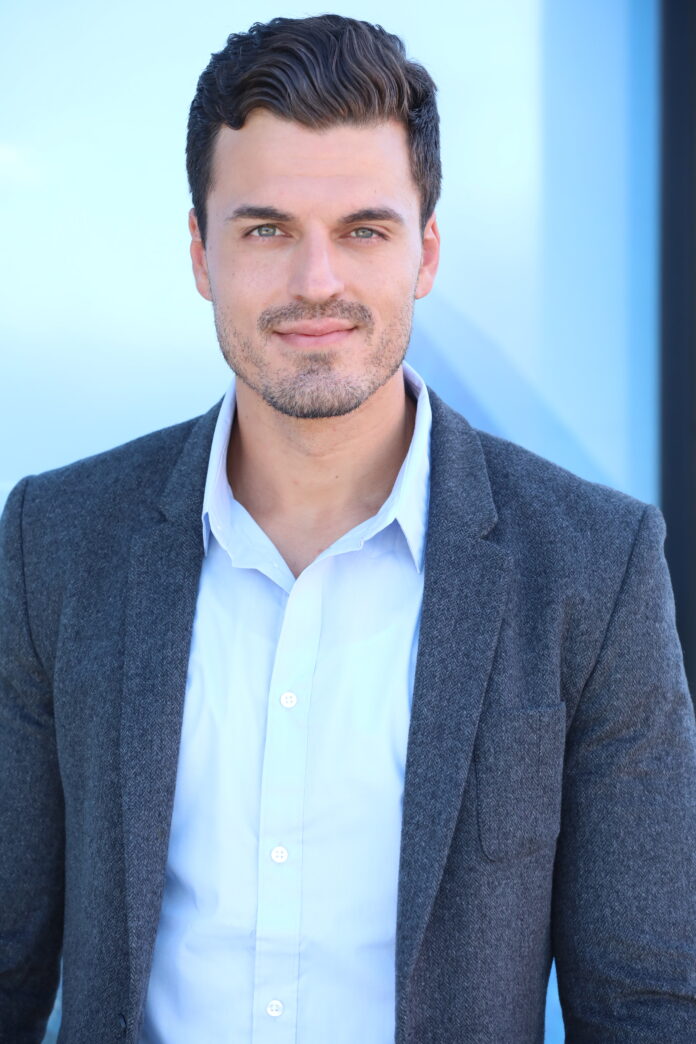 Christian Bulich is a classically trained actor with over 15 years of experience. He has appeared in several film, commercial and theatre productions.

Most recently Christian starred in films such as 64’ Koufax, Eight Count and Scoped. His work has been recognized by multiple international film festivals with the best actor award.

Christian started his acting career in Germany where he has trained with talented names such as Theresa Harder and Anita Ferraris. Since his move to Los Angeles he obtained his MFA degree in Acting at the New York Film Academy and is currently training at the Anthony Meindl’s Actor Workshop.

First of all, thank you for giving me the opportunity to be part of NY Glam. I’ve been following your work for quite some time and I’m excited to be here.

I was born in Uzbekistan and my parents and I moved to Germany when I was seven years old. And that’s where I basically grew up. I’ve always been a pretty active kid, waking up early, running around outside all day long and playing all kinds of sports. But the evening time was always special to me. Evening time always meant movie nights. I remember exactly how I would always have an eye on the time and soon as the sun would go down I would run back home and get ready to watch movies with my parents.

I’ve always been passionate about sports and movies, like a lot, and I knew at an early age already that one of the two options is going to be my career path when I grow up. But when I tried acting for the first time in high school I actually hated it because I was so scared of it. I literally dreaded the days I had acting classes.

At some point however something changed and I became completely obsessed with characters and plays and all the magic it comes with. I think it just took a while for me to feel comfortable letting go of myself when working on stage. But I guess when that happened this whole journey really started for me.

I didn’t really have specific influences, like nobody from my family was an actor or so. But my parents love movies. And like I’ve already mentioned above we would always have those movie nights and we would talk about the story and the performances after the movie ended. I think that was definitely something that lead to me being so fascinated by actors and filmmakers.

I remember falling in love with classic movies like On The Waterfront or Cool Hand Luke, movies that no other kid from my school would ever be interested in watching, which was so weird to me. I wanted everyone to see these amazing films and relive what I felt when I saw them for the first time but nobody really was into it. It still makes me mad, like c’mon now who doesn’t love Paul Newman, right?!

Right before the pandemic started we were able to finish shooting a film called Eight Count, which is now being screened at several film festivals around the world. So my team and I are focused on that at the moment.

I’m also currently finishing up post production for another project that I shot during the pandemic. This one is called Scoped and it literally is the definition of a skeleton crew production. We shot this project with a total of four people in only three days, which was a very unique experience.

During quarantine I felt the urge to be creative again, so I reached out to a couple of friends who felt the same way and we decided to use this time at home to create something that we could shoot right when we were allowed to be outside again.

Scoped is a five episode web series and it follows three secret service agents who find themselves being targeted by the company they work for after discovering the truth behind their mission. The first episode is currently in post-production and we aim to shoot the second one very soon.

NY Glam: What were your main responsibilities on those films?

Besides the acting part I was responsible for several other departments on both projects.

In Eight Count’s case I wrote a first draft and approached my friend Joe Basile with it. He liked the overall story, wrote a great script based on my initial idea and directed the film. We both were also the producers of this project.

Scoped was my first time directing a film that I wrote myself and it was an incredible experience? Even though it was such a small production I was still able to feel the responsibility directors have to deal with on set. I can’t even imagine how much pressure it is directing a big scale project. But the thought of it excites me and I hope someday I’ll get the chance to experience that as well.

NY Glam: Can you tell us more about your experience working with your team on Scoped?

It was definitely a beautiful experience. Four friends getting together and being creative in a time when most of us were actually struggling with creativity. It felt like a wakeup call we all needed. It showed us that no matter what situation you find yourself in there is no reason to stop your creative process. All four of us held each other responsible to be the best version of ourselves and because we know each other very well communication was spot on. As a result, the work itself didn’t really feel like work. It just felt like having a good time with friends.

I think it’s a combination of several things that make a character interesting. First of all, you don’t want to create a one dimensional character. A villain for example shouldn’t be pure evil just because he’s supposed to be the bad guy in your story. Create a villain that has a reason for being evil. It should feel like this character actually thinks he’s doing the right thing even though he’s doing something really bad. In addition to that, make your characters relatable. In the example of the villain it might not be easy to relate to his actions but create a backstory that helps the audience feel more connected to him. Maybe something tragic happened to this character and that’s why he is doing what he’s doing. Based on that the audience might even feel sorry for the villain even though his actions should make you hate him. If you’re able to establish these contradicting emotions in your audience that’s how you know you have a unique and interesting character.

Well my main focus is still on my acting career first. Writing is something I really enjoy doing and it compliments my acting career. I can basically create my own projects that I want to act in.  But I wouldn’t say I’m pursuing an actual career in screenwriting at this point. I mean you never know how life will turn out and maybe I’ll transition more into a screenwriter someday but at this moment I’m still fully focused on my main passion and that’s acting.

That’s an interesting question. I think the three main ingredients I’m looking for in a good movie is the story, the acting performances and the overall execution.

The story of a movie is the first thing I look for. If the plot is not something I’m interested in there’s a high chance I will look for other options to watch. Sometimes however I can enjoy a movie with a bad plot or a story that doesn’t really interest me if the acting performances are great.

But at the end of the day it’s all about the overall execution of a project. You can have the greatest script on earth with the most interesting story and the most incredible performances but the movie might still suck. Why? Because even if you have all these amazing ingredients you need to know how to balance them and let each aspect of the film shine in its own light. Sometimes directors or producers get in their own way by pushing for something that actually stands in the way of the project and ends up hurting it. So knowing how to combine story, performances, visuals etc. to achieve a really great film is a very difficult task and only the best filmmakers have the skill to do so.

I have just recently finished a feature film script that I’m really excited about. The story is a rather unconventional romance inspired by movies like Blue Valentine, Revolutionary Road and the Before trilogy. I wanted to create a very unique way of exploring the different stages a long term relationship goes through and I think my team and I were able to create something very intriguing.
We’re currently looking for investors and hope to start the pre-production process as soon as possible.

NY Glam: What advice would you give to someone who is aspiring to enter the film industry, especially as an actor?

Don’t let anyone stop you. That’s the most important thing to keep in mind. If you’re really passionate about something then just go for it and don’t let anyone talk you out of it. You have to develop a thick skin and let all the negativity just bounce off of it. No matter how many “No’s” you’ll get during your audition process, no matter how many times you’ll fail on set, learn from it but don’t let it affect you in a negative way. Just keep moving forward. 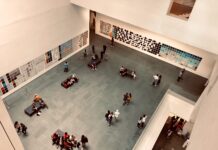 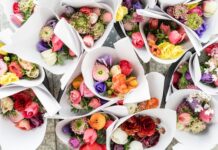 “The most important lesson is to be overly prepared.”-Lars Bergbom & Christian Johansson