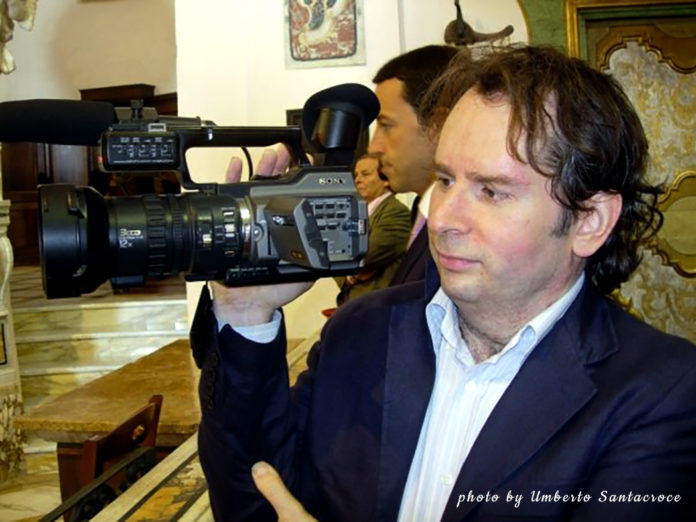 Born in Naples on 16 October 1970. Writer and director of theater since 1991. In 1993 he won the Tondelli’s prize for drama. He has written over 20 plays, almost all represented. Working with some theater directors, representatives of the Neapolitan avant-garde theater, like Vittorio Lucariello and Mario Santella. In 1996 he makes his first short movies: “L’agonia del giorno” and “Le cose da fare”. In 2001, he and his colleagues, brings the company Dissolvenze Incrociate, which produces theatrical and video. Since 2007 makes webseries: His first webseries is “Nea Polis 001: The Rise,” which debuted on the website created by the same Adinolfi, www.wuzu.it, and produced by Dissolvenze Incrociate. Other webseries will follow: always in 2007, “Nea Polis 002: Resurrection” and “Black Agent”; in 2008, “Nea Polis 003: The Darkness”; in 2009, “Wizard! – Book 1: The Secret War “; in 2010,” Jerusalem “, and ” Rosabruna”. In April 2010 creates the TV programs “Informal” and “Vittorio e i fumetti”, broadcast on TV Blue Area. Also in 2010, he runs two short films, “… in the heart” and “Love in 8 minutes”, selected in various festivals and broadcast on some national networks, like Coming Soon and La3. In 2011, the webseries “Nea Polis 001: The Rise”, is selected among the best in the world at the Los Angeles webseries Web Fest 2011. In 2011, he directed the TV series in 4 episodes, broadcast on Napolitivù, “A. A. Detectives & Mysteries “(which is also one of the authors). In the same year, he wrote and directed the webseries: “The daily life of immortal entities”. In January 2012, on the Fourth Flegreo Channel, airs the sitcom in 5 episodes, “Cheaters!”, Conceived, written and directed by Adinolfi. In 2012 he wrote and directed the webseries “She – All about of you”. In the same year with the webseries “Wizard!” wins as best drama series at the LA Web Fest. In 2013, the Los Angeles Web fest the protagonist of his webseries “She – All about of you”, won as best actress. In 2014, the webseries “Melodrama”, the Los Angeles web fest Wins Award Best Cinematography, and the Rome Web Awards, the Best Theater Art Prize. In 2014 shoot the feature film “Memories & Guns” and the documentary “The End” and creates two webseries “You are the passion” and “The Special”, selected in Lawebfest and at Rome Web Awards 2015 wins 6 awards with this webseries. In 2015 he founded and organized, together with Nicola Guarino and Umberto Santacroce, The Gulf of Naples Independent Film Festival, an independent film festival. In the same year, 2015, creates the webseries “Ergo Sum” (Best Sci-fi at Web World Awards 2016 and wins 2 awards at Rome Web Awards 2016). In 2016 shoot the webseries “The Line” and wins 3 awards at Rome Web Awards. In 2017 shoot, with Nicola Guarino, the webseries “Fade to Black” and wins 5 awards at Rome Web Awards and, in the same year, shoot The Tragicomic Ballad of Mr. Punch – the web series and wins an award at Rome Web Awards and an award at Indo Global International Film Festival. In 2018, Atomic Raider and The Fighters from Other Worlds – web series wins an award at Global India International Film Festival.

Vittorio:I’m writing a screenplay for a feature film, but I’m just getting started. And I’m planning a new web series that will have a very particular structure: each episode will be made up of mini gags of very short duration, as if they were comic strips. I will tell the adventures of a Neapolitan superhero. I would like to shoot this series using only mobile phones and camera go pro.

Vittorio: The starting point is important: a good idea. Then, I really like the shooting technique in a film, the style. To make a good product, I want to spend a lot of my time on the set to make a shot that satisfies me.

Vittorio:For me the characters are a means of making the story work. They must be functional to history.

Vittorio: In projects not mine or in any case not created only by me? They are few. I am often a producer of myself. My first projects are certainly my first web series to which I am affectionately connected, shot in 2007, “Nea Polis 001: The Rise”, with many technical errors, but a lot of enthusiasm from the whole cast. My first TV program entitled “Informal”, a series of interviews with cultural figures. And another TV program, always created by me, a video magazine that talked about comics, of which I am a fan.

Vittorio: Theater. That’s where I started. And it is there that I will return from time to time.

Vittorio: If you have good ideas, you can go anywhere.

Vittorio:I hope to be able to shoot a feature film written in 2019. An action sci-fi movie. The script is ready, financiers must be found.
I’m running around a series written for TV, a sitcom called “Gangsters”.
Then there are many projects … As I said, I will shoot a new web series, I will stage a 20-year-old theatrical show of mine, “Le Noir Vivant”, from which I also made a short film in 2019, directed together with Umberto Santacroce and Carmine Freeman. 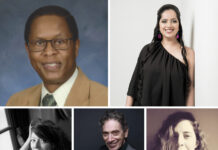 “Every picture you create should contains a part of you, a part of something that is hidden deep within your soul.” – Elaine Melo