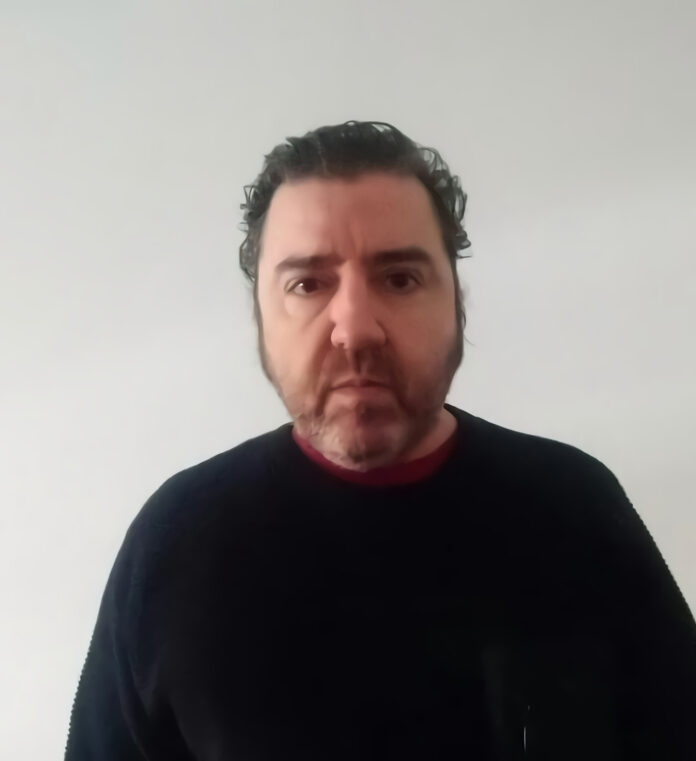 Carlos Alex Ceni was born in 1.970 in Malaga city (Spain), same as well-known actor Antonio Banderas. He studied tourism degree at the private university CEURA in Barcelona. He developed part of his professional life in service companies until he oriented his career to the logistics and distribution sector. An unpleasant work experience in August 2009 is the trigger to start his career as an screenwriter. So far he has completed three feature screenplays and five short films, the latter having won awards at various festivals around the world.

*What projects are you currently working on?

I am currently giving the final touches to one of the feature screenplays, entitled MARIO’S LIST, which I define as a melodramatic thriller with hints of suspense and horror, being the main plot the relationships between people in different areas of life. It´s based on some personal experiences through which, after giving it a twist, I lead the protagonist into a dark and heartbreaking environment. In addition to this one, I have started a short script that, as I progress in writing, is taking a turn towards a psychological drama, and a TV series inspired by everyday situations that can happen to any ordinary person.

*What makes a film great for you? Are there certain qualities that make a film better you?

The story itself. Finding creativity in the situations and dialogues. Regardless of the genre, I like unforeseen situations for the viewer, not something flat that leads you to practically know what is going to happen in the next scene.

I try to make the story so gripping that the viewer identifies him/herself with some of the characters, reflecting why they act in one way or another. I like films to engage viewers in such a way that, after the screening, they are led to reflect and ask themselves questions about the development of events and the final outcome.

*As a screenwriter, what is the most important aspect of building a character?

I try to make the main characters convey strong feelings to the viewer, to the point that he/she may feel sympathy, affection, contempt or even hatred towards them.

Since I started writing, and lacking specific training in the field, I try to adjust as much as possible to the writing criteria set by the industry in terms of script format. But in the case of the characters, after a brief description, I like them to describe themselves through the dialogues and situations that arise as the story progresses.

A character can seem like a little angel at the beginning of the film and transform into something very different, influenced by different circumstances that come his way. That’s why I prefer them to be shown as they are, with their strengths and weaknesses, without masks or artifices.

*How important is for you being a finalist at International Screenwriting Competition – ISC?

It means a lot. Until my participation in ISC I had entered my scripts in generic festivals, not focused on writing. For this reason, being the first specific festival in this sense, and having been considered as a finalist leads me to think that, from humility, “WATCHED” has some potential.

The simple fact of passing the first filter in a festival of this importance, and more so in the area of New York, encourages me to keep improving my technique and to continue in the effort that one of my projects may see the light someday in the form of a finished product.

*Top 3 favorite projects that you have been involved in?

It´s difficult to choose one project over another, but so far the ones I am most proud of are:

“MARIO´S LIST” (feature script – melodramatic genre): This is where my adventure as a screenwriter began. Until this very moment I never thought I was capable of writing anything at all.

“THE DOOR” (short script – horror genre): First project fully completed and with which I got my first award at Kosice International Film Festival (Slovakia).

*Do you express yourself creatively in any other ways?

Not really. What I do is, thanks to the enormous influence of music in my life, associate musical themes to my scripts, and more specifically to certain scenes, even in some cases having the lyrics of the song a close relationship with the specific moment of the story.

I have fun visualizing a song in a scene and it also allows me to discover new bands.

*What advice would you give to someone who wants to have a career in filmmaking?

During these two and a half years I have found an extremely complicated audiovisual world, highly competitive and a circle that is very difficult to enter.

As frustrating as a negative response can be, instead of complaining about it and blaming the other party, try to make a positive reading to improve and reverse the situation.

If you believe that what you do has a certain degree of creativity and you persevere, some door will eventually open. It may be a small door, but it will surely be the first step to something more important.

*What can we expect from you in this actual year?

My goal is to continue improving my writing methods and not to give up in the effort that in the not too distant future, whether for ten minutes or two hours, there will be people who will be able to feel emotions with my creations.

*Where can everyone keep up with you to learn more?