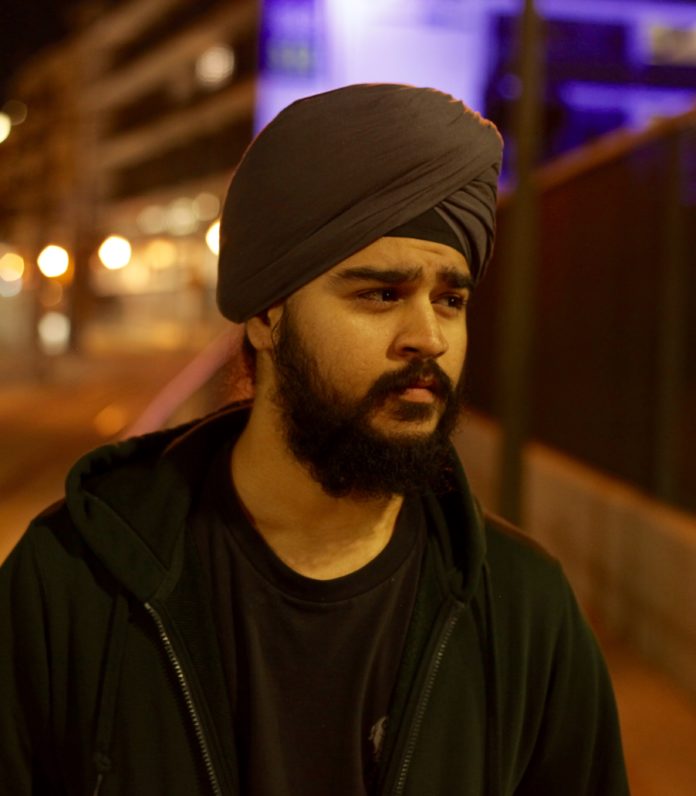 Jagraj Singh Wasan is a musician and filmmaker from Singapore. He started his journey young, performing Kirtan at the local Sikh temple, and acting in school plays. He studied Theater & Drama at the Cambridge A Levels, and started directing his first music videos on the side, making use of his sporting childhood buddies in a variety of projects. After completing his national service in the Singapore Military, he came to America to study Business, Cinematic Arts, and Songwriting at the University of Southern California.

Thank you very much. Time to Go to Sleep is a film exploring what it takes to push someone over the edge. It’s a film about social ostracism, and how that sometimes can lead to acts of violence. How sometimes, we create the monsters we fear most. More specifically, it’s about a Sikh child growing up in America, and how his life is turned upside-down post 9/11. A reality of many Sikhs in the country.

As for the process, I wrote a 30-page script many years ago, and then a song shortly after that. When I finally was ready to make the film, I realized my song and the script had strong overlapping themes, and thought it’d be interesting to condense the film into a music video format, told through the use song, minimal dialogue, and some narration by the lead character. I trusted the combination of the visuals and music would make for powerful storytelling.

Time to Go to Sleep was shot in two different locations, but the same actors were not required in both. So we actually casted local actors in each. That was both a challenge as well as a blessing.

Time to go to Sleep is the story of a Sikh family living in America post 9/11. You see, Sikhs were targeted almost immediately after the attacks because of their turbans, brown skin, and beards. Many have been killed, beaten, bullied in schools, and taunted on the streets. This still happens today, unfortunately.

The music video is a glimpse into certain pivotal moments in a Sikh boy’s life as he sits on a train reliving the events that bring him here. I’ve also always been a fan of a story jumping back and forth in time, slowly revealing itself to the audience, taking them for a ride. The lines are blurred, because there is an element of suspicion as to what his intentions are on the train, and if that could ever be justified. The ending is a bit of a cliff-hanger because I wanted people to decide for themselves what they think happens next. All the fuel is there, it’s just up to the individual to put themselves in his shoes, and decide what they would do. And it seems to have worked. There has been no real consensus about the ending, which I’m glad to hear.N

I started making music videos when I was 16. It started with music already out there, belonging to other artists, but eventually the hunger grew to write my own songs and build stories around them.

I’ve made a bunch of student and amateur projects in the past, but I would call this my debut. It’s really my first ‘professional’ film, with great actors and crew, and an actual budget. Something I’m really proud of.

Hmm, that would have to be trusting your instincts and not settling, no matter what others might say. You may not hold the popular opinion, but as the director you need to steer that ship. You can take all the advice you like, but in the end, it’s your film and you have to live with the choices you make. Forget trying to please everyone, and focus on what you believe is right. I guess that works for everyday life as well.

Wow, that’s a tough one. I usually need some sort of push or deadline to get my ass started on something I’ve been sitting on for a while. But once I build a team for a project, I feed off their energy and feel obligated to keep going. However, for a project like this, where I first built a team in LA, then had to rebuild a team in Singapore for the second half of the shoot..I thought I’d never get it done. I started to think maybe the subject matter was too risqué, and maybe the universe was telling me not to finish it. Like it was destined never to be complete, just a lesson learnt. Thankfully, it just proved to be a roadblock, testing my desire to tell this story.

I’m not sure. I’m still figuring out what my style even is. Maybe it’s best to ask those who know me. As an artist though, I prefer to think I don’t have a fixed style. It’s best to be malleable and to adapt to the needs of different projects.

Oh, I’m a long way from success. I’ll let you know when I get there..I can tell you what’s been keeping me going though..As cheesy as it sounds, the love and support of my family and friends. Also, I do pride myself on my humility, as oxymoronic as that sounds. I like to think that I’m open-minded, and always ready to hear the minority or less-popular opinion. I think you need to keep that going to keep your work honest.

I’m working on a few different song concepts, and music videos for them. Hopefully a good mix of fun, easy-going stuff, as well as real-world issues.

It wants to go from non-existence, to existence..haha. But seriously, I do love the art-form of music videos at the moment, with their ability to tell stories through a combination of different elements – what I regard as highly efficient and effective. As a musician and filmmaker, I feel this is the perfect medium for me to give my two cents worth.