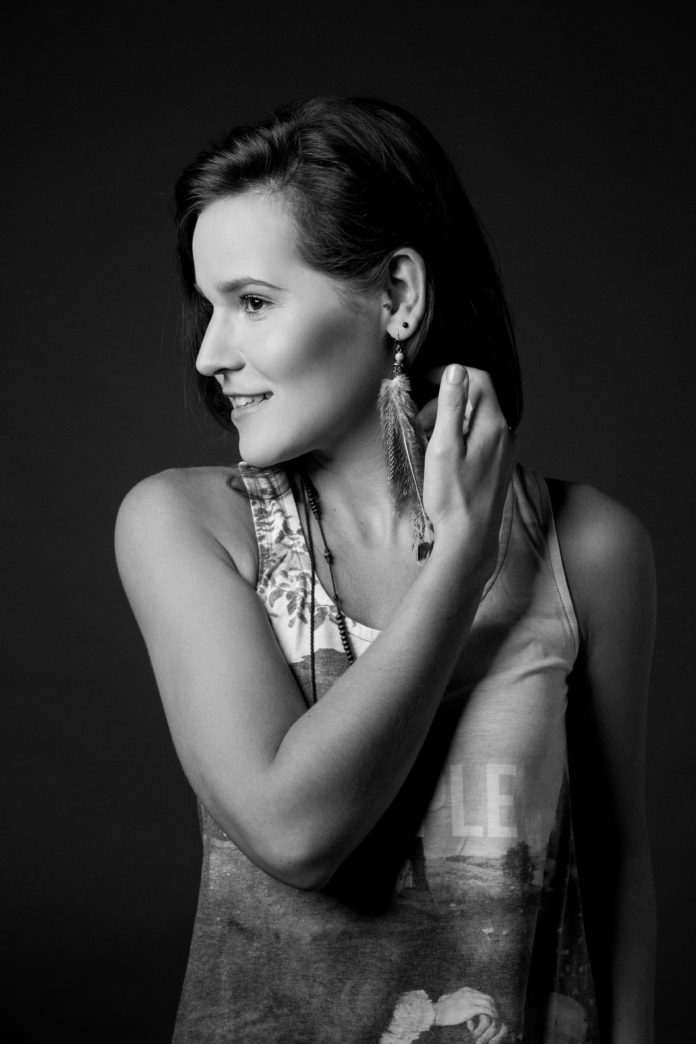 Sofia is an animation designer, architect, dancer, animal and plant lover. She was born in Hungary and graduated from Budapest University of Technology and Economics as an architect in 2009 and with strong shift she ended up in the animation department as a background artist. Then Sofia continued her studies at Moholy-Nagy University of Art and Design as a media artist. Inspired by David Lynch and the avant-garde  artists of the 20th century she began her own route by picturing blurry areas where reality and dreams are shaking hands.

Thank you very much! I am really flattered that Chronosync is in the official selection for IFFNY 2019. My short film is a computer generated 2d animation. As an independent animation project, my team was very small on this film. I worked with sound designer Zoltan Vadon and composer Zoltan Sostai and last but not least my producer Zsombor Benyovszky. This small but powerful team helped me get through the hardest moments during animation, atmosphere designing, music, editing and a whole bunch of unforeseeable obstacles that usually come up during production.

The story is based on observations on the changing worldview of mankind and shows the weird connection between different cultures through time and their worldview. All the scenes contain associations on myths, legends and scientific facts, which were in their time believed and known as reality. So the eternal urge to explain where we came from and how the universe works seems to be born with us.

What is reality? Or is “reality” just as fragile and varies just as much as every individual’s own view of existence?  And what if the whole existence isn’t “real” in the way we imagine it?

These were the main background questions of the film. I collected these episodes of human history, which were inherited by all of us through collective knowledge and tried to convert them to an ongoing story, making it lifelike.

Unfortunately this time I am not attending, but I am working on my next animation, so hopefully see you next yearJ

Since 2008 I work in the animation department. As an independent filmmaker I started my career in 2011. At that time I desperately believed that one day I will create my own film. I am glad and thankful that it became a reality.

Catching good ideas and converting them to the language of cinema is what I like the most.

This is my directorial debut, I wanted to start with a non narrative independent film, to set the mood for the following films. J

The hardest lesson is to keep the love and commitment in your heart. Like when you have an idea but the circumstances force you to make compromises. In these situations I have learnt that only love and honesty help you to realize that there is no space for compromise. If you have a good idea, take the good advices, but don’t let anybody brake your belief that you can do it. Take the risk and make it in your own way. On the other hand if it is not meant for you, you also have to let it go, so it is never easy.

Of course, both are hard at some points, for me the start wasn’t easy. I didn’t have any connections in film, so I had to make the first steps on my own.

I am kind of a hard working person obsessed with my projects, so when the wheels started turning and I got the opportunity to show myself and my ideas, things rolled on more fluently. I was also definitely supported by my family and loved ones.

I was influenced by many mediums and artists. As a director I love David Lynch, Andrej Tarkovszkij, Stanley Kubrick, Federico Fellini. Their style is so avant-garde and “dancing on the border like”, I felt that I want to do the same: I want to dance on the borders!

So my style is based on the decadent artists of the avant-garde. I love basically the whole 20th century, with it’s changing art and lifestyle. This has carved a huge mark on my style I think. My main interest is about the alternate dimensions, dreams, mysteries and their connection to “reality”.

First it is important to define success. For me it is a feeling when I am able to do what I enjoy the most, and I can share it with people.

The key to success for me is understanding the value of a good personal talk or being able to catch a good idea, transform it and share it. Keeping awake the love of the process of filmmaking is also very important.

So as I said before I am a hard worker always into something, and I just never give up loving what I do, this is my key to “success”.

I am working on a new script now, for a new animation short. It will be a mysterious story about a day when everything went wrong. I am pretty much into the atmosphere now. I would like to start the making early summer, hopefully.

0
Pride Weekend in NYC The annual Drag March kicks off at Tompkins Square Park and ends at the Stonewall...
Read more
Lifestyle

0
Friendship is a relationship of mutual affection between people. It is a stronger form of interpersonal bond than an association, and has been...
Read more
Lifestyle

“Sometimes the questions are complicated and the answers are simple.” ― Dr. Seuss