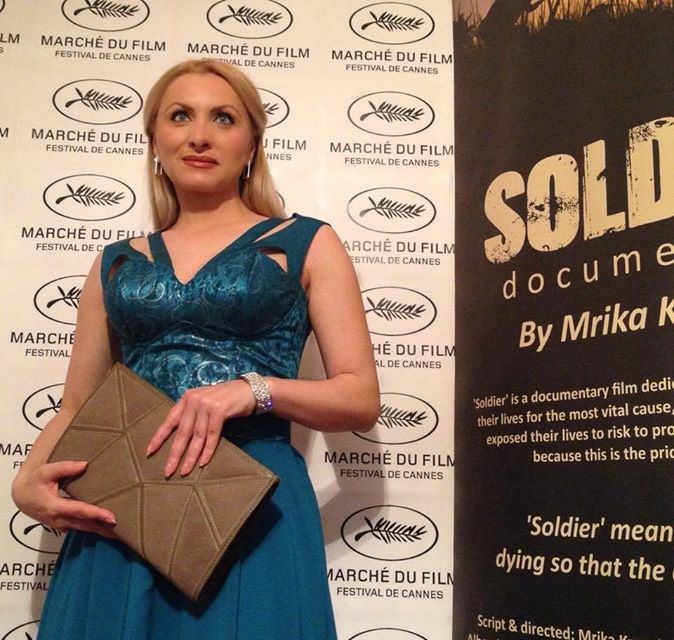 NY Glam: Mrika, can you tell us about your beginnings in the film industry?

My first job was at the national broadcasting media in Kosovo, the Radio and Television of Kosovo (RTK). I worked as the editor in charge of the documentary program. Some of the documentaries I wrote and directed included:  Grounds of Art in Kosovo, The Art of Cotton, winner of “Best Director”, Veli Gervalla, and The Groove of Hope. Then I worked for a popular TV station, TV Klan where I wrote and directed Do You Want a Cigar (2001) and Room 135 (2002).

I founded my own film company Nil Production in 2002 in Kosovo, and in 2014 I opened the New York Branch, where I reside. I have been making films for over twenty years as a director, writer, and producer.


NY Glam: How has film industry changed your life?

I am very passionate about making films, organizing film festivals and creating a network/ platform for all filmmakers. Film has opened many doors for me that bring about positive change and make a difference. I have been blessed to take on many humanitarian and non-profit causes that are very close to my heart, such as women rights, domestic violence, the Jewish question, anti-trafficking of human beings and human rights.

A very interesting project that I did recently, includes working as Associate Director for the National Geographic. I teamed up with a wonderful team of scientific experts, biologists, microbiologists, film directors and security guides in the Lost City “Ciudad Perdida” in the Colombian jungle and Santa Marta montane forest ecoregion. This was a multi-production project addressing global disease prevalence by 2050, in collaboration with National Geographic, ZoneX, the National Academy of Sciences, Bruce Cohen, Larry More, and many other prominent figures.

I am very honored to be named Woman of the Year by United States Congress, from Senator Charles Schumer and to receive Best Human Artist by the European Community of Jewish Artists in Paris. It is a great feeling to have the backing of the artist community and those who support art and culture.


NY Glam: Where do you think is the best place to be as a filmmaker and why?

I think Europe remains the top favorite place for non-commercial types of film, also known as Film Auteur. Where as United States is known as the place for adventure and science fiction films. There are many talented filmmakers in the world today who can’t choose one place or the other. But no matter where you live geographically, it is important to adapt to your creative vision. Recently, experimental films coming from different parts of the world, have proved much success with great impact in cinematography. I would like to think of my filmmaking as in between of the best two worlds: Film Auteur and Adventure Films.


NY Glam: What are your best projects to date?


NY Glam: Do you have any interesting Film or TV projects coming up?

Ten months ago, I finished shooting my feature film “Proof”, which I wrote and directed. Now we are in post-production and editing. We are working very hard and hope to release it in soon. Proof is a psychological drama, and it was shot in New York. This film is dedicated to the 10,000 children of Kosovo whose parents were killed during the 1999 war. My next feature film is called “Nik”, which we plan to start shooting January 2019. I am the screenwriter of Nik, produced by Nil Production, in collaboration with Dardan Studio. Nik talks about a child born and raised in prison. At the age of 5, he is sent to an orphanage, but Nik has a hard time adapting to the new reality.

“Collaboration is the key and choosing your collaborators will elevate your work so much. ” – Larry Manuel