Lea Kalisch was born and raised in Zurich, Switzerland, in a traditional Jewish family.

She spent most of her youth on the skating rink as a competitive figure-skater—a passion that taught her discipline, endurance and dedication. Since she can remember, Lea was a showgirl. In 2010, Lea was a finalist in the talent show “Battles of the Choirs” on Swiss National TV. After graduating high school as salutatorian, Lea attended the Musical Factory in Switzerland, where she studied Musical Theater and had numerous performances at prestigious venues such as the KKL and Lucerne Theater. In 2014 Lea moved to NYC to attend the American Musical and Dramatic Academy and later earned a BFA in Musical Theater from The New School.
Since her move to NYC, Lea has embraced her Jewish roots and has been very involved in the Yiddish Theater. In 2017 she made her Off-Broadway debut as Hindl in the New Yiddish Rep’s hit production of God of Vengeance and also starred as Hennie in their Yiddish revival of Awake and Sing. In 2018 Lea played in her dream role as Daphna in Bad Jews in Orlando. Lea co-created Between The Threads, anoriginal piece by a group of Jewish women performed at the HERE Arts Center in NYC. Lea can regularly be seen on stage with the Galli Children’s Theater and heard in synagogues up and down the east coast as the lead singer in the spiritual folk-rock band Revival. She recently performed Yiddish solo concerts in Switzerland and Germany, and staged In Love With A Dream!, her autobiographical one-woman show which blends Latin, hip hop, and Jewish flavors. The show had successful performances Off-Broadway, in Boston, and in Switzerland, and continues to tour in 2020. She made her film debut in The Vigil, which premiered at the TIFF festival in 2019.
“Eshet Chayil of Hip Hop” is her debut music video, a feminist update on the traditional Jewish song.

I went to a Montessori middle school, which was very musical, but I didn’t really have much time for much music growing up, because I was a competitive figure skater. I started taking voice lessons when I was about 12 and around the same time I started writing songs, but nothing I wrote was good back then. The first time I performed two original songs was at my high school graduation and people loved them.

I grew up in Zurich, Switzerland, and lived there until I moved to NYC to study musical theater when I was twenty. My first big moment in theater came only in my last year of high school when I played Rizzo in Grease. Until then I had spent most of my life at skating rinks, because me and my older sister were competitive figure-skaters. In school I was very ambitious- I always had to be the best. Since I can remember, I was a showgirl. I’ve always loved dressing up and putting on shows for my family. I started taking voice lessons at age twelve and attending dance workshops whenever time permitted. I dreamed of becoming famous and being on a TV show like American Idol. In 2010 I actually did participate in a talent show on Swiss national TV, an experience that fortified my passion for the performing arts.

Every major role I’ve played so far was challenging for different reasons.

Roles or scenes where I must show vulnerability and where I’m not the one driving the scene, are more challenging for me. Stillness or admitting my love or dreams to someone is hard.

The most FUN is playing myself in my one-woman show or my music video, it comes easy to me, I don’t have to “act” (which you shouldn’t anyway😊) I get to play all kinds of characters and versions of myself.

The last year I’ve mostly created my own work which has been a huge shift in my career.  Writing and producing my one-woman show and making this music video has been the biggest accomplishments. The music video was “BIG” in terms of investment—money, time, number of people involved, locations, social media work, etc.

Very, it’s how we see and feel the artist, it’s the thing that makes a person uniquely them. There are so many fantastic singers out there, but many don’t grab me, because what they are representing isn’t compelling. Image is something I struggle with myself, because it feels like in order to have a strong image, you have to decide which part of yourself you are going to promote and leave other parts on the side. I think it’s a radical act, because human beings have so many layers. I love to sing many different music styles, but most successful artists chose one style they focus on. I haven’t quite figured out what my “thing” is.

My songs are very personal and have a strong message. I write from a place of discomfort, either  because something frustrates or confuses me, or I want something I can’t get and the only way to work through it is by writing and knowing I can create some art from it. I’d love to be a pop singer, but I think my lyrics are too specific to my life; they are not generic and therefore not commercial.

I am very theatrical and so are most things I do on a stage. My acting background seeps into my music. My songs have a kind of musical theater feel. I care more about compelling storytelling than hitting the perfect note. I laugh about myself and share my flaws with my audience, which adds some humor even to my sad songs. People often tell me I’m too BIG but I want to be bold and celebrate freedom of expression.

My style is like a mix of Edit Piaf, Amy Winehouse and Barbara Streisand, dipped in Latin sabor (flavor) and sprinkled with some street pizzazz.

In 2017 I started working with the Yiddish Theater in NYC through which I met Jews who either grew up in an ultra-orthodox community or still live in it. I was fascinated, moved and saddened by their stories and started spending time in their neighborhoods and finding my way into some of their homes. There I fell in love with the melodies they sing, however I was so annoyed by how their system suppressed women. At the same time I was taking a class on hip hop culture at the New School and in search of what my final project would be. I had a strong desire to musically blend these two worlds—orthodox Judaism and hip hop—but didn’t know yet how. Eventually I got my hands on the traditional Jewish song Eshet Chayil, and that’s when suddenly things starting rolling. I realized that both these male-dominated arenas share an urgent need for feminist critique and the empowerment of women’s voices.
For my final project I presented a very basic version of the rap. Then nothing happened for almost a year until I found out that two of my best friends, director Einat Propper and music producer Enat Ventura, were going to travel to Israel at the same time as me. We had to film something. I dug out my rap, knowing Israel would be the perfect shooting location, and that’s when the journey began.

Success is doing the thing you want to do the most, but are the most afraid of.

I have a very fun memory from the play Awake and Sing I did in 2017.

One night I was waiting in that tiny space behind the curtain for my cue to go back on stage, and I started dancing around a bit to pass time. Somehow I managed to do a fan kick, which is basically swinging your leg like a fan or wheel, and suddenly I could feel my shoe slip off my foot. Helplessly I watched it fly through the space in a huge arch and land prominently in the middle of the stage. I started laughing so hard, I almost missed my entrance and the actors on stage were so confused. When I came back on stage, I had one shoe in my hand and pretended I was looking for my second one.

I play the piano, but I’m far from being a Chopin. I accompany myself when singing and I love learning classical pieces.

Most of my hobbies are now part of my profession: acting, singing, dancing, rapping, etc.

Maybe I’d run my own art school, own a creative bistro café, or be some kind of coach or teacher.

I want to produce two new music videos for songs I’m working on right now. And I’d love to play a juicy character in a play or a movie—I miss acting with an ensemble.

I think it’s important to go through some kind of theater training to develop discipline and understanding for the craft.

If you have something you want to create, do it! Don’t wait for the perfect moment, just do it. Nobody else will do it for you. 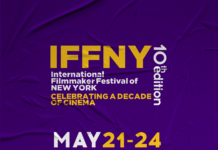 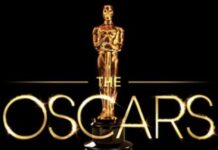 0
Olga Kurylenko revealed that she tested positive for coronavirus, the actress shared an extensive post on her Instagram profile, in which she...
Read more
Film

0
Exclusive Interview with Natasha Mashkevich- Actress NY Glam: Tell us a little about yourself, growing up and your passions....
Read more
Film

“If you have access to the written screenplay, read its scenes in between watching the movie.”- Stephen Floyd