Happy mothers day to all the wonderful mothers out there

The origin of Mother’s Day as we know it took place in the early 1900s. A woman named Anna Jarvis started a campaign for an official holiday honoring mothers in 1905, the year her own mother died. The first larger-scale celebration of the holiday was in 1908, when Jarvis held a public memorial for her mother in her hometown of Grafton, West Virginia.
Over the next few years, Jarvis pushed to have the holiday officially recognized, and it was celebrated increasingly in more and more states around the U.S. Finally, in 1914, President Woodrow Wilson signed a proclamation making Mother’s Day an official holiday, to take place the second Sunday of May.

Anna Jarvis put Mother’s Day on the calendar as a day dedicated to expressing love and gratitude to mothers, acknowledging the sacrifices women make for their children. That’s why she was determined to keep “Mother’s” a singular possessive, as marked by the apostrophe before “s.” Each family should celebrate its own mother, so that individual women across the country could feel the love, even in the midst of a broad celebration of motherhood.

Anna Jarvis’ vision of a peaceful and personal day for honoring and visiting with mothers quickly became commercialized by florists, retailers, and card companies. Although she had initially worked with these industries to promote the holiday, she felt it had spiraled into something unrecognizable. It seemed that spending time with one’s mother, expressing appreciation, and even helping her with her duties was now overshadowed by gift-buying.
Soon, Jarvis was lobbying the government to have the holiday removed from calendars. She also denounced the holiday and campaigned against companies who profited from it.
Fortunately, today we can preserve Jarvis’ intended celebrations—and shower mom with well-deserved gifts as well. The best way to do this is by choosing a gift that reminds her of how much we appreciate all she has done for us. Flowers and candy are lovely, but what about a night off from cooking dinner and doing the dishes? 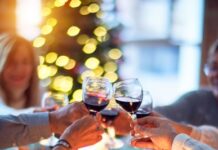 100 Thanksgiving Quotes – “Attitude is a little thing that makes a big difference.” 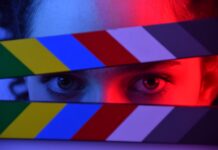 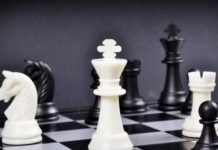 0
Alanna Ubach has provided voices for several characters in a number of animated television shows and movies, such as Liz Allan on...
Read more
Film

0
Margherita is a screen and stage actor from Milan who works in Italy, Australia, and USA. She studied with Emma Dante and...
Read more
Film