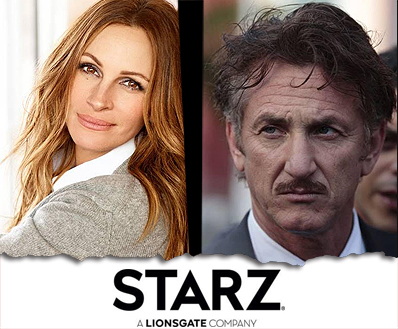 Some shows make this list because they’re based on big IP or hail from proven showrunners. Others make it because of their undeniable star power. Gaslit falls into the latter bucket. Julia Roberts and Sean Penn star in this modern take on Watergate which, similar to The First Lady, puts its focus on untold stories and forgotten characters. Roberts plays a socialite who is the first person to publicly sound the alarm about the president’s involvement in Watergate who happens to be married to Nixon’s attorney general (Penn).

Based on the popular Slate podcast Slow Burn, the cast also boasts GLOW’s Betty Gilpin — who has two shows on this list — as well as Dan Stevens and Shea Wigham. Gaslit is one of two shows coming next year focusing on Watergate, joining HBO’s The White House Plumbers with Woody Harrelson and Justin Theroux as the duo who planned the Watergate burglary that brought down Nixon. While Plumbers boasts an equally impressive cast and creator (Veep’s David Mandel), it’s interesting to see a Watergate story told through a female lens. Plus, this list can’t be all HBO and Netflix shows.

“He who has health, has hope; and he who has hope, has everything.” Thomas Carlyle