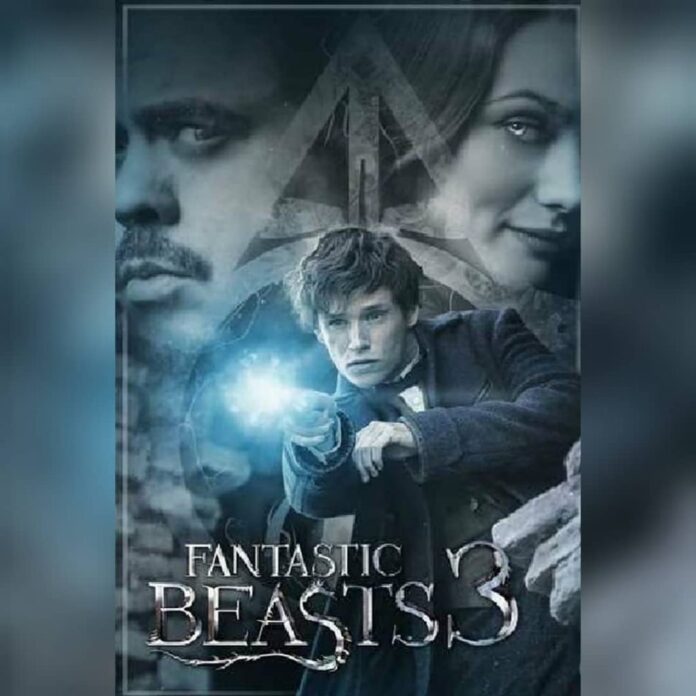 Fantastic Beasts: The Secrets of Dumbledore is an upcoming fantasy film directed by David Yates, with a screenplay by J. K. Rowling and Steve Kloves, from an original story by Rowling. A British and American co-production, it is the sequel to Fantastic Beasts: The Crimes of Grindelwald (2018), the third instalment in the Fantastic Beasts film series and the eleventh overall in the Wizarding World franchise. The film stars an ensemble cast including Eddie Redmayne, Katherine Waterston, Dan Fogler, Alison Sudol, Ezra Miller, Callum Turner, William Nadylam, Poppy Corby-Tuech, Jessica Williams, Jude Law and Mads Mikkelsen. Set several years after the events of The Crimes of Grindelwald, it follows Albus Dumbledore tasking Newt Scamander and his allies with a mission that takes them into the heart of dark wizard Gellert Grindelwald’s army. Principal photography was set to begin in early 2020,but was postponed due to the COVID-19 pandemic; filming commenced in September 2020.[3] Following the pandemic setbacks and the re-casting of Johnny Depp with Mikkelsen, the film’s release was pushed back to 15 July 2022, before being eventually set to 8 April 2022 in the United Kingdom and 15 April 2022 in the United States.

In October 2014, Warner Bros. Pictures announced the film as “at least” a trilogy with the third instalment to be released on 20 November 2020. In July 2016, director David Yates confirmed that J. K. Rowling had ideas for the third film’s screenplay. In October 2016, it was reported that the Fantastic Beasts film series would comprise five films, and Eddie Redmayne would be returning to all films to play the lead role of Newt Scamander, with producers Rowling, David Heyman, Steve Kloves, and Lionel Wigram. In November 2016, Yates revealed that he would be directing all five films, stating “I love making films, and I’ve got a great team, all of whom are like family.” In October 2018, Johnny Depp hinted that he might return to portray Gellert Grindelwald for the third film, which would start filming in mid-2019. In November 2019, Warner Bros. put out a press release announcing the film’s location of Brazil, a spring 2020 start of production, and that Steve Kloves, who had previously served as screenwriter on the Harry Potter films, had joined the project as co-writer. On 7 February 2019, it was revealed the film will be set in the 1930s, with the story leads up to the Wizarding World’s involvement in World War II and will explore the magical communities in Bhutan, Germany and China in addition to previously established locations including the United States and United Kingdom.

The film was initially scheduled to be released on 12 November 2021, but following Depp’s departure, his role’s recasting with Mikkelsen and the COVID-19 pandemic, Warner Bros. shifted the release to 15 July 2022. In September 2021, the film’s release was pushed forward three months early to 15 April 2022, alongside the announcement of the full title. It was later announced that the film will release a week earlier in the United Kingdom and Ireland on 8 April 2022. The film will be available to stream on HBO Max 45 days after its theatrical debut.

0
Blake Lively and Ryan Reynolds have pledged to donate $1 million to be split between Feeding America and Food Banks Canada.
Read more
Film

Halloween Kills -praised the creative kills and performances, but criticized its screenplay and lack of innovation