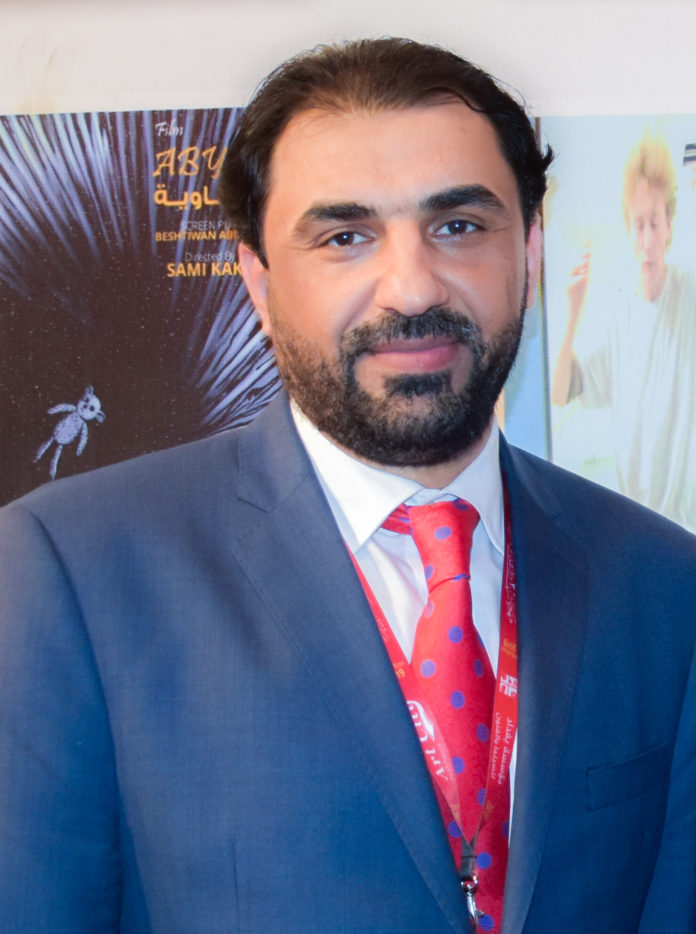 My Mosul 980 film tells the story of a 17-year-old Yazidi girl trying to escape from ISIS fighters: in Mosul during the Iraqi army-led liberation of 2016. The girl hangs in the midst of an armed clash between the Iraqi army and the girl but cannot find a way to use only a military car bomb. The film’s shooting conditions were exceptional and the film crew had tremendous pressure to complete the film. We arrived in the city of Mosul shortly after the liberation from ISIS. The city was under a strict military security and no one is allowed to enter because of the continuing skirmishes between the Iraqi army and some of the fighters who are still out of the tunnels! After months of negotiations with the leadership of the Iraqi army finally got approval to enter the city of Mosul and specifically the right side, near the mosque of Al-Hadba. The city was completely destroyed and streets filled with the bodies of fighters and the crowd, as well as car bombs some of which did not explode until the moment we arrived! The electricity was completely cut off and we could only find a solution to daytime photography in the light of the sun. On the second day we were exposed to the explosion of two explosive devices that were planted on the side of the road. The soldiers in charge of our protection were severely wounded and miraculously saved us from death! But the team insisted on completing the film and that is what happened, after 6 days continuous filming we completed the work.

It was not easy to choose the film’s actors. It took several audition sessions to choose the main roles. The main actress in the film Redhab Ahmad played the role of the Yazidi girl who was selected after a distinguished performance by a student at the Institute of Fine Arts in Baghdad. A great courage to go to a shooting site is still under fire and within a military zone, which is still in the war, took only three weeks rehearsal after it was ready to play its role perfectly. The other actor, Mohanad Hayal does not require his role to appear during the film, we relied on his voice performance and he praised the work and we were happy with the results.

After a provocative invasion of Mosul in 2014, the organization abducted 3,000 Yazidis (Isidin, a religious minority living in northern Iraq). The girls were raped and sold in sex markets. The story of one of the girls trying to escape after the Iraqi army began liberating the city of Mosul from ISIS. I decided that the camera movement, which is chasing the girl on the escape journey, gave the film a documentary film, which is closer to conveying the atmosphere of the war, with the difficulty of filming. In light of the ongoing battles, we relied on the fine goods and improvisation according to the conditions of the site. Photography, I did not care about the composition of the image frame and the size of the lens used! We used to shoot a battle and in such an atmosphere the most important to return safely to the house with the performance of a high representative and a shot suitable for display.

I am happy to attend this important festival, I will be there

I have been working on television for 12 years. My specialty is documentaries. But for the past 6 years I have decided to stop this work and focus on the film industry. I am now the director of the Enki Film Academy, an organization that develops and trains youth interested in cinema in the Arab world. To revitalize filmmaking and provide support for youth who are passionate about cinema, it is not an easy task but I keep trying!

The 980 is my first official film, chosen by the Berlin International Film Festival for the first world premiere and I am now in the midst of a tour with the film around the world to attend international festivals. The film won the London Independent Film Award.

Personally, I care about the attitude of the Yazidi community from the film and how it was appreciated. Dozens of messages I received from families who lost their daughters thank me for making the film that will contribute to promoting the issue of these abducted girls. I heard dozens of stories from these girls during the period of research and scriptwriting, I hope the film will contribute to support their issues and encourage the international community to make more effort for them.

It is not easy to produce a film in a country like Iraq, film production has been stalled for many years, the government sector is not interested in giving grants to filmmakers as well as the private sector is afraid to enter this field. We are independent filmmakers trying to finance our films from our funds and with the help of some international bodies. Europe, which is interested in supporting the film industry in the Arab world, finance is the biggest obstacle, funding in production and post production as well as in the distribution of the film.

Experience is the most important teacher, we learn the mistakes of previous experiences to develop skills and gain the necessary expertise to create a professional film by international standards. I learn every day from every film I watch, from the conversations of the great directors and to benefit from their experiences, important books in the world of cinema. Which I see crossing me as a director.

Good preparation Go to the photography site. The higher the preparation, the greater the results and the less mistakes.

I am now at the stage of writing a feature film that tells the story of abuse at Abu Ghraib prison in Iraq when he was under the administration of the US Army. Once he finished writing the script, he would start a journey to find partners and supporters.

0
In September 2015, the UN General Assembly established December 9th as the International Day of Commemoration and Dignity of the Victims of...
Read more
Film

‘Immersive Van Gogh’ in NYC with images in the cinematic move”