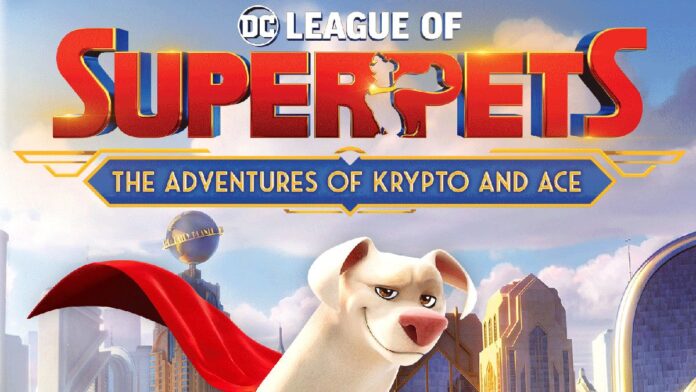 DC League of Super-Pets is an upcoming American 3D computer-animated superhero comedy action-adventure film written and directed by Jared Stern, and co-directed by Sam Levine (in their respective directorial debuts), and is based on the DC Comics team originally introduced as the Legion of Super-Pets. The film’s voice cast includes Dwayne Johnson (who also produces the film), Kevin Hart, Kate McKinnon, John Krasinski, Vanessa Bayer, Natasha Lyonne, Diego Luna, and Keanu Reeves. DC League of Super-Pets will be produced by Warner Animation Group, DC Entertainment, Seven Bucks Productions, and A Stern Talking To, and will be distributed by Warner Bros. Pictures. The film is scheduled to be theatrically released in the United States on May 20, 2022.

In January 2019, the film was scheduled to be released on May 21, 2021. The release date was later pushed back to May 20, 2022, in favor of The Matrix Resurrections, another film starring Reeves.It will be streamed on HBO Max 45 days after its theatrical release.

Lucy Lawless at Minions: The Rise of Gru – an computer-animated comedy film

0
Her debut on television was 2½ seasons as a cast member in the New Zealand sketch-comedy series Funny Business. After that, she...
Read more
Art

0
Performance by an actor in a leading role nominees: Antonio Banderas in PAIN AND GLORY
Read more
Literature