While modeling, Courtney Cox attended acting classes, as her real dream and ambition was to be an actress. In 1984, she landed herself a small part in one episode of As the World Turns (1956) as a young débutante named Bunny. Her first big break, however, was being cast by Brian De Palma in the Bruce Springsteen video “Dancing in The Dark”. In 1985, she moved to LA to star alongside Dean Paul Martin in Misfits of Science (1985). It was a flop, but a few years later, she was chosen out of thousands of hopefuls to play Michael J. Fox’s girlfriend, psychology major Lauren Miller in Family Ties (1982). In 1989, Family Ties (1982) ended, and Cox went through a lean spell in her career, featuring in unmemorable movies such as Mr. Destiny (1990) with Michael Caine. Fortunes changed dramatically for Cox, when in 1994, she starred alongside Jim Carrey in the unexpected hit Ace Ventura: Pet Detective (1994), and a year later she was cast as Monica Geller on the hugely successful sitcom Friends (1994). It was this part that turned her into an international superstar and led to an American Comedy Award nomination. In 1996 Cox starred in Wes Craven’s horror/comedy Scream (1996) . This movie grossed over $100 million at the box office, and won Cox rave reviews for her standout performance as the wickedly bitchy and smug TV reporter Gale Weathers. She went on to play this character again in each of the three sequels. Not only did her involvement in this movie lead to critical acclaim, but it also led to her meeting actor husband David Arquette. He played her on-screen love interest Dewey, and life imitated art as the two fell in love for real. Their wedding took place in San Francisco, at the historic Grace Cathedral atop Nob Hill, on June 12th, 1999. Joined by 200 guests, including Cox’s film star friends Liam Neeson and Kevin Spacey, the happy couple finally became Mr. and Mrs. Arquette.

In 2019, she created and executive produced the Facebook Watch documentary series 9 Months with Courteney Cox, which focuses on “people from across the country of various race, religion, and class as they self-document their 9-month journey of pregnancy”. In 2020, she guest starred in the ABC sitcom Modern Family. Cox reunited with her Friends co-stars for a reunion special titled Friends: The Reunion, which was released on May 27, 2021, on HBO Max.[63] The special earned Cox a nomination for the Primetime Emmy Award for Outstanding Variety Special (Pre-Recorded). Cox is set to executive produce and star as Brittany Wagner in the Spectrum Originals adaptation of the documentary series Last Chance U. She also signed on to star alongside Greg Kinnear in the Starz horror comedy series Shining Vale, from creators Sharon Horgan and Jeff Astrof. Cox stars as Patricia “Pat” Phelps, who moves her family “from the ‘crazy’ of the city to a large, old house in the suburbs where evil and humor collide.”Cox is set to reprise her role as Gale Weathers for the fifth Scream film, which was directed by Matt Bettinelli-Olpin and Tyler Gillett. The film will be released on January 14, 2022. 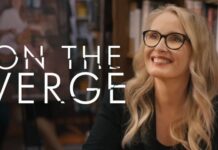 0
The Lost City is an upcoming American adventure comedy film directed by Aaron and Adam Nee, who wrote the screenplay with Oren...
Read more
Film