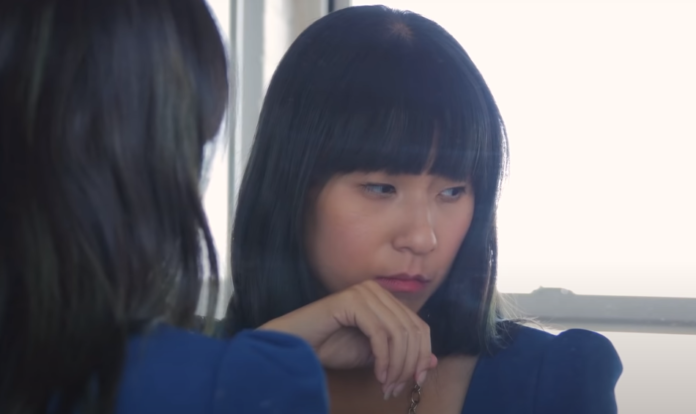 Actress Cherry Fu is an internationally renowned Asian-American actress who has worked in many movies. She was born in Queens, New York. Cherry Fu speaks both English and Mandarin fluently. But, she is known for her latest film, ‘The Formerly Session’ of February 2020. The actress is based in New York. She started her career as a model and then entered the showbiz industry. Her acting is quite popular in the cinematic industry.

According to Spokesperson for Cherry Fu, “The actress was first discovered at the age of 14 years when she used to do the runway shows at the Asia Business Center located in New York City. At the age of 18, she started with modeling and acting as a full-time job. She is adjudged as the best female actress at Tagore International Film Festival for 2020. This award function was held in Shantiniketan, Bolpur, India. Moreover, the jury picks the best movies, best male and female actor, best cinematography, best director, best editing awards, and much more. Cherry Fu’s recent movie The Formerly Session is produced and written by her only.”

The audience has liked the movie for production and Cherry’s acting. The movie reveals the dark side of toxic relationships. It is set up in the modern-day city, New York, showing the way relationships are weighed nowadays. Apart from acting, Cherry Fu is also trained in gun shooting, kickboxing, kendo, and archery.

I was born and raised in New York City and have been thru what every young child has been thru so we don’t need to get into those details.  My passion was to be a designer and artist which never came true, but I am still trying to do it.

I am right now working on a new film called “Above the Double Crossing” which I am producing in March or April of 2022.  It will be an interesting film; A pretty intense one!    As for now, I am waiting on post-producing “The Blackout” and contacting magazines for submissions.

I took the main lead in “The Formerly Session” which was produced by myself.  To make a long story short, I will just state few things; It was hard to get a female lead for that film due to the script was a little rated and the production company was very new. I only can pay $100 for 8 to 10 hours of work that time and the script was really rated.  No actress wanted to even get back to me and a year passed and still no sign of interest, so   I took the role myself because I wanted to start producing my ideas and show the public my thoughts.  Now my films are cut to five to six hours a day and actors now see my work and they all agree and applied to me and trust me which I am very happy to see.

My journey is to develop whatever the other actors give me at that moment and the best way to involve and learn in the process.  As for monologues, you practice, read it over and over again until you learn your lines is the best way for me to do it.

This film was written and produced by myself and was one of my two films to show people what I can do.  My first film focused more on the lead herself and this film was   a whole process. The director was Keith D. Bracker, who really trusted me to produce and act in this film. The cinematography was by William Murray; He was the eye of the director and the visual taker of the whole film.

The most challenging role was I the chance to play a ghost in The Monster Mash by DARK VISION FILMS.  The character in the film had no dialogue, only facial expressions using the eyes. I will never forget that role which was directed by Richard Terrasi.

The most fun role? I have to give it to “Blood is Power”, which I just finished six months ago by Wendell GVA James in which I play a member of the Mafia and a pretty crazy one at that!  It made my blood and body boil to the extreme; you will never see this kind of a role for a while by a female actress.

What I accomplished so far while never stop when you think you accomplished big but you are still learning and running throw paths to achieve your goal.  And lastly, I want to thank Martin Del Carpio who worked with me a lot of times and I wish for him   to accomplish even more in 2022.  Everyone, we will all keep going.

“Surround yourself with a loyal and talented team.” – Lane Gifford