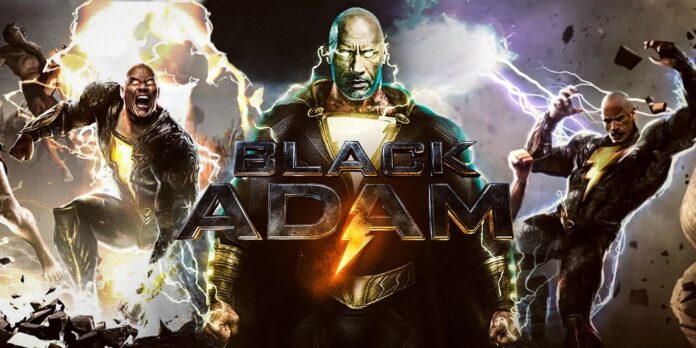 Black Adam is an upcoming American superhero film based on the DC Comics character of the same name. Produced by New Line Cinema, DC Films, Seven Bucks Productions, and FlynnPictureCo., and set for distribution by Warner Bros. Pictures, it is intended to be a spin-off from Shazam! (2019) and the eleventh film in the DC Extended Universe (DCEU). Directed by Jaume Collet-Serra and written by Adam Sztykiel and Rory Haines & Sohrab Noshirvani, the film stars Dwayne Johnson as Teth-Adam / Black Adam alongside Noah Centineo, Aldis Hodge, Sarah Shahi, Quintessa Swindell, and Pierce Brosnan. Johnson was attached to Shazam! early in development, and confirmed that he would portray the villain Black Adam in September 2014. The producers decided to give the character his own film in January 2017, and Sztykiel was hired that October. Collet-Serra joined in June 2019 for a planned release date of December 2021, but this timeline was delayed by the COVID-19 pandemic. Additional casting took place over the next year, including for members of the Justice Society of America (JSA), and the script was re-written by Haines and Noshirvani. Filming took place from April to August 2021 in Atlanta, Georgia, and also Los Angeles. Black Adam is scheduled to be released in the United States on July 29, 2022.

….WHERE THE FILM FAMILY BELONGS….

“Read, learn and practice then go out and show the world what you know”-Arton Humolli

0
Arton Humolli was born in 1981 in Prishtina – Republic of Kosovo.    He has a degree in Mass Communication – Production. ...
Read more
Film