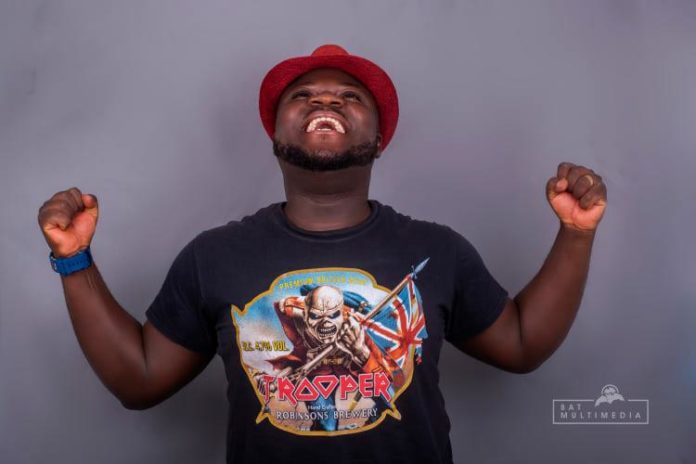 Anthony Osarfo is a Ghanaian by birth. He’s the last born of three children of his parents. In 2018, a very argumentative Osarfo married one beautiful and intelligent but ‘stubborn’ lady, Janet Braun (based in US). Popularly known in Ghana’s showbiz and media circles as an entertainment journalist and critic, Osarfo can boast of over a decade career in art, culture, tourism, and entertainment writing – written for three prominent entertainment newspapers, a magazine, and several online portals. Professionally, he’s been writing screenplays since 2009 and has a knack for horror, thriller, and historical fiction writing. He writes mostly features. His consistency fueled with determination on the craft (screenwriting) has so far won him a few tractions.

Well, I’m currently working on a crime-thriller and a historical fiction on African/black slavery. I have two other completed screenplays of which one, a supernatural-horror, is winning and placing in finals of contests, but as we say in scripting ‘writing is rewriting’ so I still consider them work in progress.

Premise/concept. The moment I start watching a movie, I want to know what the movie is about. The first ten scenes should give me an idea behind the story. The beginning of the movie should hook me with the premise/idea of the story, if not, I’m out. You lost a viewer.

If the movie is about slavery, let me see a slave or some slaves serving a master or being flogged. If it’s about hard drugs and their trafficking, let me see a drug baron, cocaine, a character snuffing – just something that can help me follow the plot.

Genre-wise, same. If it’s horror, something must scare me. I should see gore. If it’s comedy, crack me up from the get go. Then, character(s) – good or bad, and plotting.

So three things, premise/idea, character(s), and plot. Camera angles, sound, editing, and the rest come secondary to me. Whether the movie is educative or not is also secondary to me.

Knowing my character inside out. It helps me in crafting everything about the story/screenplay. Knowing the character determines how he/she reacts with other characters; his or her motivations, desires, goals, needs/wants, weaknesses, strengths, philosophies, and finally, how the character drives the plot to the end.

Once you don’t know your character well, you’re only writing a story with a familiar stranger.

As in movies or series I’ve written for? For now, none. I’m however about to seal a deal with a team. I will be scripting for a web-series.

Tough one there. I try my hands on poems. I write them when the vibe comes. I can be a good singer, but only when I’m alone in my bathroom. Lol.

Be mindful of the rules and break them. Contradictory? Not really. I mean have the mind-set of telling a story with a wow-factor. Don’t follow trends, set them. Provoke minds beyond the ordinary. There’s actually nothing new under the sun, but the point is, an old or hackneyed idea or story, can be made new and fresh in the minds of the reader/cinephile based on the unique expression of it. Script formatting Guru, Dave Trottier, gives this same advice to scriptwriters in another profound form: “Most often, creativity is not to create something out of nothing. It is a twist on an old idea. Creativity also means combining two stale ideas to bring forth something fresh.”

Two things. Just two things – win more contests with my script and get two screenplays I’ve started completed. I should be done with them by the end of 2020.

Anthony Osarfo – Facebook, LinkedIn, Stage32, Script Revolution, Instagram, and my blog Presspeep.com. Errmm, I will appreciate it more if business-minded ones like agents, managers, producers, filmmakers, come my way. Thank you very much at all.

NY Glam: Tell us
a little about yourself, growing up and your passions....