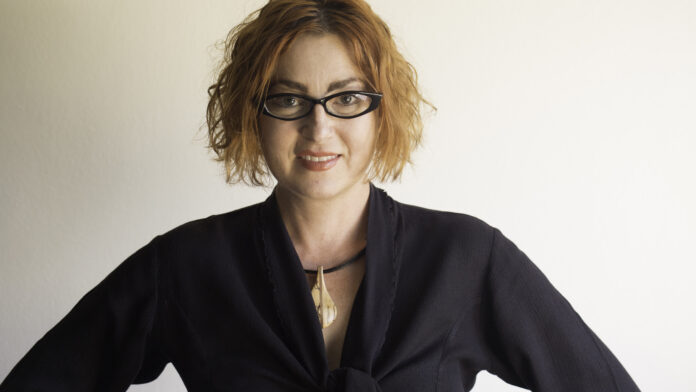 Jojin Van Winkle is a multimedia artist, writer, cinematographer, producer, educator, and activist. Her video, photography, film, and audio research centers around the practice of listening, focused on resilience, environmental stewardship, and the human condition. Her recent and ongoing work, The Destruction Project, was the subject of a solo exhibition at MMoCA (Madison Museum of Contemporary Art) October 2020–April 2021. This ongoing, multimedia, documentary-based project examines the roles of destruction and its counterpoints of resilience in rural areas. Through theatrical imagery, she investigates ways destruction and growth intersect with choice, change, and violence (natural and human-made), impacting everyday existence. The core of her practice is the process of documenting individuals, places, and objects revealing their stories and uncovering social implications.

The Destruction Project (15:30min) is an official selection for the VASTLAB Experimental 2021 (Los Angeles, CA, USA) from November 11-28, 2021, Onkyo Film Festival (Tallin, Estonia), Make Art Not Fear, an annual Festival in Port, Portugal from October 1-31, 2021, and MyMrsTimeless, an international women’s film festival in London, UK. The Destruction Project was part of the LoosenArt’s “Inspired by Words” exhibition, in Rome, Italy from September 23-October 1, 2021, and was an official selection, receiving an Honorable Mention Awards from the NYC Video and Art Experimental Film Festival, the Tokyo International Monthly Film Festival and the Athens International Monthly Film Festival.

Van Winkle’s short screenplay Tanked (31 pages) is about an employed, thirty-something Brian whow wants to be a father. When his budding fashion designer wife has a big showcase opening the same weekend his widowed sister, reveals a secret about her health, Brian finds himself torn between helping the two women he loves. Tanked is a finalist for the International Screenwriting Competition (NYC), a semi finalist for the Frances Bell Film Screenwriting Competition (London, United Kingdom), a finalist and an official selection for the Shawna Shea Memorial Film Festival held in Sturbridge, MA on September 21-25, 2021, a runner up and official selection for the KinoDrome: International Motion Picture & Screenplay Festival held in Cleveland, OH on September 26, 2021, and a finalist and official selection for the Vesusvius International Film Festival (Campania, Italy).

base out of Pasadena, CA. Tanked was awarded the Best Original Short Script by the Gothamite monthly film awards (New York, NY) for August 2021, an Honorable Mention for the Like It Film Festival (USA), the Best Short Screenplay for Art Film Award Monthly Film Awards, Skopje, Macedonia, Republic of the Former Yogoslavia, along with awards in other competitions.

Van Winkle has participated in artist residencies nationally and internationally and exhibited large- scale installation art throughout the United States, including Arteles Creative Center (Finland), World of Co (Bulgaria), Ragdale (USA), Hambidge (USA), and others. In 2016–17 Van Winkle was an artist- in-resident at the Madison Children’s Museum, collaborating with 500 children on a permanent multimedia installation. In 2016 she worked with youth in Skopelos, Greece to create a short film for the Skopelos International Film Festival for Youth (SIFFY), part of a filmmakers residency program sponosored by the Skopelos Foundation for the Arts.

For the Liberian land rights documentary, The Land Beneath Our Feet (2016, 60 min.), Van Winkle was an associate producer with additional camerawork. She was the USA-based cinematographer for PBS/Independent Lens documentary, In the Shadow of Ebola (2015, 27 min.). Both documentaries screened at international and national festivals, winning awards.

As an assistant professor at Carthage College (Wisconsin/USA), Jojin Van Winkle teaches and directs the Photography and Film and New Media Program. She has a Master of Fine Arts (MFA) and a Master of Arts (MA) from the University of Wisconsin-Madison and a Bachelor of Fine Arts (BFA) from the School of the Art Institute of Chicago.

Currently I am working on two short screenplays, both have characters confronting immense personal loss. In both stories the protagonists must choose between reinventing themselves against adverse circumstances or dwindling into stagnation.

For me a great film has layers which unfold overtime. The story has twists and turns. The cinematography is stunning. The foreshadowing with imagery is subtle and intentional. The characters are complex with unexpected charms and flaws. The dialogue can be abundant and fast paced or sparse and nominal, but the actors melt away into the characters either way. I have a soft spot for narratives in which protagonists follow their dreams, triumphing against immense odds.

Letting the character express their own voice. Not censoring their words and actions, but trusting that the character has a purpose and a message to share, even if ultimately the character is cut the final draft, at least they was able to be alive enough to share their unique insights, dreams, fears, desires, and heartaches. Learning to accept this process gives space to unexpected voices in the ever changing landscape of the creative process.

I am thrilled to be a finalist for the International Screenwriting Competition. Tanked is my first short screenplay. I am honored for my work to be included in this global competition. I hadn’t expected to get so far with this one narrative.

Receiving the good news that my work was selected as a finalist gave me a much-needed energy boost. Knowing that my small creative work spoke to others in this competition has lifted my spirits during these globally, challenging times. This success will fuel me as I move forward with my creative endeavors this week, this month, this year.

I was the USA-based cinematographer for the Independent Lens documentary, In the Shadow of Ebola. This was an international TV documentary project about the Ebola crisis in Liberia, (23 min., 2015— PBS online version and 27 min, 2015—(festival version). I was able to work withdirector/producer Gregg Mitman and producer/editor Sarita Siegel. I spent time with the Urey family, getting be with them was a humbling and remarkable time. The film is an Alchemy Films and Independent Television Service (ITVS) project with funding provided by the Corporation for Public Broadcasting. Available online at: http://www.pbs.org/independentlens/in-the-shadow-of-ebola/ also available through Films Media Group.

I was an associate producer for the Liberian land rights documentary, The Land Beneath Our Feet (60 min., 2016). I also had some additional camerawork in the film. I was able to work with director/producer/writer Gregg Mitman and producer/director/writer/cinematographer/editor Sarita Siegel. The trailer won the 2014 International FOCAL Award for best use of archival footage in a short production. Available through Passion River Films. www.thelandbeneathourfeet.com

A fun narrative project I was able to be part of was A Robot Walks Into A Bar (12 min., 2014) for ITVS FUTURESTATES. It was directed by filmmaker Alex Rivera and filmed in Hollywood. I was the 2nd Assistant Director. I did a bunch of different tasks during the shoot. It was a fantastic experience to be behind the scenes on a vibrant set in Los Angeles for a week. https://itvs.org/films/robot-walks-into-a-bar

My most recent and ongoing work, The Destruction Project, was featured in a solo exhibition at the Madison Museum of Contemporary Art from October 17, 2020 thru April 11, 2021.

Listen to your dreams. Take time to practice your craft. Be mindful of how you engage and cultivate your artistic vision. Take creative risks. It’s not always the gear, but how you play and make use of what you have. Say yes to collaborative projects which interest and/or challenge you. Watch and listen to those you work with–learning can happen at the edges and in the most unexpected of moments.

I will continue to work on my two short screenplays. I intend to submit at least one to festivals by the end of the year.

Through January 25th, 2022, you can experience some of my recent video art pieces—Center of Gravity and kurana, mediations 1 & 2.  (Kurana means compassion.) at the World of Co. Artist Residency’s online exhibition: https://worldof.co/exhibition-space/.

These moving image works were generated during my fall 2021 online international artist residency withthe World of Co. (Sofia, Bulgaria). I met and interacted virtually with artists from Japan, Dubai, Bulgaria, the Netherlands, Slovakia, and from around the USA. I intend to continue with more video art projects this year.

My experimental film, The Destruction Project (15:30 min) and accompanying photographs are being screened and exhibited in festivals and shows internationally and nationally. You can find out more specifics in the News section on my website https://jojinprojects.com/news/.

“Believe in yourself and never give up. Once your talent will shoot and hit the target.”-Aleksandra Aronova

0
As a start, Aleksandra graduated Ural State Academy of Architecture and Arts. Shortly she got a one-year education as an art-director at...
Read more
Art