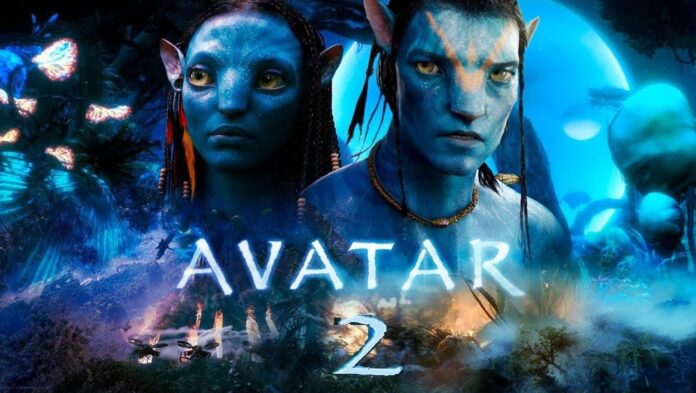 Cameron, who had stated in 2006 that he would like to make sequels to Avatar if it was successful, announced the first two sequels in 2010 following the widespread success of the first film, with Avatar 2 aiming for a 2014 release.However, the subsequent addition of three more sequels, and the necessity to develop new technology in order to film performance capture scenes underwater, a feat never accomplished before, led to significant delays to allow the crew more time to work on the writing, pre-production, and visual effects. The film theatrical release has been subject to eight delays, with the latest occurring on July 23, 2020; it is currently planned for a release on December 16, 2022, with the following three sequels to be released, respectively, on December 20, 2024, December 18, 2026 and December 22, 2028.

Preliminary shooting for the film started in Manhattan Beach, California, on August 15, 2017, followed by principal photography simultaneously with Avatar 3 in New Zealand on September 25, 2017; filming concluded in late September 2020, after over three years of shooting.

In 2006, Cameron stated that if Avatar was successful, he hoped to make two sequels to the film. In 2010, he said the film’s widespread success confirmed that he would do so. The sequels were originally scheduled for release in December 2014 and 2015.He included certain scenes in the first film for future story follow-ups. Cameron planned to shoot the sequels back-to-back and to begin work “once the novel is nailed down”. He stated that the sequels would widen the universe while exploring other moons of Polyphemus. The first sequel would focus on the ocean of Pandora and also feature more of the rainforest. He intended to capture footage for this sequel at the bottom of the Mariana Trench using a deepwater submersible. In 2011, Cameron stated that he was just starting to design the ocean ecosystem of Pandora and the other worlds to be included in the story. The storyline, although continuing the environmental theme of the first film, would not be “strident” since the film will concentrate on entertainment.

The sequels were confirmed as continuing to follow the characters of Jake and Neytiri in December 2009.[22] Cameron implied that the humans would return as the antagonists of the story. In 2011, Cameron stated his intention to film the sequels at a higher frame rate than the industry standard 24 frames per second, in order to add a heightened sense of reality. In 2013, Cameron announced that the sequels would be filmed in New Zealand, with performance capture to take place in 2014. An agreement with the New Zealand government required at least one world premiere to be held in Wellington and at least NZ$500 million (approximately US$410 million at December 2013 exchange rates) to be spent on production activity in New Zealand, including live-action filming and visual effects. The New Zealand government announced it would raise its baseline tax rebate for filmmaking from 15% to 20%, with 25% available to international productions in some cases and 40% for New Zealand productions (as defined by section 18 of the New Zealand Film Commission Act 1978).

In 2012, Cameron mentioned a possible third sequel for the first time; it was officially confirmed the following year. Cameron was then looking to release Avatar 2 in 2015, but later that year, production was rescheduled for 2014, with the film to be released in December 2016, and to be followed by the two other sequels in 2017 and 2018. By 2015, the scheduled release dates for the sequels were each delayed by another year, with the first sequel expected to be released in December 2017; this was due to the writing process, which Cameron called “a complex job”. The following month, Fox announced a further release delay. In February 2016, production of the sequels was scheduled to begin in April 2016 in New Zealand.

In April 2016, Cameron announced at CinemaCon that there will be four Avatar sequels, all of which will be filmed simultaneously, with release dates in December 2018, 2020, 2022, and 2023, respectively. In late October 2016, it was reported that Cameron was going to push for “glasses-free 3D” with the sequels, but he later disagreed with these rumors and did not think the technology would be there yet. In March 2017, Cameron revealed that Avatar 2 would not be released in 2018, as previously believed. On April 27, 2017, new release dates for all four sequels were announced: December 18, 2020, for Avatar 2, December 17, 2021, for Avatar 3, December 20, 2024 for Avatar 4, and December 19, 2025, for Avatar 5 The films will be released in Dolby Vision. New crew members include cinematographer Russell Carpenter, who worked with Cameron on True Lies and Titanic, and Aashrita Kamath, who will act as art director on all four sequels. Kirk Krack, founder of Performance Freediving International, worked as a free-diving trainer for the cast and crew for the underwater scenes.

Asked about the delays of the releases of the film and its sequels, Cameron stated: “I wouldn’t call them delays. It was highly optimistic that we could start quickly until scripts are written. If there’s no scripts, there’s nothing, right? The scripts took four years. You can call that a delay, but it’s not really a delay because from the time we pushed the button to really go make the movies [until now,] we’re clicking along perfectly. We’re doing very well because of all the time that we had to develop the system and the pipeline and all that. We weren’t wasting time, we were putting it into tech development and design. So when all the scripts were approved, everything was designed. Every character, every creature, every setting. In a funny way it was to the benefit of the film because the design team had more time to work … Most of the actors, the key principals, have all read all four scripts, so they know exactly what their character arcs are, they know where they’re going, they know how to modulate their arc now across the first two films”.

0
Religious and political books such as The Bible, Quran, and Quotations from Chairman Mao are believed to have more than a billion copies each in existence....
Read more
Astrology

0
Astrology is a very controversial subject. Some astrologers argue that astrology works by a mechanism that is yet unknown to science...
Read more
Art

Congratulations to all winners of the 2021 IFFNY, 10th Edition.