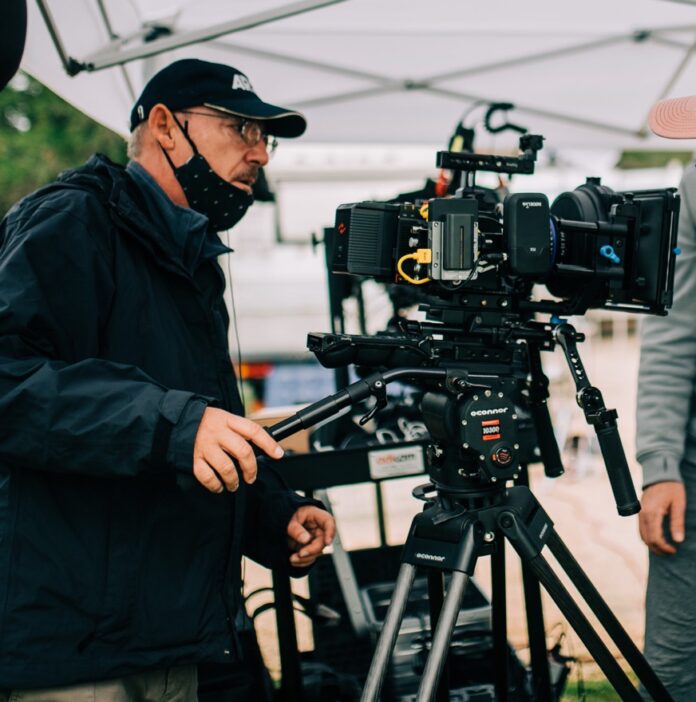 Since the age of 14 my passion was for photography and filming and at 19 years old I was one of the younger entrepreneur in Switzerland by opening a professional photo laboratory with six employees and clients from the region, till Zurich, Vaduz and Milan. Then I left the laboratory at 23 years old to move back to the camera and after a photographic freelance job with American Native in Oklahoma, landscapes in Argentina and New Zealand for Grazia Neri stock agency in Milan, few workshops with world wide famous photographers like Deborah Turbeville and Peter Gasser (former Ansel Adams student), I end up as an assistant of the fashion photographer Mike Reinhard in New York where I build my skills to do the 8×10” Ethnic Polaroid collection around the world for 5 years. When the digital cinema was a reality with the first RED One camera I bought, I was involved in renting my equipment for several TV commercials for Nike, Audi and more in Tenerife and in 2009 it was used for “Clash of the Titans” in Tenerife again. In 2012 I produced the Spanish movie “El Clan” with director Jaime Falero, a young talented director that had the chance to continue his career with “Project 12, The Bunker” with Eric Roberts and more recently, in 2019, I collaborate as associate producer, set photographer and support actor in his last movie “Ron Hopper’s Misfortune”. In the past 2 years I was working to put together the first draft of the script “Kristel” witch is presently a film project in development. Meanwhile I participate as crew in several documentaries, shorts and commercials, most in Algarve (Portugal) where I rent out also professional audiovisual equipment.

During the 1st lockdown in 2020 I did “ALONE” a short movie that win an award in Hollywood and beginning 2021 a more bigger production with the short LOCKED LOVE, as director, writer and co-producer. Beginning 2022 I directed a new short, A CHRISTMAS GIFT, in Portuguese which is in the editing process at the moment.

At the present time I’m available for audiovisual productions mostly in Tenerife, southern Spain, as Andalusia and in Southern Portugal, in Algarve during the low season. I own film professional equipment as the MAVO 6K s35 EF/PL mount camera (similar to the Arri Alexa Mini, but cheaper and lighter), with Zeiss CP.3 lenses and Atlas Anamorphic, as well gimbal, easyrig, dolly, jib, car mount, LED lights up to 40’000 lux @ 3m power and audio recording equipment from mixer, boom and lavalier mics. Beside English, I speak Italian, French, Spanish and some German.

I’m working on the final editing of the short movie we just finish to shoot in Algarve, Portugal, “A Christmas Gift” (“Um Presente de Natal”, in Portuguese) and make “Kristel”, the script subject of this interview, becoming a real movie project ready to shoot soon.

Characters must be empathic, maybe this is a reason why superheroes have such success. In case of Kristel, she is very funny, every body will love her and the talent I cast already in New York is fantastic.  Also the story must “roll” and the photography and soundtrack must be awesome.

As written above, empathy is the 1st ingredient of a successful character.

It’s an amazing achievement, I’m really thankful to ISC. This is an important step to be noticed and hopefully to be able to get the necessary support from producers and distributors to make this project coming alive.

“El Clan” the 1st feature film I produced from film director Jaime Falero in Tenerife (Canary Islands) and of course my last two shorts I directed in the last 12 months, “Locked Love” and “A Christmas Gift”.

Better to find a more useful job like carpenter or engineer. But if there is such a passion for filmmaking, doing a film school like the NYFA and try to be on set also for free as many times as possible to learn the secrets of filmmaking and gain the needed experience, reason why we do shorts.

Shoot Kristel and bring to film festivals “A Christmas Gift”

My personal website is www.LouDiGiorgio.com and I’m available in linkedIn and in ImDBPro. Socials? No, I prefer to take my bike and have a tour in the nature

0
Mission: Impossible 7 is an upcoming American action spy film written and directed by Christopher McQuarrie. It will be the seventh installment...
Read more
Art

“I can’t change the direction of the wind, but I can adjust my sails to always reach my destination” — Jimmy Dean.