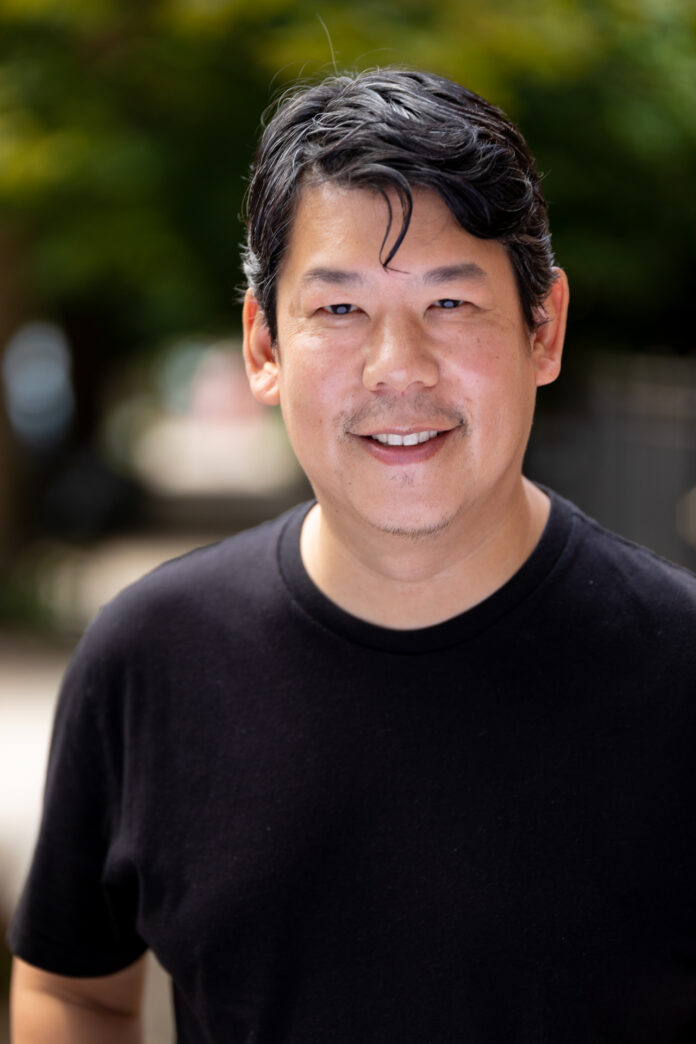 Dan Chen is an actor best known for his work in film and television. When not on set, he enjoys working in education at an independent school for girls in Manhattan, and as a college adjunct professor (including a course on Art and Social Change). He is a graduate of Cornell University, Brooklyn Law School, and The American Academy of Dramatic Arts. Dan is a proud member of the Screen Actors Guild (now SAG-AFTRA) and earned his SAG card with a guest starring role on the HBO hit series THE SOPRANOS. Between teaching and acting, Dan feels blessed to be able to do what he loves. He is represented by Central Artists Talent Agency in Burbank, California.

I was born and raised in Ithaca, NY, and went to school there all the way through college at Cornell University. I never lived away from home until after I graduated and moved to NYC, which is where I really began pursuing acting more professionally. But I was a late bloomer for most things, including acting, which is what I’m really most passionate about.

Acting, for me, is a way to be braver, stronger, and more vulnerable than I am in real life. And because it is a way for me to define my own “type” rather than let other people dictate the roles that I can play based on, say, my race.

My degree from Cornell is in Industrial and Labor Relations, and, like so many of my fellow alum from that program, I went on to go to law school and become a lawyer. But it was always in my “off” time that I developed my passion for acting.

In fact, when I was transitioning careers from law to education, I used to joke that I would use my acting income to support my nasty habit as a lawyer.

I am currently working on my next screenplay. It’s called No1, and is about a tennis coach, a rocket ship, and a dying wish. My tentative logline for it is as follows: When her husband is diagnosed with a terminal illness, a former college star returns to the sport she loathes, to coach an aerospace CEO’s daughter to number one, in a last-ditch attempt to buy some more time with her dying husband. And, like my previous two short film projects (FLIGHT and ENTROPY), both of which I also wrote, I plan to direct and act in this film as well (as the husband).

I guess we’re talking about ENTROPY (which is screening now in the NYNG Festival) – and since No1 is still in development – but, just before everything shut down in March of 2020, I was featured in a Washington Post Magazine article about stereotypes in Hollywood. In it, the contributors interviewed a number of minority actors in order to contrast their “dream roles” with their “typecast” roles. Invariably, the typecast roles were largely stock characters (easily described as an occupation), whereas the dream roles were often superheroes (who are exemplified by their strength and complexity of character). Likewise, I wanted to play a character who was regarded for his humanity, rather than his occupation. So, I always start with the premise that I write, direct, and, most of all, act to showcase (and normalize) people who look like me in roles and stories that cast them as the leads.

In ENTROPY, the journey that my character (Brian Au) goes on is best summed up in the “epilogue” given by the Priest (played by Cris Colicchio) towards the end of the film. In essence, he begins as a man unwilling to take risks in life (for fear of getting hurt), but ends up finding love after being pushed out of his comfort zone.

I describe ENTROPY as a story of hope. It was a way for me to stay positive and productive during the height of the pandemic. I wrote, produced, and directed it myself and enlisted the help of some actor friends, who were all in sort of the same mental space as me (and probably the entire acting community) at the time. In fact, I had friends contribute to this project from New York, New Jersey, Pennsylvania, Missouri, Ohio, California, and even England. My chief collaborator, who also served as Associate Producer, as crew, and as an actress in the film, was Kathryn Milewski.

The most challenging role I have ever played was probably Jean in MISS JULIE. It was for a small professional theatre in Westchester, and was earlier in my career, so I don’t even list it on my resume anymore. But I felt very far removed from that character even then too. I tend to think of myself as a quirky romantic type in real life, and viewed the character of Jean as a raw, misogynistic brute. So, I had a hard time squaring the two, and remember playing into caricature (more than character) when I did that role. I would love to try that role again, now that I’m a little bit more seasoned and comfortable in my skin.

Most fun role, I have to keep under wraps for now. It was a Guest Star appearance on a Netflix show, but production is being super tight-lipped about it until its release, which will hopefully be later this year. Of the roles that I can disclose, one of the most fun roles that I have played and remember most fondly, was the role of the GUY in BENCH SEAT by Neil LaBute. I loved the way his characters talk, and the simplicity of setting it in a car. (I would later write my own “car” play, entitled ROAD TEST, which is my most often produced one-act play to date.) Anyway, I had such a fun time with BENCH SEAT that I even found myself looking forward to the daily two-hour commute each way from NYC to Connecticut (where it was being presented) to rehearse and perform it during its run.

My biggest accomplishment to date, as an actor, is probably ENTROPY. Not for anything other than how personal it was for me, though I’ve also never gotten so many nods and nominations as Best Actor, and recognition as a filmmaker. But this project has given me a lot of confidence, to be myself (not that ENTROPY is a biopic, but it is based on me and my wife in a lot of ways), and to find that there is a market and audience – even if niche ones – for this content is somehow very empowering.

Well, I’ve already branched into directing and screenwriting as an offshoot to my acting. But, aside from that, I also enjoy tennis (which will be prominently featured in my next film project), and love working in education for an independent school on the Upper East Side, and as an adjunct for several college courses.

Honestly, most of the lead roles I’ve gotten to play have been in student films and/or self-produced films. But I am hopeful that these emerging filmmakers, screenwriters, and producers (myself included), will be helming big-budget movies and TV shows soon. And when they, and the viewing public, are ready to make that leap, so will I (as a lead actor in those projects)!

I sort of have a view into that right now. In fact, I try to constantly balance my pursuits of different passions. And when I’m not acting, I’m sharing my passion for acting and performance with my students.

My goal for this year is to finish, shoot, and distribute my next short film, entitled No1, and to continue playing leading roles that exhibit humanity rather than just stereotypes.

Create your own content. And have fun doing it. At worst, it’s practice. At best, it’s revelatory. And either way it builds character, courage, and confidence in yourself – which are the keys to a compelling performance.

“You better watch out, you better not cry, better not pout, I’m telling you why—Santa Claus is coming to town.” — Haven Gillespie

0
Santa’s List Day - December 4 Santa is the one celebrating this day as he is the one putting...
Read more
News & Lifestyle

What if we cooperate and fight for climate action?

0
The International Day of Cooperatives is an annual celebration of the cooperative movement that takes place on the first Saturday of July...
Read more
Film