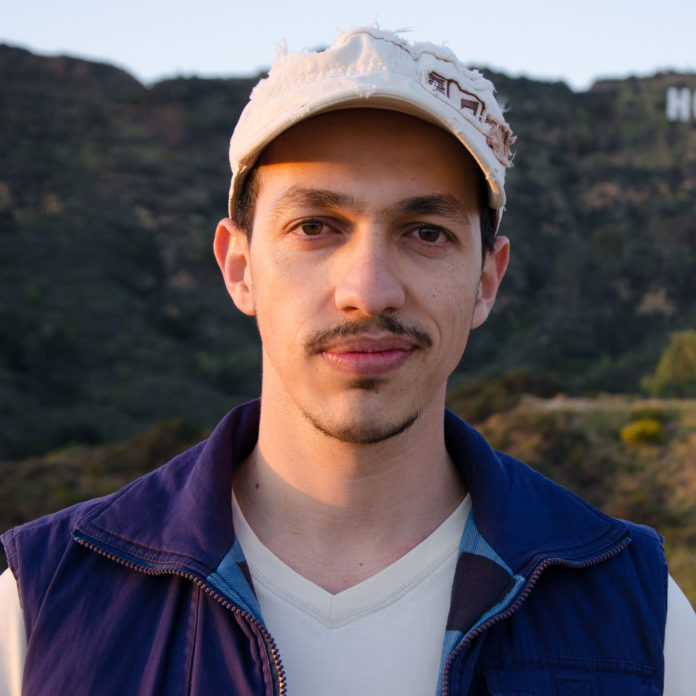 Jorge Porras Gamboa was born on September 18, 1986 in the city of Chihuahua. Degree in Communication Sciences from Tecnológico de Monterrey in 2010. Since 2009 he has written, directed and produced independent short films: “Escríbelo” (2009), “Tiempo” (2010), “Bianca Va” (2014) and “Muted” (2014). He was invited to participate in the “Filmmakers Institute” project, organized by “The Creative Minds Group”, within the framework of the 2014 Toronto International Film Festival. There he obtained the recognition of best short film and best cinematography with “Muted”. FONCA Scholarship (Young Creators 2016-2017, film script). Director and Producer of the documentary El Gran Salto (The Jump), about the Olympic dream of the best
jumper in Mexico.

I´ve been making films for 5 Years, and videos since Highschool, possibly 15 Years ago.

As a feature, this is my first, The Jump (El Gran Salto).

About 4 brothers that share the Olympic dream and the close following to the eldest, Luis Rivera, Mexico´s best Long Jumper who attempted to be the first Mexican Olympian with PhD Studies.

As it is a Documentary, I realized that Luis, a friend form childhood was breaking all records in Mexico and decided to follow him around with my camera, start gathering materials and see what could develop from there.

Since we were waiting on an specific outcome to occur (The moment when our main character qualified to the Olympics) The most important lesson was to not over-plan or overthink shootings in a documentary. Several times our schedules and plans of weeks, or even months changed in a day after the main character had to rearrange some trips or competitions because of injuries, I think after the 2 first years we decided to just plan ahead for 2 weeks and continuously adapt from there. Also to be a one man army when needed. Two or three times I had to travel with the characters by myself and had to shoot, do audio and pretty much all production on my own, hoping that not much happened and some of the best moment happened, so we had to be ready always, for whatever came next.

Before The Jump I have only made short films, most of them just for fun with really small crews. But now I´m working on projects that I´m super excited about, like my first fiction feature about the relationship of two brother fighters, a professional boxer and a street fighter.

They have been an amazing platform for developing and showing all of my projects. Before I made this film I had the opportunity to attend big markets like Toronto and Cannes, and there I met some of the first supporters of our film. Now with The Jump we´ve got to network around the world.  Thanks to festivals like these you get the shot at showing your film to such diverse audiences and getting an immediate feedback to what you are doing. Winning the Best Audience Award in our world premiere in Monterrey International Film Festival I think was one of the best moment of my life.

To start something is always really hard, since that is the main obstacle everyone has to face, but I think keep going is always harder, because you have to keep adjusting to new scenarios and things that are out of your hands, like the contingence we are all now experiencing with coronavirus. You have to stay alert because the world is changing so fast and sometimes what used to work for you before won´t work again, so you need to keep pushing your own standards, working and re-inventing yourself.

It took me 5 years to start my first feature project, I used the excuse of money, always thinking that when I have enough I would start. But after a couple of accidents I just took the leap, sometimes you just need to be reminded of the shortness of life to put excuses aside and just start. I actually now have piece of paper in my office that says: “Yes, it is hard. Just start”. (True story)

I used to run my own marketing agency, doing short films as side projects. It took me 6 years to finish my first film, and honestly, before postproduction, it came a day when I promised to myself I would never do a film again, I though all the time, money and sacrifices just where not worth it. I was decided to go back to marketing and entrepreneurship. But after finishing this project, showing it in festivals and getting the audience´s reactions and kind words afterwards, there is like a drug that kicks in, something that told me that my only possible next move was to do another film. And nowadays I think I´m doing a little bit of both, since now I want to approach every project like a new company, and always keeping in mind the marketing part of it.

I think I´m just still finding a style by making films and watching films. I try not to watch to much my previous works, but when I do, I realize of many things that I can still need to learn.

I think prioritizing and keeping in mind what is most important is as good as it gets. Always having my family and God first in my life and continuously reassuring myself that I have everything I need to be happy. So if I don´t need anything, I feel successful. When I hear the word “success” the final words of the film Jerry Maguire come to mind: “I love my wife, I love my life, and I wish you my kind of success.”

Now I´m really fortunate to be able to work in developing 3 projects that I´m really excited about. All of them relate to sports: My first fiction feature, an animated series and another Olympic related documentary.

We are actually looking forward for a stronger presence in The U.S. and Latin America. Our studio is heading towards producing and co-producing more international films with family values inspired by sports.

International Screenwriting Competition Open Calls for the 5th Edition of 2019

0
International Screenwriting Competition is a project organized by Nil Production Corporate, and is a part of International Filmmaker Festival of New York,...
Read more
Art

NY
Glam: Tell me about your experience as a Theater performer?