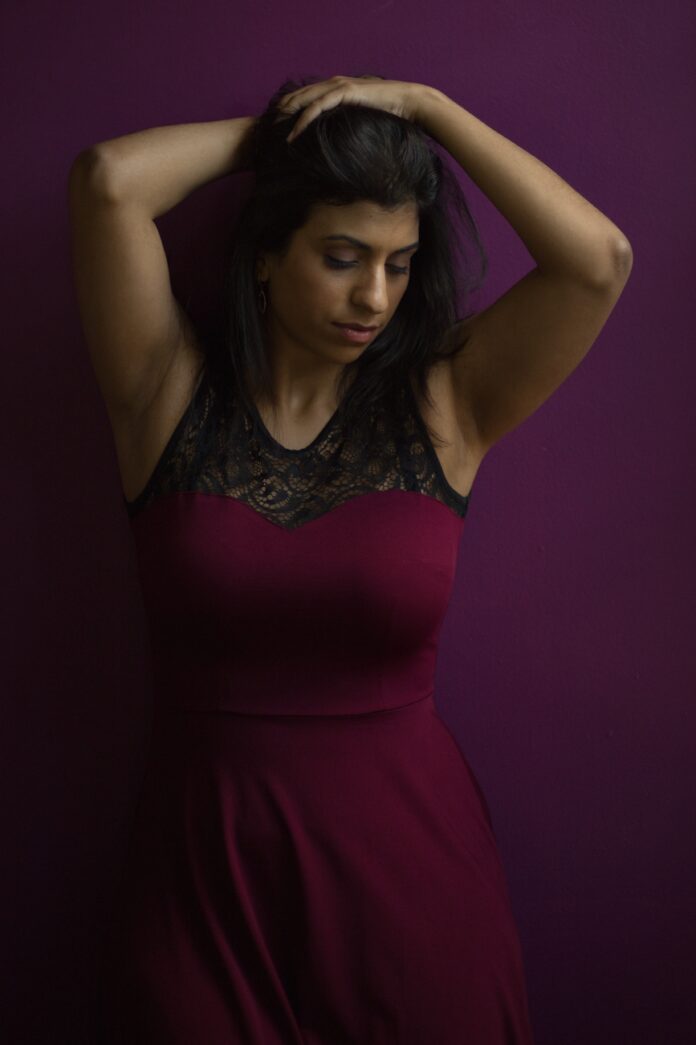 Notable actress Hila Naus was born and raised in Bnei Brak, Israel. She attended all-girls school until the age of 18. Hila started acting when she was 17 at Beit Zvi, the School of Performing Arts, an after-school youth program for acting, singing, and dancing where she discovered that she had a gift for singing. At 18 she joined the IDF (Israel Defense Forces) for her mandatory military service and was stationed on the Israeli-Egyptian border as an observer.

After the military, Hila decided to follow her dreams and got accepted to the IMTC, the first Musical Theatre Company in Israel and performed shows such as I Love You, You’re Perfect, Now Change, and Living in Harmony, which got selected to be shown as a part of the Theatre Fall Festival at Suzanne Dellal Center in Tel Aviv, Israel in 2009.

In 2011, to further pursue her dreams in the arts, Hila moved to New York City to attend The American Musical and Dramatic Academy (AMDA) where she performed in Drama and Musical showcases during her last semester. Since graduation, Hila joined Sanctuary Playwrights Theatre as a core artist, starred in her own cabaret show at the  Duplex Cabaret Theatre, was invited to perform songs in fundraising concerts and other events around NYC. She was also cast as Roya in the feature film “Appropriate Behavior” where she directly worked with the up and coming filmmaker Desiree Akhavan (The Miseducation of Cameron Post), and as an ER doctor in the feature film “The Closer” which won Best Feature Film in 9 film festivals including Manhattan International Film Festival.

Hila Naus was also cast as Antoinette Stephen in the NBC’s Deadline: Crime with Tamron Hall. The episode is focused on the true story that happened in 2011 where Antoinette killed her boyfriend’s wife on his orders.

Hila’s recent film “El Cat” was accepted to the official selection of the HBO’s Women in Comedy Festival and competed for the best short film in Boston in April 2018. Hila is fluent both in English and Hebrew.

Tell us a little about yourself, growing up and your journey to become a performer.

Hila Naus: Growing up in Israel, particularly in Bnei Brak, which is a city of very religious settings, and going to an all-girls school until 18 really shaped my upbringing and my personality. In my school there was no such a thing as becoming “an actress” and I say it with hand quotes because in a way, they look down at this idea. Some were excited and curious, but it wasn’t really something you should be proud of.

My passion to become an actress came first at around 14. I was lucky enough to have a TV at home, unlike many of my friends so I always imagined being a part of this world in my own mind. At that age I couldn’t yet imagine it can be a reality.

The singing part came a bit later. I actually never knew I could sing, I never considered myself a singer in any way, but at around 17 when I enrolled in one of the best performing arts youth programs in Israel, it was where I realized that the acting world can actually happen for me. One time, one of my teachers there said to each of us to come on stage and sing a-cappella, it was a very challenging situation as I was so terrified to sing out loud in front of a class of 30 kids! But I did it! And she ended up telling me that I can sing very well. I was so surprised, I didn’t believe her and I kept asking her “Are you sure?”. She was right.

So, a few years after this experience and this realization and after the military service in the IDF in Israel, I started taking voice and acting lessons and that gave me the technique I needed. I sing in events and productions ever since. My passion towards Musical Theatre in particular grew thanks to that fact, and thanks to my coach at that time. Theatre was and is a big part of my journey until today.

When did you move to the U.S. and what brought you to NYC?

Hila Naus: I moved from Israel to NYC in 2011 to study musical theatre and I graduated from The American Musical and Dramatic Academy (AMDA). Since graduation, I worked in many productions, from small theatre shows to big productions like the Blue Man Group.

What did you do up until the pandemic and how did it affect your career?

Hila Naus: Since COVID-19 hit earlier this year, the industry pretty much shut down. Right before that I was a part of an Israeli singing band called IAP Troupe created by the organization IAP (Israeli Artists Project). I was a part of eight singers and the show we created was very successful. We performed in a few places, one of them was the famous JCC of Manhattan. It was a lot of fun, but it lived for a very short time since we had to postpone/cancel our shows because of the pandemic.

What made you take this part in IAP Troupe?

Hila Naus: This specific project was important to me because I love the old Israeli culture and music and I know that many Israelis and Jewish people in this country enjoy it a lot just like me. Bringing old Israeli music to the stage is not just nostalgic, but also a dream of mine, so I am grateful to being able to do that.

The pandemic hit all of us in many ways. I think we all gained, lost, and learned something from this time. And especially the performing art industry. It’s not so easy to cope. I know of a lot of people that left NYC, left the industry, switched gears completely.

Speaking of switching gears, how did you cope during this time? Did you think about changing your career path?

Hila Naus: Personally, it wasn’t easy. Earlier in 2020, I was working with the IAP Troupe band and had plans to tour with it but for now this project is on hold, and who knows if we’ll be able to revive it. Only time will tell.

I did find myself wondering where and how to take my acting career moving forward but I was certain all this time that I’ll continue doing acting and music after this is over. The industry didn’t completely die, even if it feels like it at times, It’s just that it is going through a hard time right now, and will be back at some point. Whenever it’ll be, it would probably be different, so I am curious to know how and what this will look like in the future.

I know there are a few projects starting now and I even had auditions for a few big productions, so I’m hopeful things will turn out ok very soon, especially since we’re heading towards getting everyone vaccinated.

In a case you get a role in a production nowadays, are there risks you’ll be willing to take?

Hila Naus: It’s a very good question. I asked myself that many times during this time. I think that personally, I’ll have to see what are the precautions each production is taking and then decide. I used to watch this channel on Youtube by this funny guy and at a beginning of every episode he used to say “Safety is the number one priority” and that’s how it should be, right? Unfortunately, I find that not everyone follows this, even though they say they do. So, when it comes to productions, you really have to dig deep into their “safety rules” and see if they really keep things safe as they should. One example is to ask if everyone on set is getting tested regularly which is very, very important.

Looking at safety rules was something that we never really thought about looking at. We always took it for granted in a way, but nowadays, things have definitely changed and in some cases, it could be a deal breaker for some people. And to me too.

Do you have any advice for young performers to do during this time that the business isn’t so active?

Hila Naus: Keep practice your craft! I always emphasis this. Our skill set is like a muscle. If you don’t practice your muscles, then you won’t become the greatest artist you can become. Another thing I suggest is to pick up a new skill set. Learn to knit, become a better guitarist, start taking online lessons in martial arts- anything you choose to do, will benefit your career in the future. This is our time to take advantage to get more skilled.

Even though times are hard now, we must look forward to our future and believe that we will survive this, and the industry will too, no doubt about it. We cannot live without the entertainment industry and when this is over, we better be ready to be the first in line to do what it takes to revive it.

Where can people keep up with your work? (social media, web, etc)

Hila Naus: You can find more about me on my website: www.hilanaus.com

If you want to get updates on my upcoming projects, you can also go to my IMDB page: www.imdb.me/hilanaus

0
Sam Worthingon is best known for playing Jake Sully in Avatar, Marcus Wright in Terminator Salvation, and Perseus in Clash of the...
Read more
Film