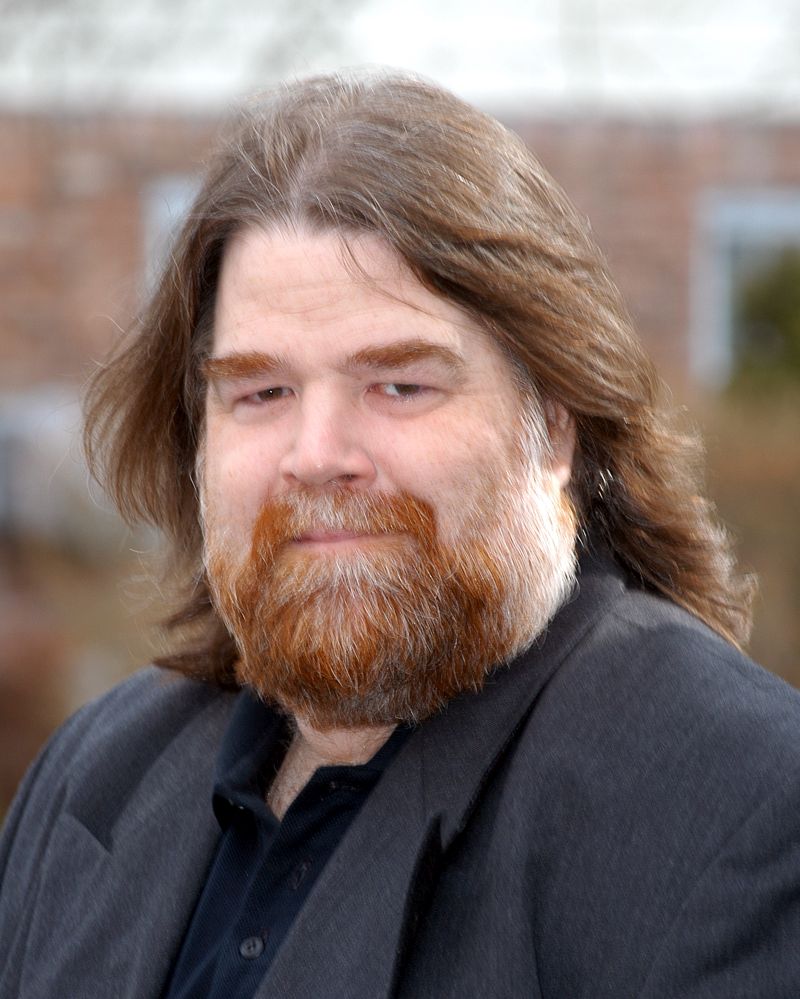 At Five Towns College, they call him “Professor Hockey Man,” because of his penchant for wearing hockey jerseys to class. Bearded and burly, you’d be expecting to see him at a ballpark far more than community theater. But the most interesting things in life are the things that never are what they appear. For a decade, John Blenn has been in a league of his own, producing over 80 original plays and producing more than 90 productions with his all-original theater group, Middle Class American Productions.

For 41 years, he’s been a respected entertainment journalistic editor/publisher, launching his career with Nassau Community’s College’s Satellite newspaper and working as a DJ at the college’s WVHC/WRHU FM station. The entertainment magazine, “The LIE,” or Long Island Entertainment, which he started in 1997 and ran until 2004 . Blenn has also been the former editor of Good Times Magazine (1981-1986, 1988-1997), entertainment editor at the Island Ear (1986-1988), and has also written for Newsday, The Music Paper, It’s Hip, Network and several others, before debuting as a playwright in 1995 with X’s & 0‘s. Blenn was also employed as the General Manager of Westbury Music Fair (now known as the NYCB Theatre at Westbury), the 2,900+ seat venue owned by Live Nation, from 2001-2004.

Since 2001, he has taught Music Business, Theatre, Screenwriting, Mass Communications and History at Five Towns College and has been Playwright-In-Residence for the college since 2005. He’s even returned to the journalism ranks as Entertainment Editor for Village Connection, a Long Island-based arts monthly. A man who knows his way around the arts? Every corner of it, in both suits and ties and hockey jerseys.

The second son of a Nassau County Police Officer (John F., his father, is responsible for Eisenhower Park’s Safety Town, a project that teaches children traffic safety) and a house wife, John followed older brother Robert to Hofstra and majored in Communications, graduating with a B.A. in 1982. An avid CD and sports card collector, he’s been married for 26 years to wife Joni, a graphic artist for the Town Of Hempstead and former co-publisher of the LIE.

Blenn has built a reputation for his “live sitcom” style, a wicked eye for human behavior and its foibles. He’s poked fun at everything from Suburbia to Politics, The Courts to Children’s Theatre, Television to Dinner Theatre and Romance to Trailer Parks. Luminaries such as King Of Queens’ star Kevin James, Joey Kola from the Martha Stewart Show and Jackie “The Jokeman” Martling, Howard Stern’s chief writer for 16 years, have come to Blenn’s shows and lauded his abilities., Blenn has also done stand-up comedy, opening shows for people like Kola, Uncle Floyd, Chris Rush, Eddie Brill, John Mc Clellan and Joe DeLion.

In addition to his work as a playwright/director/actor, Mr. Blenn’s company, Middle Class American Productions, has produced fifteen new writers’ series, including American Dating Catastrophes XV, which was produced at the Bellmore Showplace in July 2017 and three magic productions — noted international performers, Joe DeLion’s DeLion’s Den(1993) and Scott Interrante’s Tricks of the Trade (1995) and Houdini’s Ghost (1998). His latest place, Respect The Craft, a comedy about a suburban acting school, debuts this summer.

The East Meadow native has continued to build a sizable fan base and we believe he would make for a truly interesting interview. He’s has been a guest on News12 (with Doug Geed), Ed Lowe’s Telicare Show, Valerie Forte’s “On the Island”, Channel 21’s Metro Guide with Laura Savini, Public Access’ “Making A Difference”, WBAB-FM, WGBB-FM, WKTU-FM and is recognized as a pioneer in the all-too-rare field of ORIGINAL Long Island theatre. Blenn also portrayed diner owner Marky Dee in Martin Guigui’s 2017 film, 911 and has appeared in Here Comes The Boom with Kevin James, Henry Winkler and Salma Hayak, Bronx Bull with William Forsythe, Paul Sorvino, Penelope Ann Miller and Tom Sizemore, the Dennis Quaid thriller, Beneath The Darkness and is set to play a lead in the Sunset Pictures slice-of-life comedy, George Bailey, which also features Blenn as the screenwriter. Other appearances include Mall Cop with Kevin James, Thicker Than Water, Evil Streets and sitcom pilot, Reelin’.

0
For some celebrities, this moment away from the public eye has been a much-needed break. They’re not going to say they’re...
Read more
Film