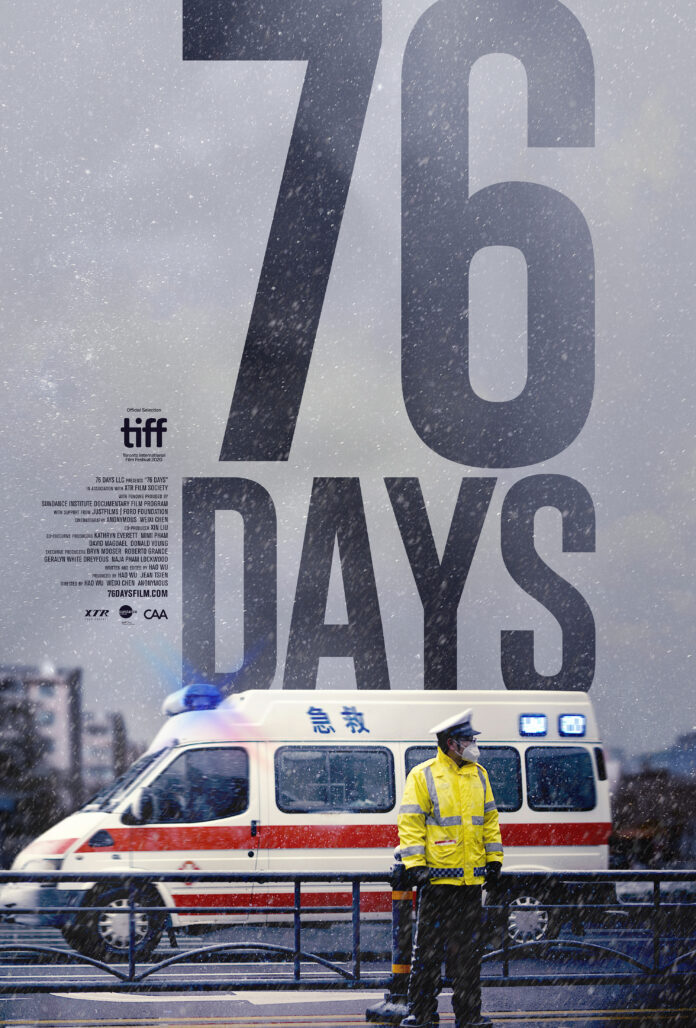 It had its world premiere at the 2020 Toronto International Film Festival on September 14, 2020, to critical acclaim. It was released in the United States on December 4, 2020, by MTV Documentary Films. It was shortlisted for the 93rd Academy Awards in the Documentary Feature category. The film won a 2021 Primetime Creative Arts Emmy Award for Exceptional Merit in Documentary Filmmaking, becoming the first Emmy win for the Pluto TV network, which aired the film in late 2020.

Synopsis: Health care workers and patients combat the COVID-19 outbreak during a lockdown in Wuhan, China.

A raw, fly-on-the-wall recounting of hospital life in Wuhan in the early days of the COVID-19 pandemic, 76 Days is an engrossing and potent documentary – and a surprisingly comforting portrait of humanity.

0
Loki premiered on June 9, 2021. Its first season, consisting of six episodes, concluded on July 14 and is part of Phase...
Read more
Film